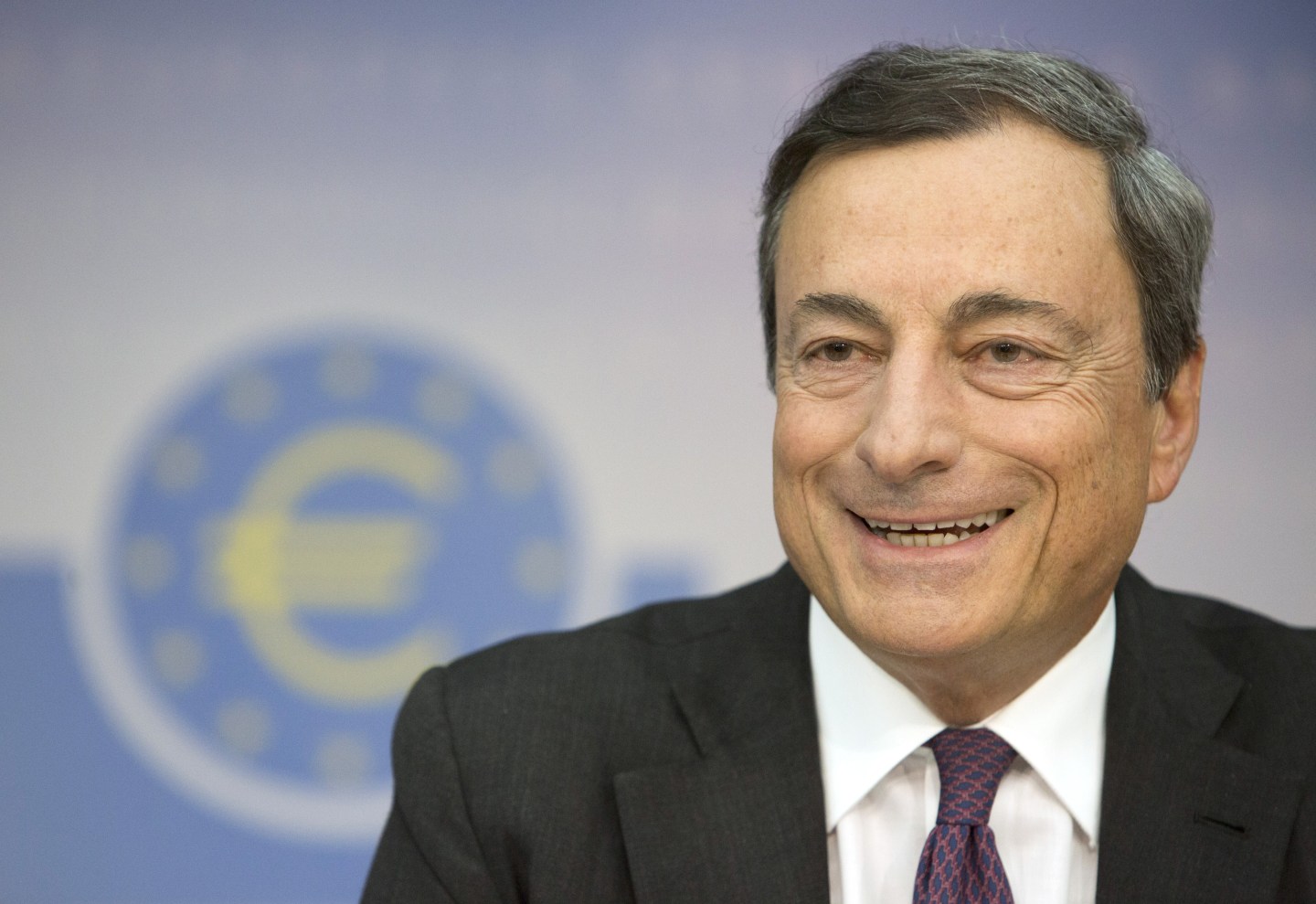 Mario Draghi, president of the European Central Bank (ECB), reacts as he speaks during a news conference to announce the bank's interest rate decision in Frankfurt, Germany, on Thursday, Sept. 4, 2014. The European Central Bank unexpectedly cut interest rates at today's decision to spur economic growth and stave off the threat of deflation. Photographer: Martin Leissl/Bloomberg via Getty Images
Photograph by Martin Leissl — Bloomberg via Getty Images

Here are three mega/meta stories to watch this morning:

1) Central bankers are in the spotlight. Mario Draghi had a rare misstep yesterday, delivering less stimulus than the markets thought he had promised, prompting a global sell off. Meanwhile, unless this morning’s employment report is disastrously worse than expected, Fed Chief Janet Yellen will finally raise interest rates this month.

2) U.S. healthcare is headed for (another) crisis. The Senate last night voted to repeal President Obama’s signature accomplishment – the Affordable Care Act – while House Speaker Paul Ryan said Republicans planned to “replace every word of Obamacare.” This is election year posturing. But even more sober observers see a reckoning coming. “I think there is a perfect storm building,” says Sir Andrew Witty, CEO of GlaxoSmithKline (GSK), who visited Fortune’s offices yesterday as we were packing for our move today to downtown Manhattan. Witty believes a combination of high health care costs, excess regulation, and election-year jockeying, are going to force a rethink of U.S. healthcare policy in the next few years. I think he’s right – which is one reason why I think Pfizer’s (PFE) decision to move to Ireland is so badly timed. (You can read my editor’s note on this topic in the upcoming issue of Fortune magazine here.)

3) As climate talks continue, clean energy is struggling in the U.S. Yesterday, David Crane, the farsighted CEO of NRG Energy (NRG) who pursued an aggressive clean energy investment plan at the utility, stepped down under pressure from investors over the poor performance of those investments. Meanwhile, we have a story in the new issue of Fortune magazine on investor Vinod Khosla’s troubles with a Mississippi biofuels plant, which is well worth reading here. Elon Musk said yesterday a carbon tax will be needed to move the world off fossil fuels.

If you are interested in the future of energy – and if you aren’t, you should be – sign up for our Brainstorm E conference, which will bring together the smartest people we know in this field May 16-17 in Carlsbad, California. Register here.