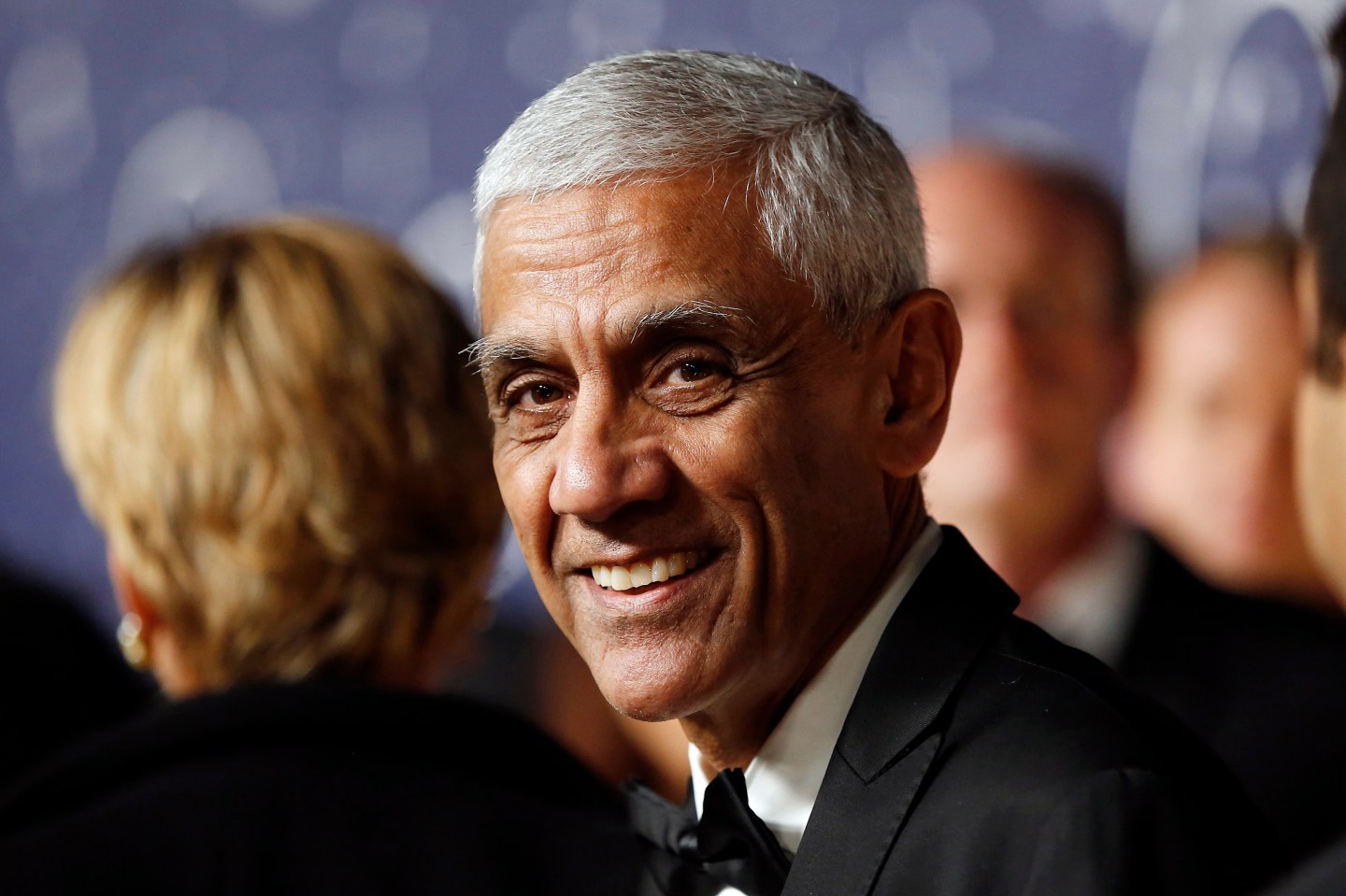 When it comes to existential threats facing the human race, venture capitalist Vinod Khosla is more concerned about new technologies that can be used to remove genes in embryos that cause illness than he is about artificial intelligence.

Khosla, the high-profile founder of Khosla Ventures, made his case while answering a question Wednesday on the website Quora. A member of the public had asked about comments made earlier this year by Tesla CEO Elon Musk that artificial intelligence, whereby computers can think for themselves, is humankind’s “biggest existential threat” because of the risk of that humans will lose control of the technology. It could be that AI weapons fall into the wrong hands or that perhaps computer systems begin to perform in ways humans don’t expect and can’t control.

Khosla’s response was to point out that technology is a tool that must be managed, comparing improvements in computer technology to advance in nuclear science. Applied one way, nuclear science offers bombs, but applied another, it’s a source of clean energy.

Likewise, artificial intelligence, if managed, can be equally beneficial for humanity, said Khosla, who co-founded Sun Microsystems. However, CRISPR, the technique bacteria and now humans, are using to edit MANIPULATE genes in animals, is a bit more worrisome, he argued.

So I think Elon’s concern is a valid concern and one we should pay attention to, but probably more manageable than he might intimate. I can think of more scary technologies that we’re using today – CRISPR being one in biology – which has equally scary potential.

One reason CRISPR is likely scarier for Khosla is that he says that Chinese researchers are already using it to edit genes in human babies, which should bring about a debate about use of the technology and protocols. A positive use of such a technology would be eliminating genetic diseases, but fears are that geneticists could create so-called designer babies that are more intelligent.

In his answer, however, Khosla seemed ambivalent about government regulation as the answer because government is generally too slow.

As for artificial intelligence, he’s not worried about computers taking over anytime soon. “We don’t know if we could get there in 20, 30, or 50 years, but it’s unlikely to be in five,” he said.