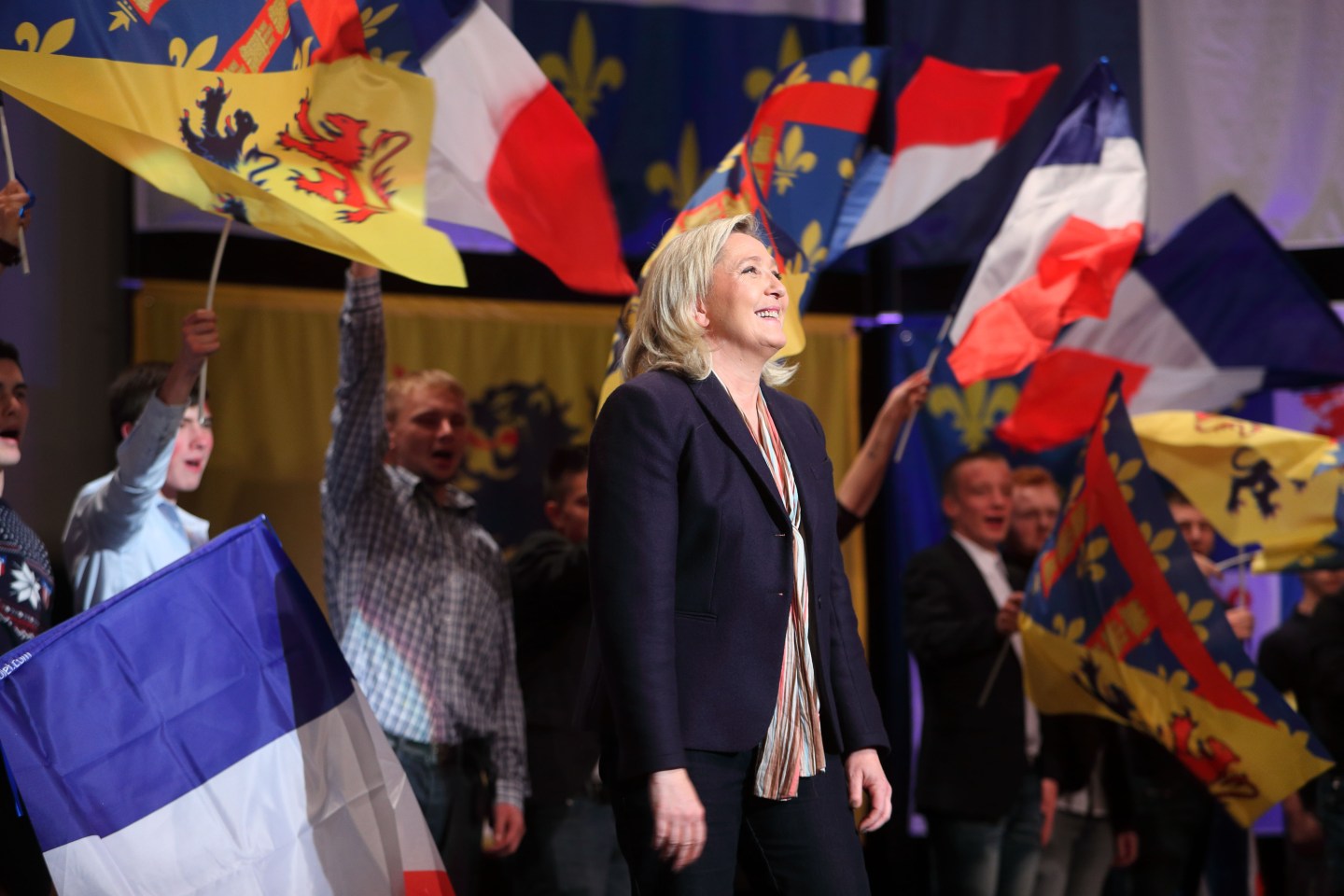 France’s far-right National Front (FN) party is poised to make big gains in regional elections across the country at the weekend, as the mood of protest against establishment parties grows in the wake of terror attacks and record joblessness.

According to figures released by state statistics office Insée Thursday, the number of people out of work in mainland France rose to an all-time high of 2.95 million at the end of the third quarter, equivalent to 10.6% of the workforce, itself the highest rate since 1997.

The figures give further ammunition to the FN of Marine Le Pen, which is already riding a wave of anti-immigrant sentiment in the wake of last month’s attacks in Paris. According to opinion polls this week, FN candidates are poised to top the polls in both the Alsace-Lorraine-Champagne-Ardenne region in France’s east, and in the northern region of Normandy. They’re also set to win in the southern Provence-Alpes-Cote d’Azur region (its traditional power base) and in Nord-Pas de Calais-Picardie, where Le Pen herself is leading the FN campaign.

As such, the FN could take power in at least one-third of the regions of mainland France, unless voters from the mainstream center-left and center-right parties unite to defeat it in the second-round run-offs on Dec. 13. Opinion polls suggest this will be a tall order, with many voters preferring to switch their vote to the FN in the second round.

Hollande’s personal popularity rating have improved sharply (from a very low base) since the attacks, after he declared a state of emergency and ramped up the bombing of Islamic State targets in Iraq and Syria. But his promise to deal with France’s most intractable economic problem is further than ever from being met.

Insée’s figures are all the more depressing because joblessness is falling in most of the rest of Europe (in some cases dramatically so), as the economy recovers from the Eurozone debt crisis. France’s jobless rolls grew by over 120,000 in the year to October, according to Eurostat, while Italy’s shrunk by over 400,000 and Spain’s by over 500,000 (although Spain’s jobless rate remains nearly twice France’s at 21.6%). Under Hollande’s Socialist government, the country has shied away from the kind of labor market reforms that were forced upon countries like Spain through their bailout programs.

Analysts have argued for years that the particularly high rate of joblessness among the country’s largely Muslim immigrants (and their French-born children) has provided fertile ground for radical Islam. But joblessness also appears to be radicalizing the youth of white French voters too. According to an Ifop poll, 40% were prepared to vote for the FN even before the Paris attacks.