There’s Now a Tinder For Mergers and Acquisitions 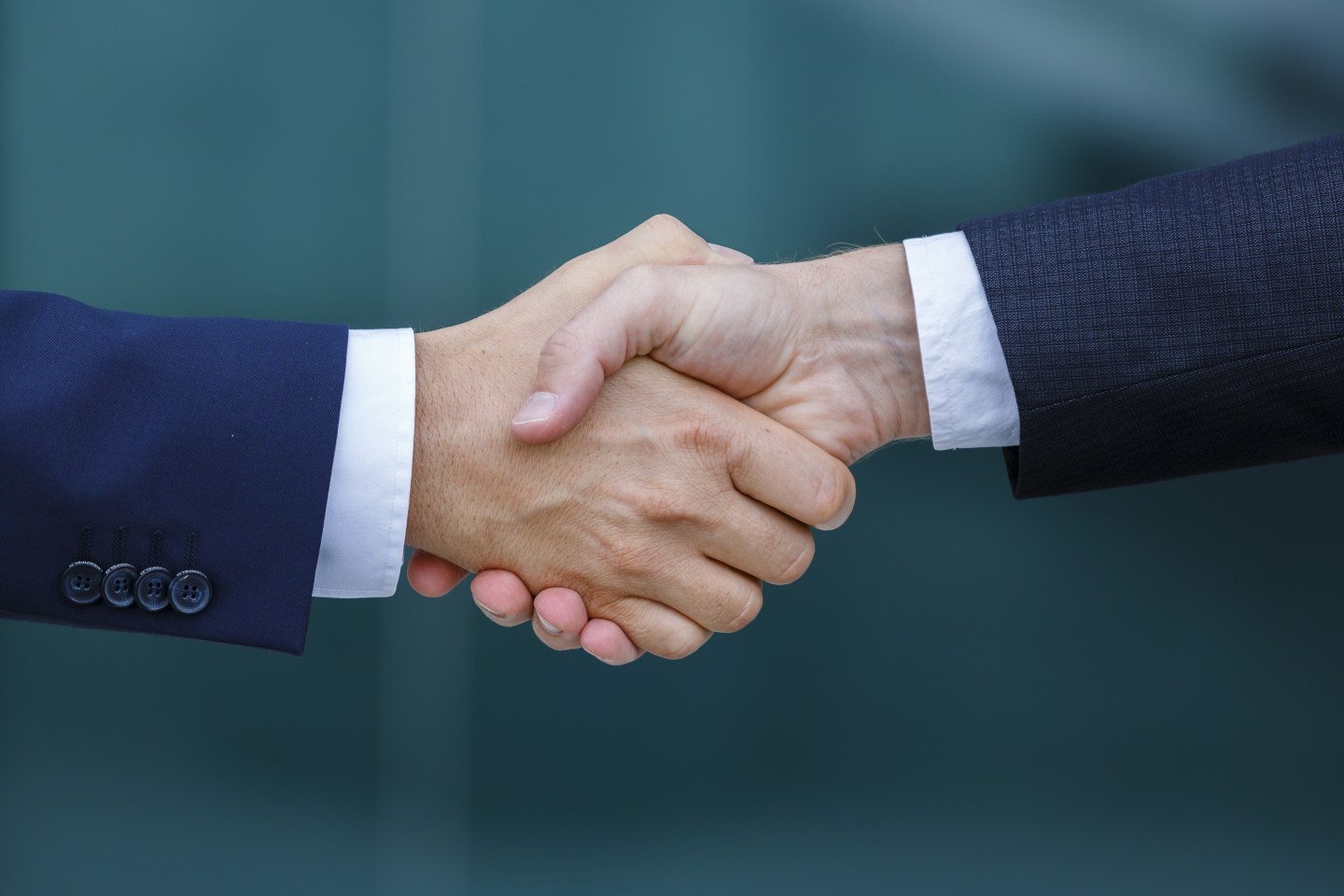 Software maker Axial Networks Inc. has simplified the merger and acquisition process with a Tinder-like platform, Bloomberg reports. Executives input company financials and any other essential information, which can only be seen by Axial. An algorithm is then used to match them with potential buyers, or with investors and lenders if they’re looking to raise capital rather than sell. They can then directly message the broker or executive facilitating the deal.

Axial has arranged about 500 deals this year, most of which have been valued between $5 million and $100 million, much smaller than deals advised on by large Wall Street firms. (Goldman Sachs, for example, advises on deals valued at an average of $5.3 billion.)

Subscription fees range from $15,000 to $90,000 annually. According to Bloomberg, Axial currently has 20,000 members and 1,300 paying entities. Unlike investment banks, it doesn’t take a cut of the transaction and instead makes money off of subscriptions.

“As a private equity firm, we like it and we don’t like it, because it makes the auction process a little more robust,” Steve Connor, director of business development at Hamilton Robinson Capital Partners, told Bloomberg.

But it also provides a much wider network than a small broker could. Similar services include DealNexus and MergersClub, although Axial’s biggest competition is traditional networking.

In 2014 Axial brought in about $7.2 million in revenue, but it is not yet profitable.