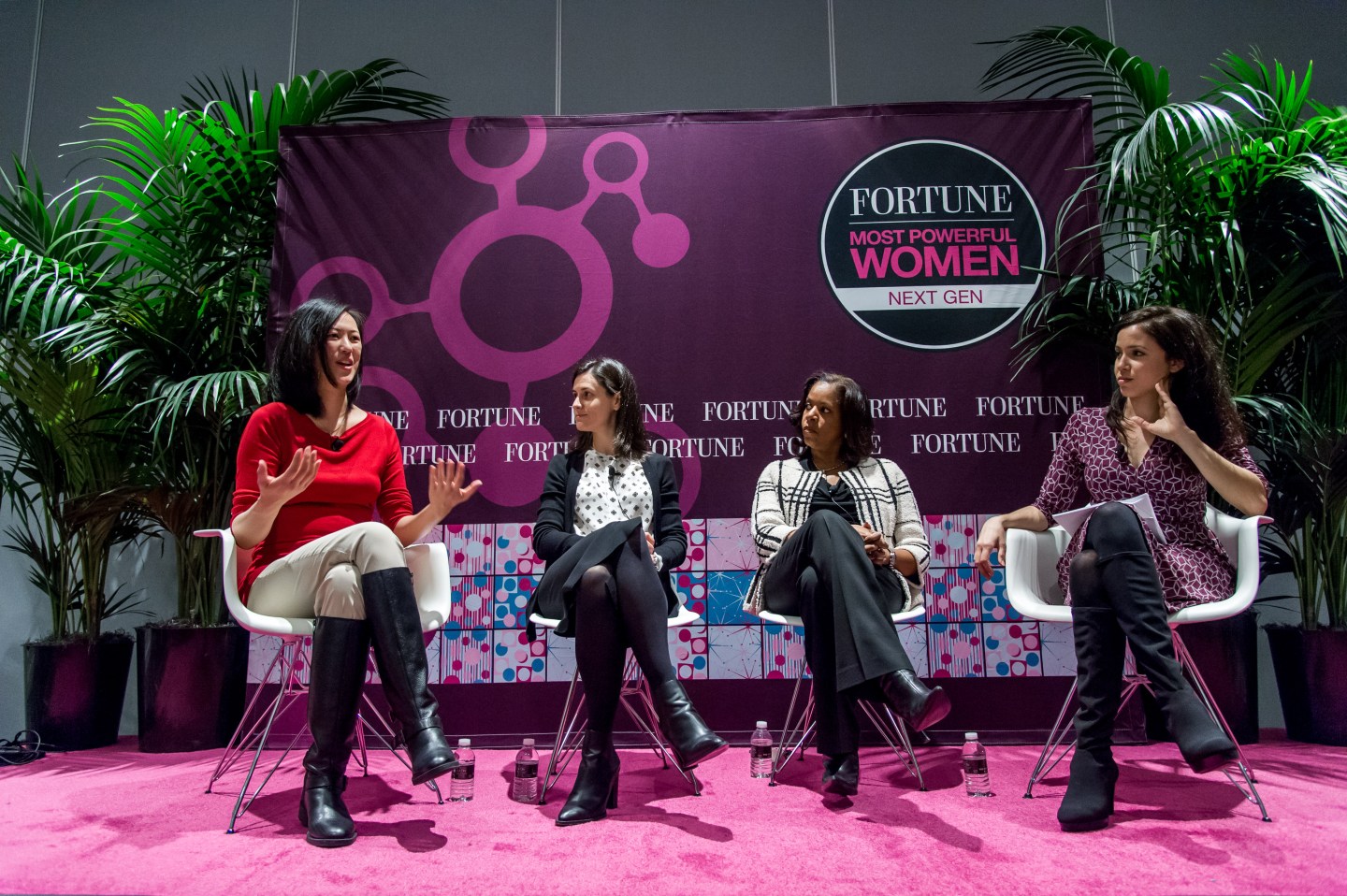 When you were in school, how would you have felt about bringing home a C minus? Probably not great, right? Yet that’s the grade a panel of diversity hiring experts at the Fortune Most Powerful Women Next Gen conference in San Francisco assigned to American companies for their efforts to step up the hiring and promotion of women.

To be fair, companies looking to diversity their workforce face a complex set of challenges. In a panel discussion about recruiting on Wednesday, Deborah Liu, VP, platform for Facebook, summed it up this way: “It’s not just the pipeline—it’s bringing [women] in, it’s training them, and then it’s retaining them over time.”

Liu and her fellow panelists offered a range of ideas and suggestions that might help employers attract—and keep—women and ethnic minorities.

You can’t hire more women unless you bring in more female candidates to interview. One way Facebook has tried to do so is by adopting the Rooney Rule, said Liu. This technique, which originated in the NFL, requires hiring managers to bring in at least one female or minority candidate for every open job.

“Hire whoever you want, just make sure you interview someone who doesn’t look like everyone else in the room,” said Liu.

Research has found that women are likely to turn down job offers if every single person they meet during the interview process is a man, says Liu: “You’re looking for models of success that look like you.”

“Are we creating the right environment with the right representation of women at senior levels?,” asked Sandra Phillips, Toyota’s general counsel and chief legal officer. “Putting women in hiring and leadership roles [is important] because when folks see that they know it’s a place they can work and thrive.”

That said, they also warned that it’s a mistake to view these arrangements as women-specific. Liu brought up Facebook CEO Mark Zuckerberg’s recent announcement that he’s taking two months of paternity leave, as well as the social networking company’s move to provide all global employees with up to four month of parental leave.

“These policies are also very, very valuable for men,” said Phillips. She noted that she’s observed equal numbers of men and women take advantage of a company rule change that allowed employees to opt out of extensive work travel. “Until we put these policies on the table and make it safe for people to avail themselves of them, we’re not going to get anywhere,” she said.

4. Start from the top

Zuckerberg’s choice to be so public about his decision to take leave is a good example of an executive modeling diversity-friendly behavior for his or her employees.

Panelist Alyse Bodine, partner-in-charge at Heidrick & Struggles’ Philadelphia office, noted that for the Rooney Rule and other diversity hiring strategies to take hold, the leadership of the company must be engaged and committed. “They are the ones who hold our feet to the fire to present a diverse slate [of job candidates].

Phillips said that at Toyota, the diversity inclusion team is part of a group that reports directly to the auto giant’s CEO. That helps reinforce the idea that the company views hiring women and minorities not as a “feel-good thing, but as a business imperative.” Says Phillips: “It’s what going to keep us great and what’s going to make us great in the future.”