Fashion CEOs Are Banding Together to Fight Climate Change 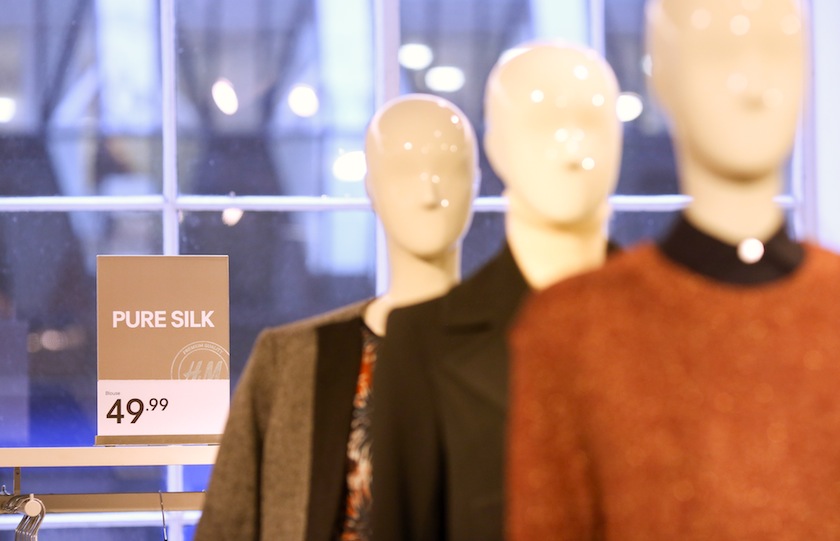 A row of mannequins stand on display at a H&M fashion clothing store, operated by Hennes and Mauritz AB, in London, U.K., on Friday, Oct. 16, 2015. Britain's inflation rate turned negative for only the second time since 1960 in September, reflecting weak price pressures that the Bank of England has warned will persist into 2016. Photographer: Chris Ratcliffe/Bloomberg via Getty Images
Photograph by Chris Ratcliffe — Getty Images

The chief executives of seven top clothing companies, including Hennes & Mauritz, Gap (GPS), and Adidas, are calling on governments to agree to a strong climate change deal, saying they fear that global warming will drive up their costs.

Almost 200 nations are meeting in Paris until Dec. 11, trying to work out a deal to limit a rise in temperatures blamed on increasing emissions of greenhouse gases.

“We come together to acknowledge that climate change is harming the world in which we operate,” read the joint declaration, also signed by heads of Levi Strauss, Timberland-owner VF Corp (VFC), Eileen Fisher, and Burton Snowboards.

“Climate-change mitigation and technological innovation are vital to the health and well-being of those who make and use our products, as well as to the future supply of materials needed to make those materials,” they added.

The seven companies are among the world’s top users of cotton, and the executives said they were concerned that climate warming could drive up costs by harming cotton production.

Faced with criticism that the fashion industry helps fuel a wasteful throwaway culture, companies such as H&M and Adidas have been trying to improve their environmental credentials by launching products made from recycled materials.

The apparel industry accounts for 10% of global carbon emissions, with more than 150 billion garments produced every year, according to Zady, a fashion website that seeks to encourage consumers to buy fewer, higher-quality garments produced in a more sustainable way.

The seven executives said that they hoped the Paris deal would ensure net zero greenhouse gas emissions well before the end of the century as well as include assurances that national climate commitments are strengthened every five years, starting in 2020.

The declaration included no new commitments from the companies themselves on how they plan to help reach those aims.