Android Users Are About to Get a Bunch of New Emoji 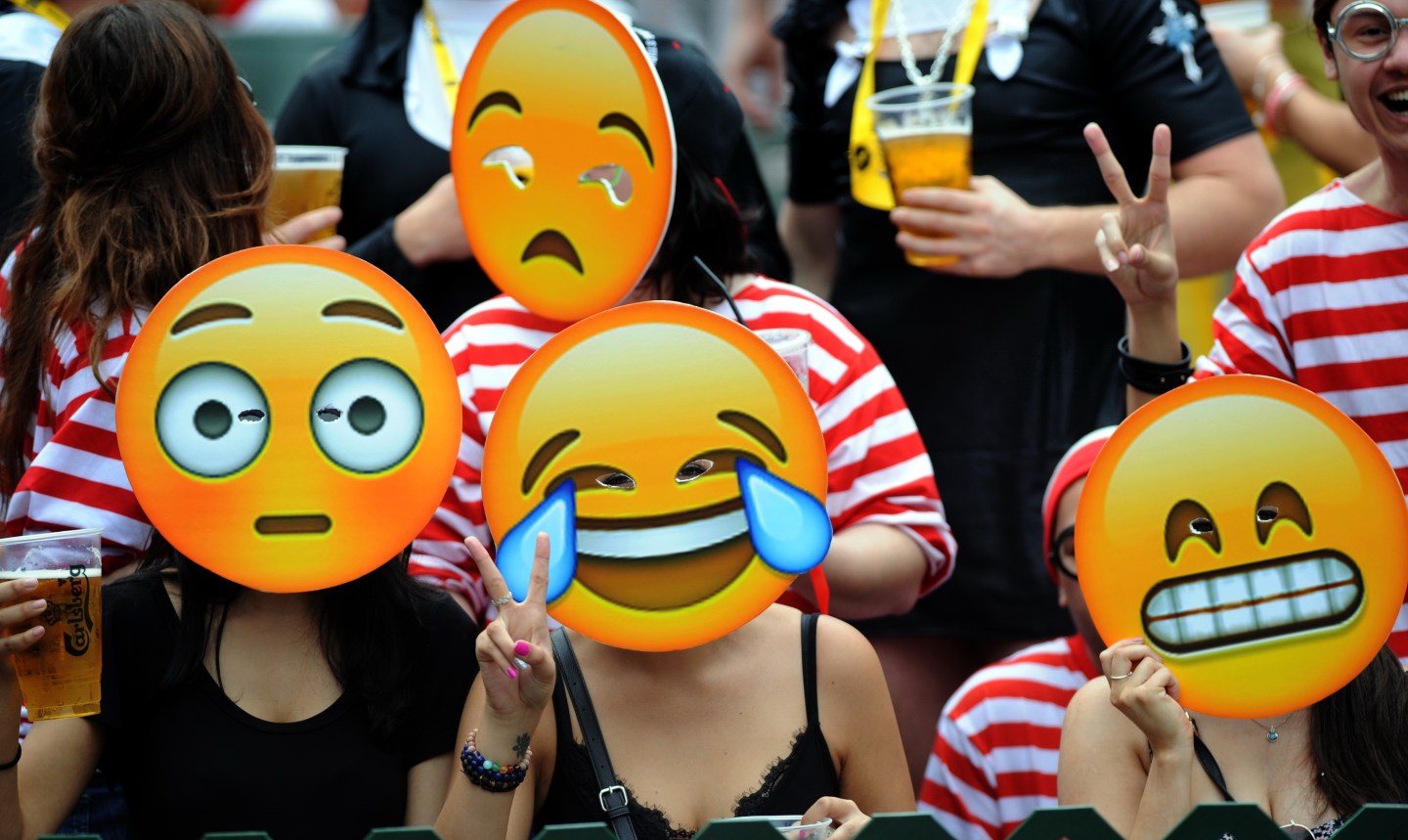 Fans wearing emoji masks watch a rugby match of the Hong Kong Seven 2015 in Hong Kong, China, 28 March 2015. At the Hong Kong Rugby Sevens 120,000 people turn up, a lot of beer is drunk, colorful costumes are flaunted and Fiji normally wins. This year was the 40th anniversary of the tournament and the event followed the script. Fiji beat New Zealand 33-19 in the final to win for a record 15th time, and the crowd barely noticed. One of the loudest cheers of the day came when Zimbabwe scored a try against Russia. Neither nation is known for its rugby. There were also noisy jeers when Hong Kong Chief Executive Leung Chun-ying was announced at the prize giving cermony. The rugby forms a backdrop in Hong Kong to the crowd, the reveling thousands who turn up in coordinated costumes to party and drink beer, sold in one-liter plastic cups. Long lines form for the south stand of the Hong Kong Stadium, the most raucous spot to sit or stand. Long lines then also form for the bathrooms. Many people in the stadium weren't watching the rugby, instead swiveling away from the pitch to look at the people in the crowd behind them as they danced and threw rugby balls and glasses of beer at each other.
Photograph by AP

Android users rejoice, a plethora of new emoji are coming for you.

Google’s senior vice president of Android, Hiroshi Lockheimer, announced that the Nexus phone will add a suite of all-new emoji next week. The full lineup isn’t yet confirmed, but it will certainly include a unicorn, lion, and crab, according to Lockheimer’s tweet preview.

Nexus users will be the first to get the new release, and since Android platforms are spread over multiple manufacturers, it will be up to each company to push out an update to appropriate users. Therefore, Android phones from Samsung , LG, or HTC won’t be able to download the new emoji suite right away.

Look! New emoji coming to #Nexus next week. Fonts and tech details shared with OEMs to include in their updates too. pic.twitter.com/GwvKw2d67p