This City Has Been Named the Most Affordable for Millennials 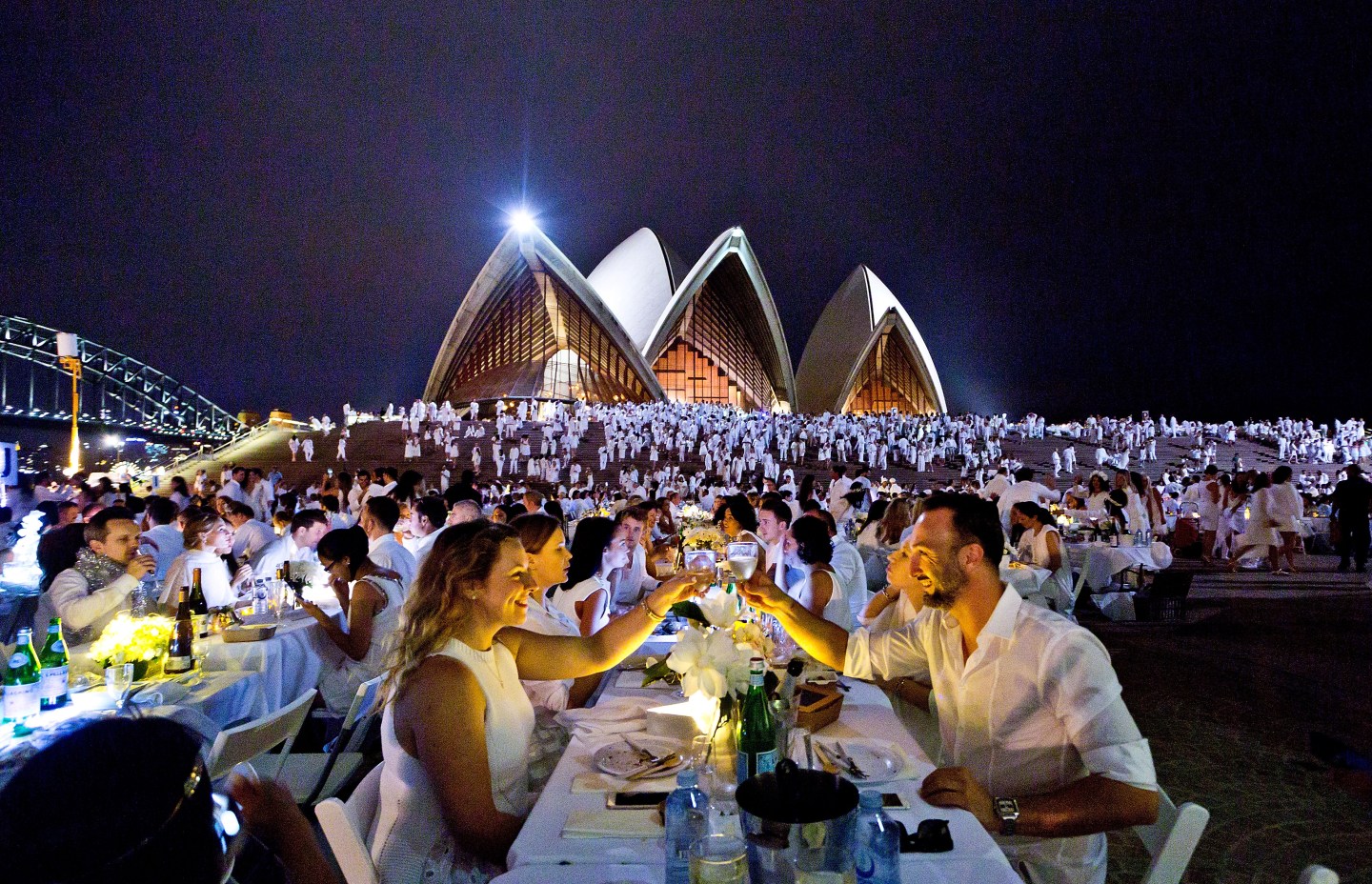 SYDNEY, AUSTRALIA - NOVEMBER 28: Diner en Blanc at Sydney Opera House on November 28, 2015 in Sydney, Australia. Diner en Blanc is a pop-up picnic that started in Paris over 20 years ago. The event takes place annually in over twenty cities around the globe. Guests are required to come dressed in all white and must bring their own white chairs, tables, cutlery, crockery as well as their food and drink. (Photo by Sarah Keayes/Getty Images)
Photograph by Sarah Keayes — Getty Images

G’day, Sydney: You’ve just been named the most affordable city in the world for young people.

The Australian metropolis topped a ranking of the most cost-friendly cities in the YouthfulCities Affordability Index, a study of 55 metro areas from the perspective of 15 to 29-year-olds. The list, pulled together by social startup YouthfulCities, compares the cost of food, housing, public transit, entertainment, and entry-level wages in different cities around the world.

The choice of Sydney might conflict with other lists that place it as one of more expensive cities in the world. But one of the biggest reasons Sydney fared well on YouthfulCities’ list was its high minimum wage: At an average of $16.28 (U.S.) an hour, it was nearly $4 higher than the next city, Paris.

One of the most curious cities spotted in the rankings was Detroit, which came in at No. 3 on the overall affordability list. YouthfulCities attributed the city’s high placement to its low living expenses and found that millennials staying in the Motor City are paying the cheapest relative prices to buy one dozen eggs, and the second cheapest prices for fast food.

Some cities that didn’t fare so well in the affordability index include Moscow, Mexico City and Mumbai, which all finished in the bottom 10 of the study. The lowest ranked U.S. city was New York, which came in at 17th.