What the Presidential Candidates Are Missing by Promising Affordable College Tuition 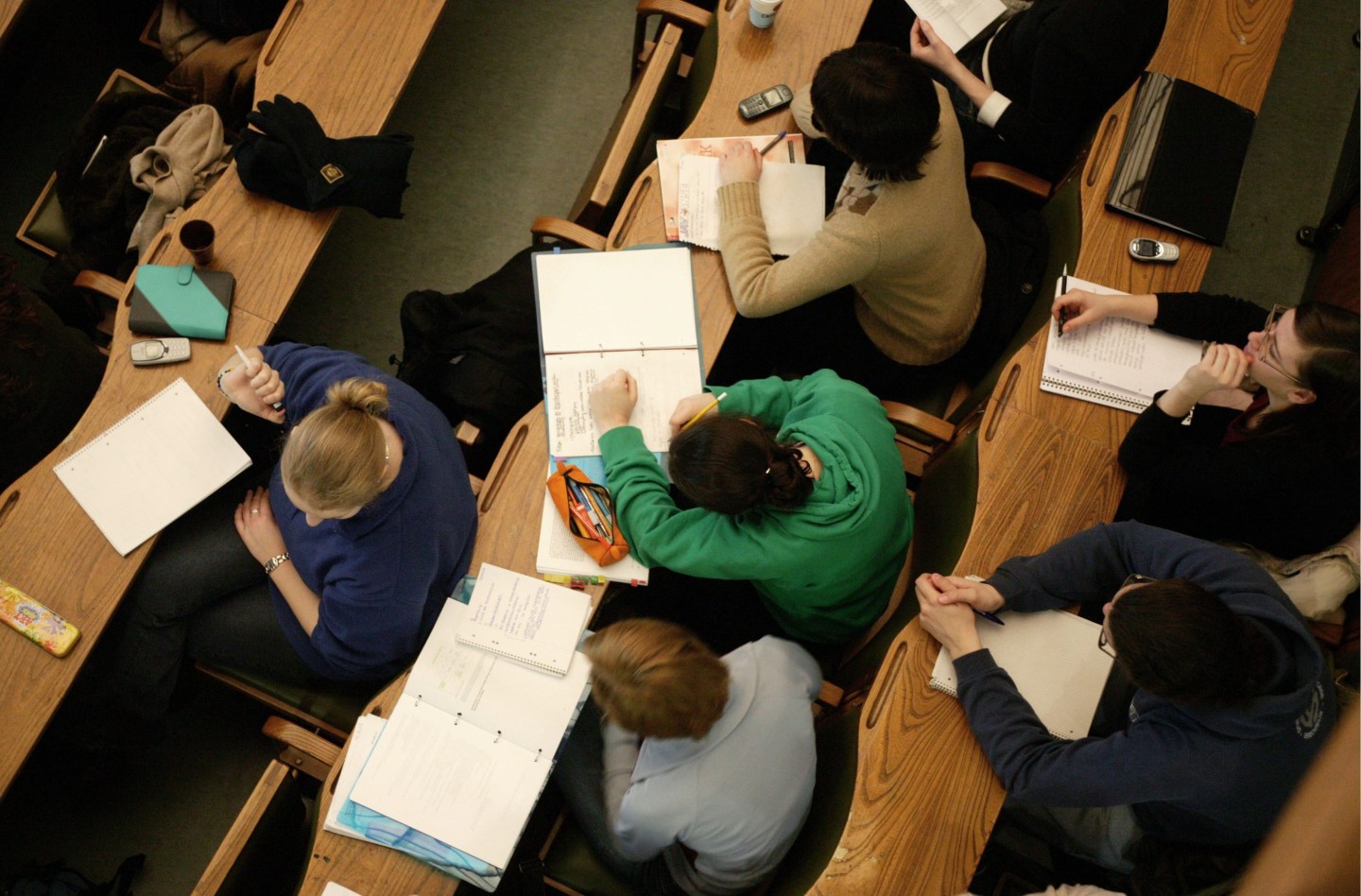 Since the cost of going to college is an important concern for a large segment of voters, the 2016 presidential candidates are all advocating policies aimed at making a college education more affordable.

The Democrats want to use government resources to offer more financial aid and lower the interest rates on federally guaranteed student loans. The Republicans, on the other hand, have offered plans that rely on private sector initiatives and use financial incentives to demand more accountability from universities on performance and cost efficiency.

With all the promises about reducing the cost of attending college, the candidates have paid little attention to the job market conditions for university graduates. A sizable majority of Americans and all the candidates share the belief that a university degree is a valuable investment and government ought to do what it can to help as many people as possible attend college. There is also an intrinsic value to a university education that goes beyond a set of specialized skills for finding a good employment.

But politicians that wish to make college more accessible and more affordable ignore an inconvenient truth: a large number of graduates in recent years have not been able to find well-paying jobs that actually require a degree. Instead, they have found part-time jobs and/or have had to accept low or unskilled ones that pay less than professional positions and underutilize the aptitudes they developed in college.

In other words, many graduates have had to accept jobs for which they are overeducated.

The problem of underemployment

This inability to find a good job, commonly referred to as underemployment, is considered by some experts as a temporary and transitional phase for graduates in the first few years after leaving college.

They argue that these new graduates will eventually be able to find more skilled jobs that match their qualifications. Recent studies of what jobs U.S. college graduates get, however, suggest that this underemployment phase might be more permanent than many believe.

In a 2014 study, two economists affiliated with the Federal Reserve Bank of New York found that since 1990 at least 30% of all workers (aged 22 to 65) with college degrees have been consistently employed in jobs that do not require a college degree for the required tasks, even 10 years after graduation.

Not surprisingly, the percent of recent college graduates (aged 22 to 27) with such jobs has been much higher than the figure above and has ranged from 38% to 49% since 1990.

Worse, this appears to be an increasing trend, with ever-more graduates in occupations that don’t require a degree.

Richard Vedder, director of the Center for College Affordability and Productivity, analyzed 2008 employment data for 20 occupations that—according to the Bureau of Labor Statistics (BLS)—do not require a college degree, such as waitresses, motor vehicle drivers, and mechanics.

He found that workers with at least a bachelor’s degree made up 10% or more of the workforce in nine of these low-skilled occupations.

I calculated the same statistics based on 2011 BLS data. The comparison of 2011 and 2008 ratios shows that in eight of the nine categories that Vedder noted, the percentage of college graduates has increased despite the recovery of the American economy after 2009. So while the unemployment rate has decreased, many college graduates have only been able to find employment in “non-college” occupations.

Why demand for college stays high

This rising trend in college attendance despite the growing risk of underemployment after graduation is not because of irrational calculations on the side of parents and young adults. What they correctly realize is that college graduates at the very least enjoy a leg up over their less-educated peers in getting hired for better-paying yet low-skilled jobs.

So clearly going to college seems wise and beneficial for many individuals, but is it optimal for society?

A large portion of the money spent on college education of a student that ends up in a non-college job is wasted. The student has also wasted four years of his/her life on acquiring skills that he/she does not utilize to earn a living.

If the share who suffered this fate was small or the periods of underemployment were temporary, this situation could be acceptable. But as noted earlier, evidence suggests that there is a persistent surplus of graduates in many college majors such as business, social sciences and agriculture relative to the occupational demand, with at least 30% underemployed even 10 years after graduation, leading to much lower lifetime incomes than new graduates might anticipate.

One of the indicators in this database shows that more than half of graduates at hundreds of colleges are earning less than the average income of someone holding a high school degree ($25,000 a year) 10 years after leaving college. Ideally, this ratio should be zero.

A large number of unemployed and underemployed graduates are also burdened with high student loan debts—more than $100 billion in 2013 alone—they have trouble paying back. We should not forget the billions that federal, state and local governments spend on higher education through subsidies and financial aid—$157.5 billion in 2014.

The portion of this spending that supports the education of underemployed graduates could be used more effectively for job creation or training of students in vocational skills which are more in demand.

The lower cost of online college education will further increase the demand for a degree, but it won’t make it any more likely that there’ll be a good job at the end of it. Just perhaps a little less debt.

As these technologies make a university education more affordable and more convenient, it is even more urgent for policymakers to pay more attention to the crisis of graduate surplus in the market for college jobs.

The U.S. is not the only country that has fallen into an overeducation trap.

Excess supply of university graduates is a global crisis, and in some countries it is even more severe than the United States. I have listed a large number of studies on the rise of overeducation as a serious issue in many countries on my website, www.overeducation.org.

Other developed countries with high levels of overeducation include Canada, Spain and Ireland. Among European countries, Germany has been more successful in keeping the underemployment of college graduates low. Germans have achieved this success by directing a large number of high school students to vocational schools and hence limiting the university enrollment.

The problem, however, is not limited to advanced economies.

Many developing and emerging market economies are also struggling with it. A documentary video titled “Education Education” describes the disappointment of millions of young Chinese that graduate from average and low-quality colleges each year.

In many Middle Eastern countries such as Egypt, Iran and Turkey, high unemployment and underemployment among university graduates is a major cause of social discontent.

Most government policies toward higher education are designed to make college affordable for the largest number of people. But this policy has led to an oversupply of college graduates in many fields that will not easily be corrected by the forces of supply and demand.

It is time for policymakers to acknowledge that the U.S. has an overeducation problem that needs to be addressed at the national level. If politicians focus only on making college more affordable, the underemployment of university graduates will only get worse over time.

Along with making college education more affordable, the government should also preserve the value of a college degree. This can be done by limiting the aggregate enrollment in each degree to projected demand for graduates in that degree in the long run.

The percent of current graduates in each field who are unemployed or underemployed can be a good indicator for managing the overall enrollment caps. The government can also provide incentives to direct more high school graduates to vocational training as an alternative to going to university.

Enrollment caps and calling for restrictions on access to higher education are unpopular and politicians are reluctant to consider it, but inaction will only perpetuate the current situation and will have many negative consequences for college graduates and rest of society alike.

Correction: this article has been corrected to clarify that the College Scorecard database shows how much students are earning ten years after enrollment, not after leaving college.

Nader Habibi is a professor of economics of the Middle East at the Crown Center for Middle East Studies at Brandeis University. This piece was originally published on The Conversation.