How Bloomberg Is Helping Bring China’s Yuan to New York 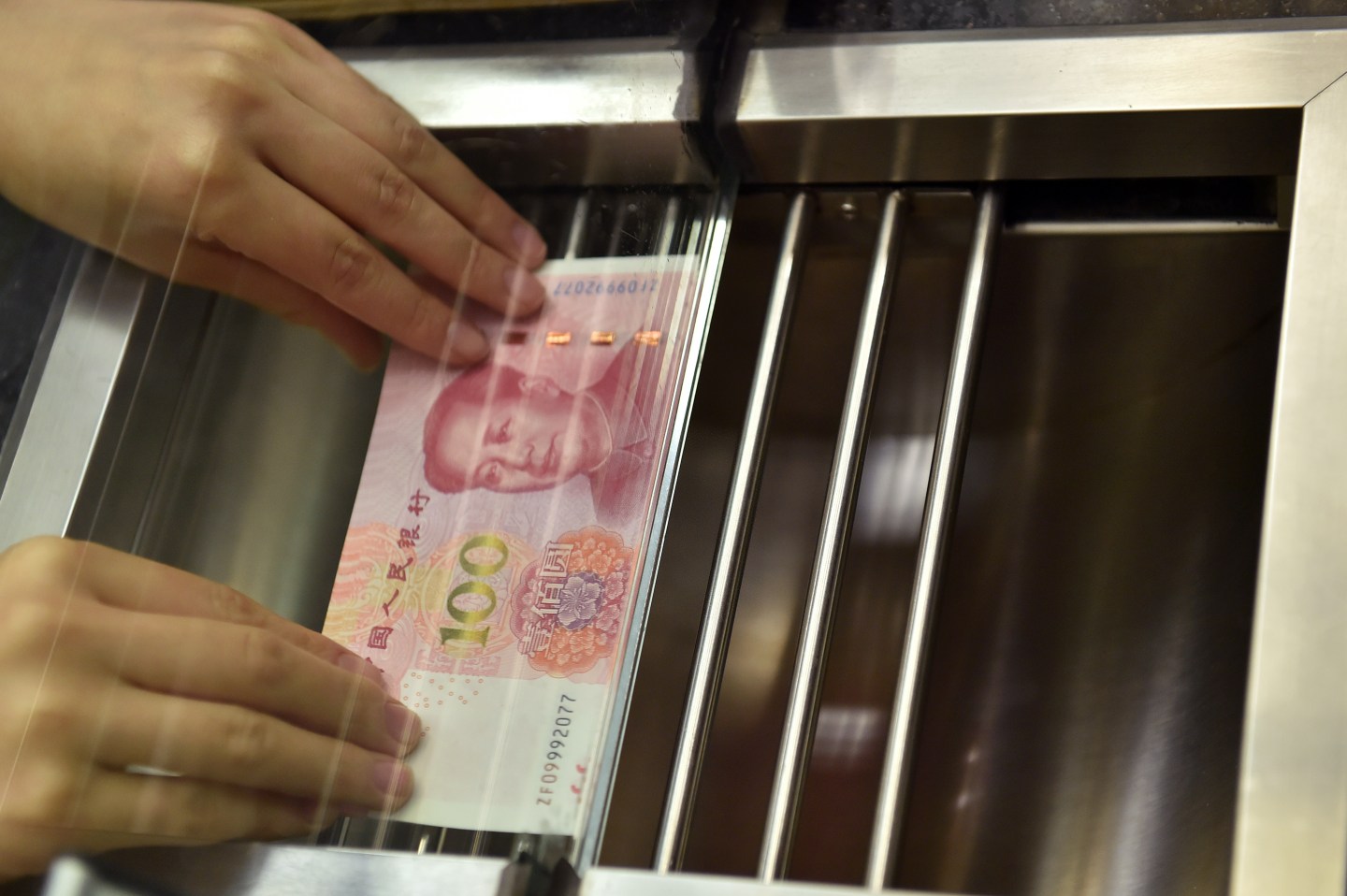 BEIJING, Nov. 12, 2015-- A bank staff member presents a new 100-yuan banknote to a resident at the Beijing Branch of the Bank of Communication in Beijing, capital of China. China's central bank released a new 100-yuan banknote on Thursday. The design stays largely the same as its former series, but the new banknotes are harder to conterfeit and easier for machines to read. The 100-yuan note is the largest denomination of the Chinese currency. (Xinhua/Li Xin via Getty Images)
Xinhua/Li Xin via Getty Images

The IMF’s move to call China’s yuan a global reserve currency this week—ostensibly putting it on par with the U.S. dollar, yen, euro, and pound—was an important symbol of how far the currency has come on the international stage since trading was first allowed outside of China in 2004.

But a little-noticed piece of news that appeared just before the announcement may have made the point even stronger.

That was that billionaire Michael Bloomberg is joining former Treasury Secretaries Hank Paulson and Tim Geithner, and former S.E.C. chairwoman Mary Schapiro in a lobbying effort to create a hub for yuan, also known as renminbi (RMB) trading in New York City, the Wall Street Journal reported. Bloomberg himself had been making the push ever since September, when China president Xi Jinping visited the U.S., the paper said.

The group of prominent names in U.S. finance is expected to help New York follow the example of London, which reached an agreement with China in 2011 to become a hub for yuan trading and which recently accounted for two-thirds of yuan exchange outside of mainland China and Hong Kong. The panel led by Bloomberg says “bringing trading and clearing services for the Chinese currency to the U.S. would lower costs for domestic companies buying goods and services from the Asian nation. It would also create an opening for U.S. financial firms eager to offer those businesses hedges and other yuan-based trades,” the Journal said. (Bloomberg’s motivations appear clear: his eponymous analytic terminals prized by Wall Street traders would benefit from another trading market.)

Yes, the yuan is still subject to narrow trading limits pegged to the U.S. dollar and capital controls that support its value. “What really matters is whether central banks and sovereign wealth funds start to see the RMB as a viable store of liquidity and of value to rival the US dollar,” Fitch Ratings’ Head of Asia-Pacific Sovereigns Andrew Colquhoun wrote recently, concluding that they won’t soon.

But a potential new trading hub on Wall Street should shift the perception among traders and central bankers, even if slightly, that the yuan is taking a bigger position on the world stage.