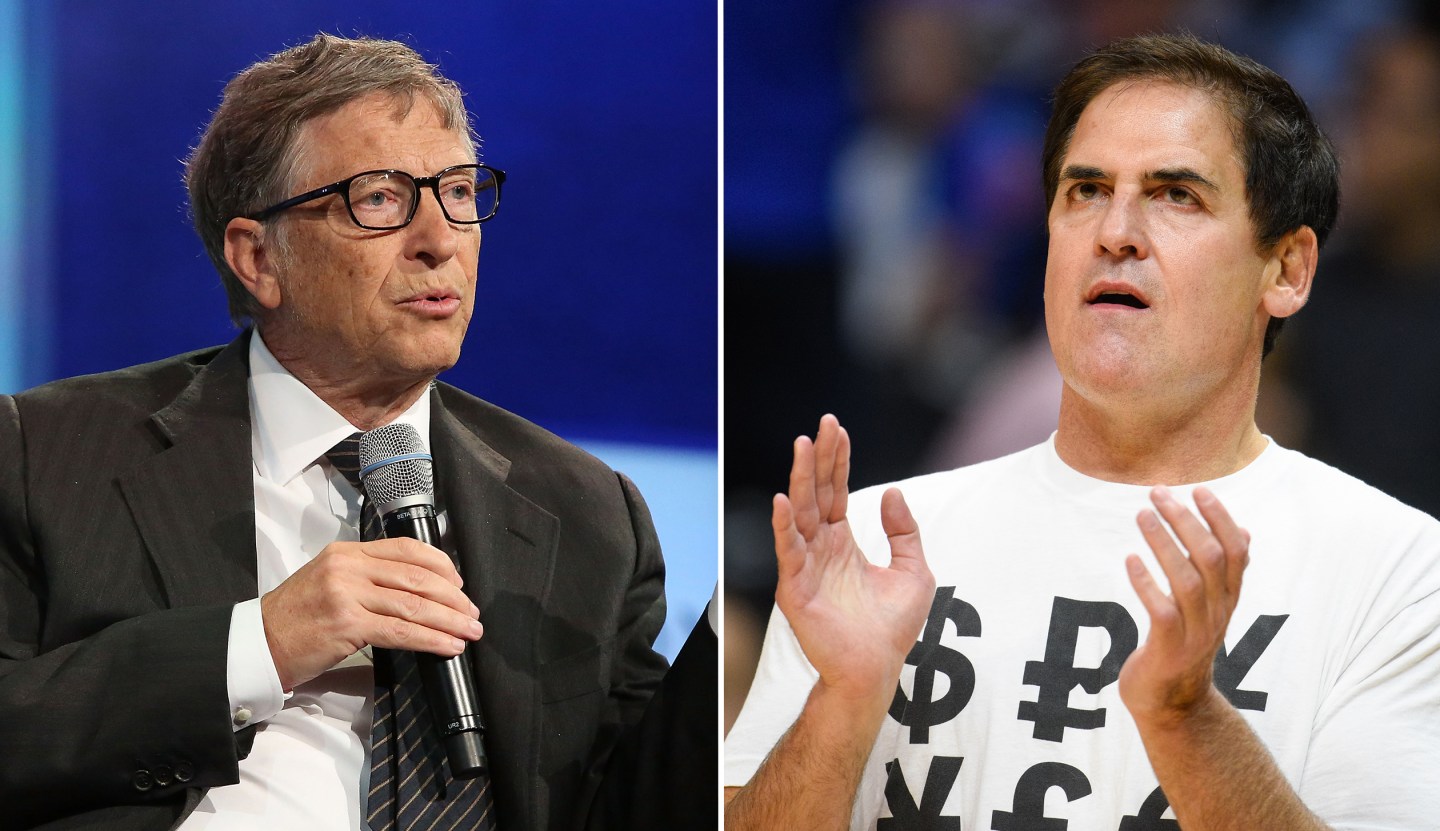 Answer by Elijah Medge on Quora.

When you think of Mark Cuban or Bill Gates, what comes to mind? Perhaps the names of the famous companies they’ve built, charitable foundations they’ve established, or maybe even the television show, Shark Tank. When it comes to their personas, you’d choose words like wealthy, ambitious, and confident to describe them.

Cuban’s failed powdered milk business didn’t enter your mind, right? Of course not, because until now, you’d never even heard about it. What about Gates’ disastrous traffic counter company, Traf-O-Data? Has that name ever come to mind? No.

That’s because when you look at Cuban and Gates today, all you see are the finished products. It’s easy to forget that each of these self-made men once struggled. Each worked his tail off to make a name for himself, each heard discouraging words from peers, and each experienced doubt and fear on a daily basis.

Our surface-level assumptions about entrepreneurship are problematic for two reasons: First, for those who are already on the startup path, the illusion of overnight success can trick them into thinking they don’t have what it takes. Second, this “trendy” career path often attracts interest from those who have no idea of what they are getting themselves into.

As a decade-long entrepreneur with several successful businesses myself, I wish to offer a more intimate look at the climb to the top.

1) I wasn’t always good at this, I promise. In fact, when I first started out, I was quite awful. I ran an unstructured business and was universally timid when it came to making important decisions. It took thousands of hours, and even more mistakes, to become the confident entrepreneur I am today.

2) My office doesn’t look like Google’s (GOOG). When most people think “startup,” they think expansive office, shared desk space, and unusual amenities such as stocked kitchens and yoga rooms. The reality? Even the most successful entrepreneurs are on a tight budget. A big part of staying successful is keeping overhead low and cash in the bank. As much as I’d love an in-house basketball court, what I love more is having the cash flow to invest in my team’s development.

3) I’m used to people turning their noses up at me. In order to get to where I am today, I’ve had to spend years of my life doing things that most people scoffed at. I started in field sales going door to door for commission-based pay. Simply put, most people thought I was either crazy or had no other options. It wasn’t always easy, but I knew I had to keep my head up, despite the abundance of naysayers.

4) I’m not sitting on a beach with my laptop sipping a margarita. Okay, well maybe sometimes. But the large majority of the time, I am hard at work in my office. I’m 32 years old and subscribe to the belief that it’s either “pay now, play later” or “play now, pay later”—and what happens later is always the longer chunk. While it’s great peace of mind to already have the professional and financial freedom to pick up and travel, I know that it’s more important to set myself up for many years of beach-side margaritas (with top-shelf tequila, of course!) in the future.

5) I’m not special. I just work incredibly hard, learn from my mistakes, and never give up. What I do isn’t rocket science. It just requires an unrelenting effort. I’ve seen so many people with loads of potential choose to throw in the towel along the way. Instead, I’ve committed to being the last man standing.

As Vaibhab Shah so wisely said, “Whenever you see a successful person, you only see the public glories, never the private sacrifices to reach them.” Remember this next time you meet an entrepreneur.

This piece was originally published on Quora.

What are ways to prevent millennials from quitting their jobs?

How do I become an expert at “reading” people? And what kind of careers can such experts pursue?

What leadership lessons can we learn from skydivers?