Black Friday Was the Biggest Day Ever for Gun Sales 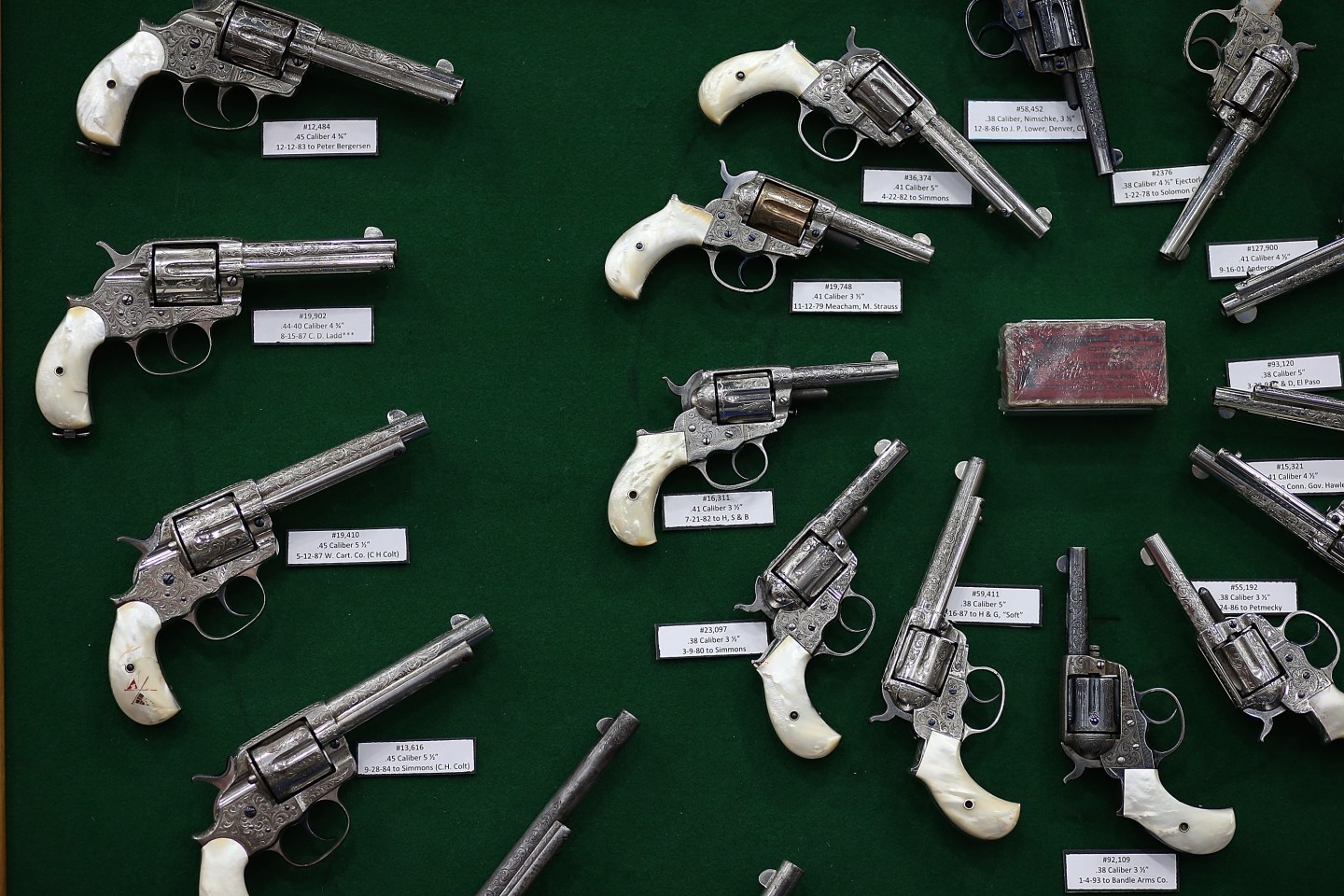 HOUSTON, TX - MAY 05: Vintage handguns are displayed during the 2013 NRA Annual Meeting and Exhibits at the George R. Brown Convention Center on May 5, 2013 in Houston, Texas. More than 70,000 people attended the NRA's 3-day annual meeting that featured nearly 550 exhibitors, a gun trade show and a political rally. (Photo by Justin Sullivan/Getty Images)
Photograph by Justin Sullivan — Getty Images

Some people head out on Black Friday to buy a big-screen TV, or a new coffee machine.

But tens of thousands of Americans this year sought a very different kind of item on what is expected to be the biggest shopping weekend of 2015: guns.

Federal Bureau of Investigation spokesman Stephen Fischer confirmed to Fortune that there were 185,345 background checks on November 27, easily beating the previous all time high of 177,170 on December 21, 2012, which was shortly after the Sandy Hook massacre in Connecticut.

With last week’s big jump, four out of the 11 biggest days ever for background checks were on a Black Friday. On the same day last year, the FBI conducted 175,754 checks.

Big retailers such as Cabela’s and Sportsman’s Warehouse were advertising deals for guns heading into Black Friday.