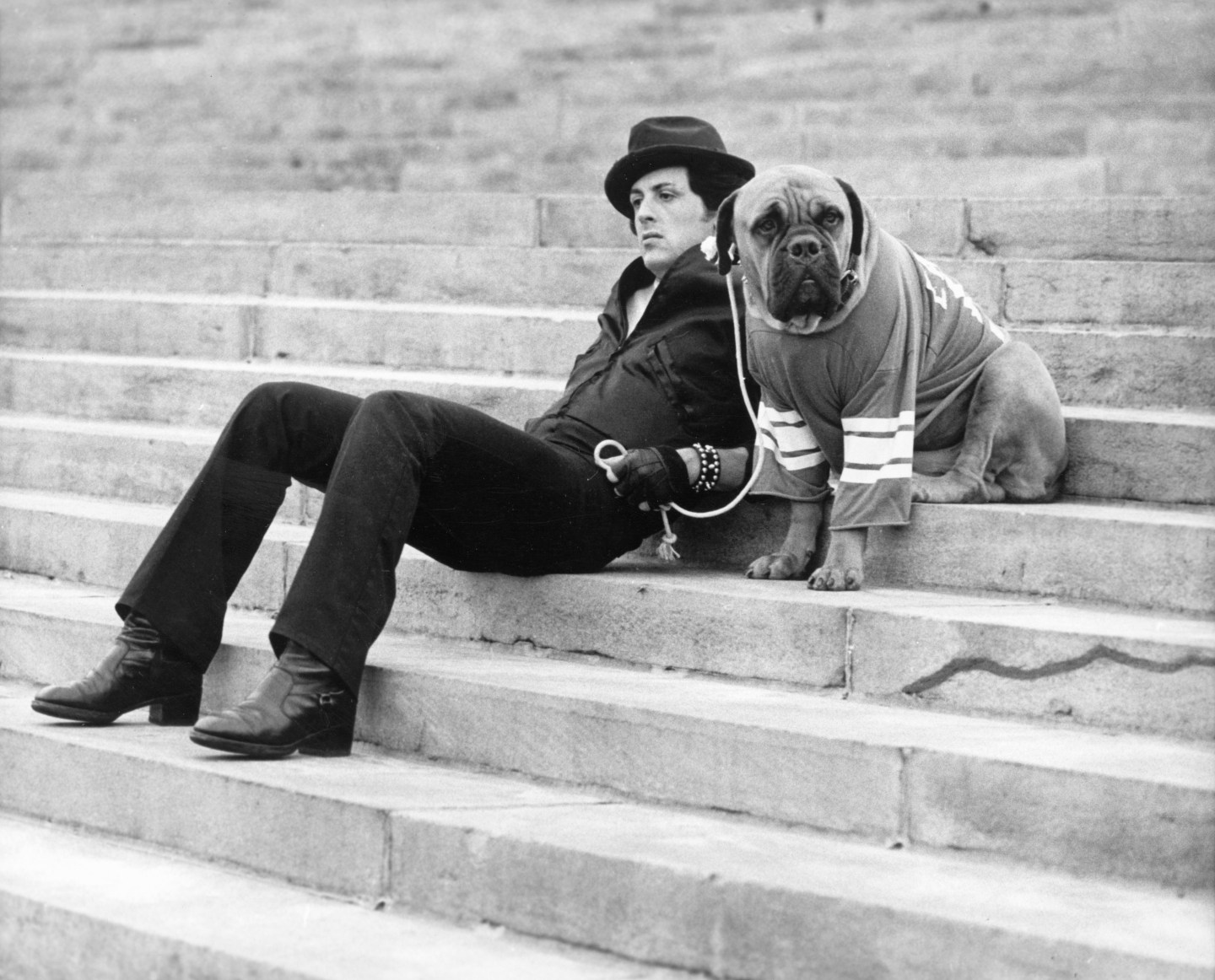 American actor Sylvester Stallone sits on a staircase while holding the leash of a dog wearing a football jersey in a still from the film, 'Rocky,' directed by John G. Avildsen, 1976. (Photo by United Artists/Courtesy of Getty Images)
United Artists Getty Images

The newest entry in the Rocky series, Creed, has a lot of rounds to fight if it wants to knock out the original’s gross ticket sales. Adjusted for inflation, the first Rocky has earned over $400 million, making it the champ of the series. Rocky III, which ranks second at $354 million, opened in almost 400 fewer theaters than the original. Creed is currently ranked last in the series.

Of all the movies out this weekend, Creed’s debut locked in at third behind the final Hunger Games installment and Pixar’s The Good Dinosaur. In the newest Rocky film, Sylvester Stallone, the franchise’s creator and lead actor, helps his former rival’s son, played by Michael B. Jordan, get in the ring. Metro-Goldwyn-Mayer, Warner Bros.(TWX), and New Line Cinema are the studios behind Creed, but United Artists is responsible for five of the seven films.

We’ve taken a look at how the Rocky films stack up compared to each other. Check out their rankings below.