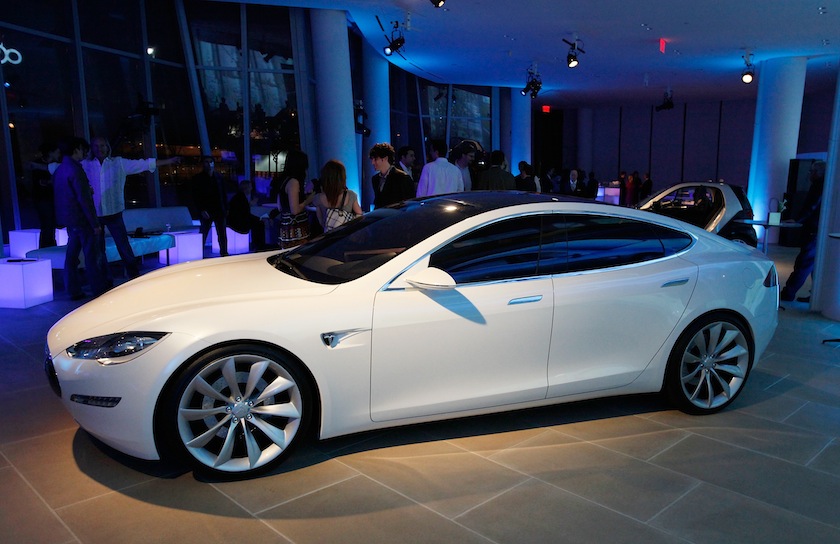 <> a viewing of the Tesla Model S at the IAC Building on April 29, 2009 in New York City.
Photograph by Mark Von Holden — WireImage via Getty Images

Tesla Motors said Friday it is recalling all 90,000 Model S sedans produced to check for a possible defect in the front seat belt assemblies.

The cost of the worldwide recall will be “immaterial,” the company said. The problem was discovered after a single report to the company in early November of a seatbelt assembly breaking when a customer in the front passenger seat of a Model S on the road in Europe turned to talk with passengers in the rear seat.

A Tesla (TSLA) spokesman said Friday there have been no accidents or injuries related to the problem. Tesla officials emailed owners of the battery-powered luxury sedan asking them to bring their cars to one of about 125 Tesla service centers worldwide for an inspection of a bolt that attaches the seat belt mechanism to the body of the car.

Tesla may send service technicians to customers if necessary, a spokesman said. The company sells and services its cars with its own personnel and stores. Other automakers get recall repairs done through networks of dealers.

Tesla is telling customers they can test the seat belt assemblies themselves by pulling “very firmly” on the lap portion of the belt with a force of at least 80 pounds. But the company said customers should still visit a Tesla service center.