This Huge Demographic is Being Left Out of Climate Negotiations 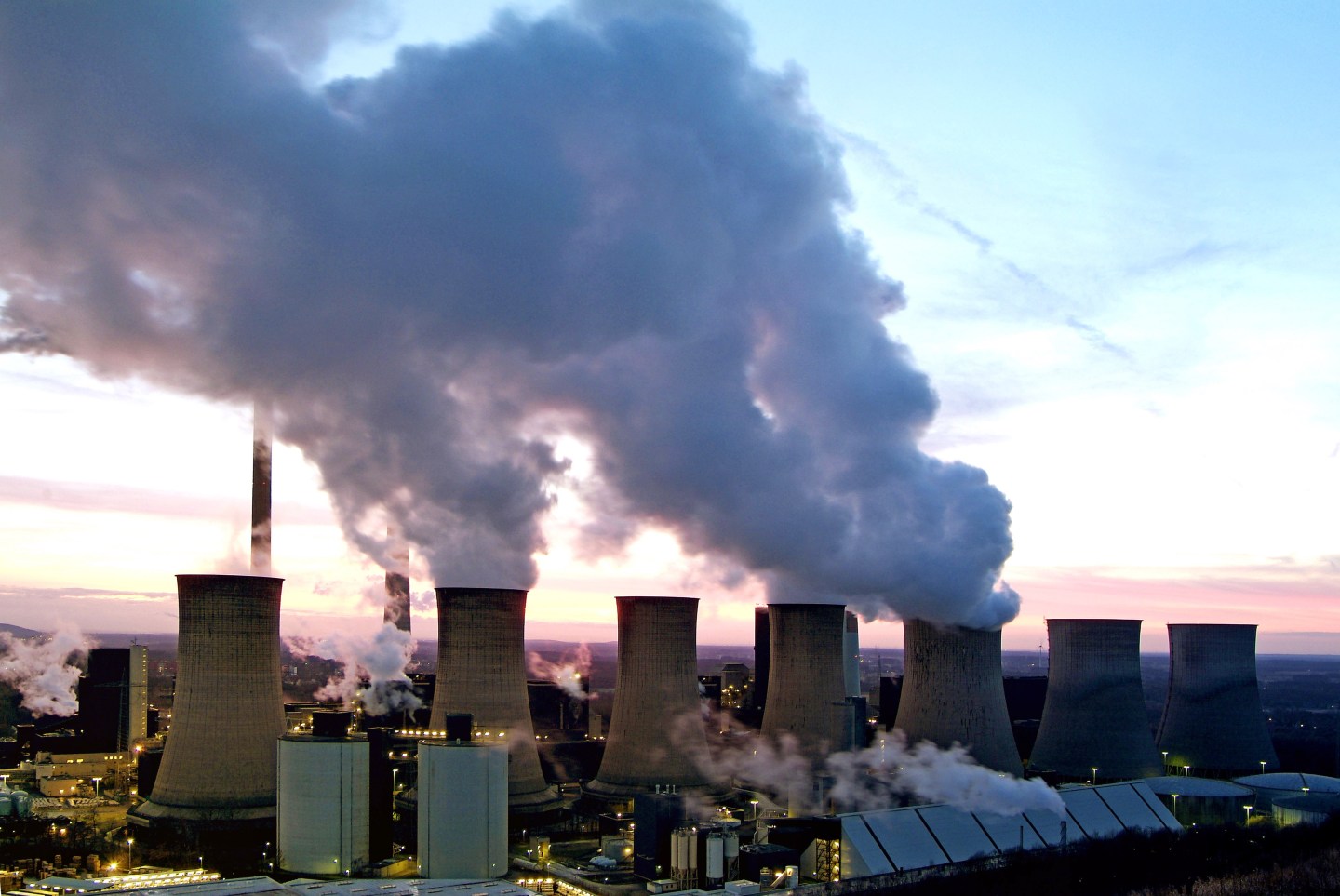 Women, particularly those in developing countries, are on the frontlines of a changing climate. Extreme weather events, deforestation and loss of biodiversity threaten their survival and that of their families. Yet, when confronted with social and economic exclusion, women’s vulnerabilities remain hidden and their voices quiet. Women have been severely underrepresented at high levels of policymaking around global environmental concerns as well. In the climate arena, the need to improve women’s participation in negotiations was explicitly recognized by COP 7 in Marrakech in 2001 as the impact of gender balance on decision-making became more evident.

Why is this a problem? Studies show that collective intelligence rises with the number of women in a group. Engaging a critical mass of women is linked to more progressive and positive outcomes and to more sustainability-focused decision-making across sectors. Yet, women have remained a notable minority in climate negotiations at both the national and international level, in the global scientific body on climate change, the Intergovernmental Panel on Climate Change (IPCC) and in media debates about climate.

Women’s representation in bodies and boards in the United Nations Framework Convention on Climate Change ranges from 36% to 41%. The numbers drop to 26%-33% for female heads of national delegations. Only one in five authors of the 2014 IPCC fifth assessment report, and eight of 34 IPCC chairs, cochairs, and vice-chairs are women. Importantly, even though media coverage of climate change has increased significantly, only 15% of those interviewed on climate have been women.

The top 15 female climate champions
When it comes to the necessity of including women at all levels of climate policy, there is no better argument than the stories and successes of the dynamic women who are already making a difference. As an academic and member of the Scientific Advisory Board of the UN Secretary-General, I have drafted a list of 15 women climate champions – from activists to artists.

The world’s top climate policymaker today is a fearless Costa Rican woman, the daughter of José Figueres Ferrer, the president elected to three nonconsecutive terms who abolished the standing army and founded modern Costa Rican democracy. Referred to as “climate revolutionary,” “bridge-builder,” “advocate and referee” and “UN’s climate chief,” Christiana Figueres, executive secretary of the UN climate change convention, is “climate change summitry’s force of nature.” A relentless optimist, she reminds people that “Impossible is not a fact; it’s an attitude.”

Rachel Kyte, the World Bank’s vice president and climate change envoy, emphasizes that we are at a point of inflection because of the growing pressure and motivation to create a more sustainable economy. Kyte has championed groundbreaking global initiatives on carbon pricing and performance standards for sustainable finance, catalyzing a race to the top among global investors and shifting priorities in financing institutions.

Ceres president Mindy Lubber leads a group of 100 institutional investors managing nearly US$10 trillion in assets focused on the business risks and opportunities of climate change. Through Ceres, she has changed the thinking around climate change by alerting corporate leaders about the risks to finance and business from climate change. A venture capital investor, Nancy Pfund, one of Fortune’s Top 25 Eco-Innovators, is leading the impact investment movement, having invested in sustainable energy companies such as SolarCity, BrightSource Energy, Primus Power, Powergenix and Tesla Motors. With others, she has demonstrated that earning money by investing in socially beneficial enterprises can be profitable.

Social justice
At the national policy level, women are also leading the way to the Paris COP. Laurence Tubiana brings academic and policy experience into her position as French special representative for COP 21 and ambassador for climate change. Working closely with governments and stakeholders, she has created an agenda that connects immediate day-to-day economic concerns such as growth, employment and quality of life with climate change and environmental protection. An effective agreement on climate change, she argues, must frame the issue in ways politicians will understand and relate to.

In lower-income countries, female negotiators have stood up for justice in remarkable ways. Fatima Nana Mede, permanent secretary of the Nigerian environment ministry, discovered and exposed a corruption scheme that had siphoned over one billion Nigerian dollars (about $5 million). Her bold and fearless leadership make her someone to watch in Paris and beyond. Most of the least developed, or poorest, countries have been empowered to negotiate by Achala Abeysinghe, the legal and technical adviser to the chair of the least developed countries in the UN. A Sri Lanka national employed by the policy group International Institute for Environment and Development, she has made it her mission to augment the capacity of national delegations to understand the issues, stand up, and defend their rights.

She leads the European Capacity Building Initiative, which trains UNFCCC negotiators from vulnerable developing countries in legal matters, helps coordinate their negotiating positions, bolsters communication among them, and brings implementation evidence to the negotiations. Since 2005, the program has convened 76 events and engaged 1,626 negotiators, policymakers and policy implementers. At the intersection of climate and women’s rights, a former Ugandan aeronautical engineer and current director of Oxfam International, Winnie Byanyima, cofounded the Global Gender and Climate Alliance. The Alliance integrates gender concerns into the climate change negotiation process, monitors progress and promotes financial mechanisms and training opportunities equal for men and women.

As cochair of the World Economic Forum in 2015, Winnie Byanyima pushed for action on climate, for closing the wealth gap and eliminating tax loopholes, and even for creating a global tax organization. “We have international organizations for health, trade and football, even for coffee, but not tax. Why not?” she exclaimed in an interview with The Globe and Mail. Climate justice lies also at the core of the work of the Mary Robinson Foundation-Climate Justice. The former president of Ireland created a center for thought leadership, education and advocacy for those vulnerable to climate change impacts. Mary Robinson works to strengthen women’s leadership at the local level to facilitate more gender-responsive action at all levels and to secure gender balance in multilateral and intergovernmental climate processes. She has made the threat of climate change more tangible and easier to communicate by relating it to human stories and human rights. She has connected high-level women leaders with grassroots women leaders to “ensure that women are enabled to participate in the design and implementation of climate actions.”

Arts and academia
Academics working on climate change now include an increasing number of women who actively seek new ways to communicate and engage. Julia Slingo, chief scientist at the United Kingdom’s weather service and the first woman president of the Royal Meteorological Society, has called for a radical overhaul of the way climate scientists relay their message. In order to compel the necessary action, scientists need to communicate in a “more humanist way,” she argues, “through art, through music, through poetry, and storytelling.” Katharine Hayhoe, evangelical Christian climate scientist, embraces the idea of engaging religion and science in understanding and resolving climate change. As scientists reach out to poetry and art for communicating their message to the public, poets and artists are reaching out to the United Nations.

Poet and activist Kathy Jetnil-Kijiner of the Marshall Islands brought governments in the UN General Assembly hall to their feet with a powerful poem and plea for action. “We deserve to more than just survive; we deserve to thrive,” she exclaimed at the 2014 Climate Summit at the United Nations. She cofounded Jo-Jikum, meaning “your home,” a nonprofit organization to educate youth on environmental issues and to foster a sense of responsibility and love for the islands. Activist women in small island states and in the Arctic have brought to life the human face of the impacts of climate change on their communities. In Papua New Guinea, Ursula Rakova, executive director of Tulele Peisa, an NGO whose name means “sailing the waves on our own,” is drawing up an ecologically and culturally sustainable voluntary relocation and resettlement program for the Tulun/Carteret Atoll community threatened by climate change.

Sheila Watt-Cloutier, a Canadian Inuit activist and author of The Right to Be Cold, filed a petition to the Inter-American Commission on Human Rights in 2005 on behalf of Inuit communities in Canada and Alaska claiming that U.S. failure to curb greenhouse gas emissions results in an incursion on their cultural and environmental human rights. The commission held a public hearing in 2007, and while the petition was ultimately dismissed, it’s been called an “example of creative lawyering in both substance and form” and paved the way for subsequent legal action in The Netherlands, New Zealand and elsewhere.

Young women in the fashion industry in New York are also embracing the climate message and working to use their widespread popularity to bring public attention to climate change. Model and activist Cameron Russell spearheaded People’s Pilgrimage, a march across the Brooklyn Bridge in October 2015 to raise awareness about climate change. The 17 models walking across the bridge have six million social media followers, and Cameron believes they can launch a new conversation urging the fashion industry to reduce its massive environmental impact – textile manufacturing pollutes 200 tons of water for every ton of fabric produced – and to use its compelling media presence to raise awareness about climate change.

The work of these women, and the work of countless other women who struggle with and adapt to the effects of climate in their day-to-day lives, should be celebrated. Importantly, governments, businesses and civil society organizations should work to include greater representation from women in climate negotiations and climate actions.“There is no greater power than the power of choice,” Christiana Figueres advised the graduating class at the University of Massachusetts Boston in her commencement speech in 2013. In December 2015, in Paris, may we all make the right choice.