Why Urban Outfitters Made Its Controversial Pizza Purchase 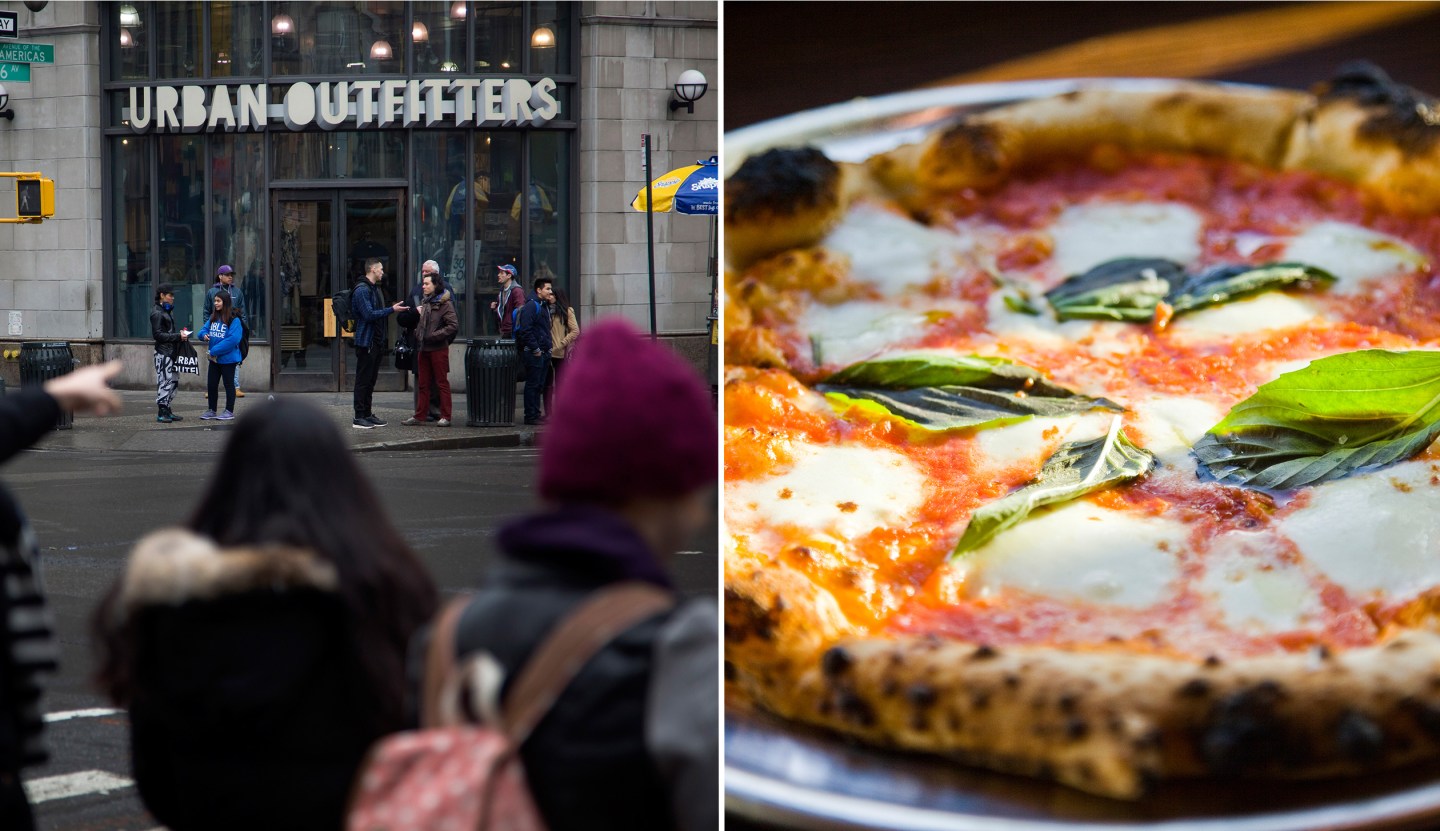 Urban Outfitters’ purchase of a small, Philadelphia-based pizza restaurant operator named Vetri raised eyebrows among investors and members of the media on Monday. The hipsters that frequent the youth-focused retailer’s stores surely love high-end pizza, but how could these businesses possibly integrate successfully?

“When they told us they want their stores to be like a Broadway show, they weren’t kidding,” mused Macquaire Research analyst Laurent Vasilescu in a note to clients. “They can now serve up a great slice of pizza long with a selection of fashion tops and bottoms.”

The problem that even a slice of pizza can’t mask is this: Urban Outfitters (URBN) – which generates $3.3 billion in sales annually – isn’t hitting it out of the park when it comes to selling 90s inspired apparel and retro home trinkets. Investors have dumped shares in the wake of a disappointing sales report, with comparable sales decelerating at the namesake, Anthropologie and Free People retail concepts. Results from all three concepts missed Wall Street’s expectations, hurt by weak store traffic, a common theme across the retail sector for this quarter.

“I think the current fashion look is getting a little long in the tooth,” Hayne admitted to analysts. “I wouldn’t be surprised that we start to see some signs of it changing a little bit more radically than it has, let’s say, over the last four years or five years.”

The move to buy Pizzeria Vetri, a pizza operator with just two locations in operation in Philadelphia, makes little sense at first glance. But analysts that weighed in on the results pointed out that Urban Outfitters and other retailers are suffering from a broader consumer shift in spending. People are spending less money on apparel, and more on trips, dining out and other “experiences.”

“Urban Outfitters has tested adding restaurants to select stores, and we believe these tests have proven successful, likely driving traffic and increasing the amount of time consumers stay in the stores,” said Stifel analyst Richard Jaffe. Jaffe added that there could be a great challenge of operating a new business to integrating it with what Urban already does.

Hayne touted some great potential for the acquisition. He says future Pizzeria Vetri locations could be either standalone restaurants or part of a broader retail complex.

“Very young to very old, everyone loves great pizza,” Hayne said. He adds that the concept isn’t limited to only partnering with Urban’s brands. One project Urban is investing in is the opening of a larger format in a suburb of Philadelphia, a location that will include an Anthropologie store, a garden center, a cafe, a Pizzeria Vetri and a higher-end restaurant by the Vetri Group, the parent company that Urban bought on Monday.

But efforts to make these mega-shopping destinations have been slow moving so far. Urban Outfitters opened its first Terrain garden center in Pennsylvania in 2008, a space that operates about 18,000 square feet of enclosed selling space as well as a large outdoor seasonal area. The Terrain locations also feature a restaurant and coffee bar. But though Urban has been testing this format for years, it only operated two locations at the end of the last fiscal year. And importantly, Terrain’s retail segment net sales accounted for less than 1% of Urban’s consolidated net sales.

For the investment in pizza to make sense to investors, they may need to wait longer than it takes for a deep-dish pizza to rise.