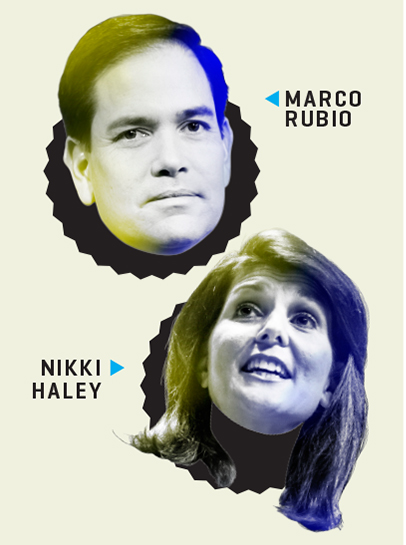 Florida Sen. Marco Rubio, an unrivaled communicator within his party who deftly straddles its warring wings, will emerge from the GOP presidential scrum as the nominee. Doubling down on the “youthful D.C. outsider” contrast he intends to press against Clinton, Rubio will tap South Carolina Gov. Nikki Haley, 43, as his running mate. The fellow second-generation American from the Sun Belt, now in her second term, maintains solid approval numbers at home. More importantly, her handling of the state’s Confederate flag controversy expanded her support among constituencies — including African-Americans and self-identified Democrats — who’ll be key to any Republican victory.

See who will be the Democratic pick here.