Books That Changed My Mind This Year: Fortune Staff Picks 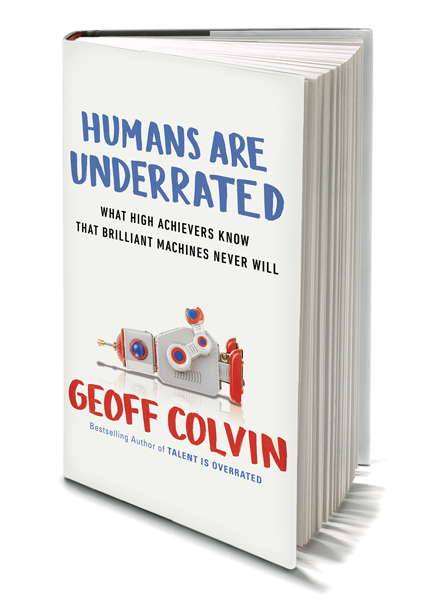 Every publication runs Best Books of the Year lists. And sure, those are fun. But they tend to have a lot of the same titles as all the other lists. So this year, we asked a wide range of influential businesspeople for a book they read (it didn’t have to be one that was published this year) that changed their mind, forced them think differently about something. The responses rolled in. And then we posed the same question to our own staff members. Here are 12 of their selections. You might find something for your holiday reading list.

To see CEOs and other business luminaries make their picks, read: Books That Changed My Mind This Year: CEO Selections.

The End of Power: From Boardrooms to Battlefields and Churches to States, Why Being in Charge Isn’t What It Used To Be, Moises Naim (2014)

Naim made me realize that there are fundamental forces at work in the world that are undermining the ability of individuals to force others to change their behavior, leading to a lot of dysfunction in the world, but also to a new kind of leadership that is, of necessity, based more on persuasion than compulsion. Xi Jinping and Vladimir Putin are the last gasps of the old order.

The Gift of Failure: How the Best Parents Learn to Let Go So Their Children Can Succeed, Jessica Lahey (2015)

I’ve read a lot of parenting books. I mean, I like to read, and I am a parent. But I haven’t read one that felt as relevant as The Gift of Failure in a very long time. Lahey writes clearly and with much-needed humor, using anecdotes along with research to show us just how our tendency to try to “save” our kids by making life easier for them does exactly the opposite. The lesson: If you want to raise resilient, confident adults, don’t deliver forgotten homework for them. Don’t stay up all night with the glue gun. Don’t tell them they’re loading the dishwasher wrong. Just let them do it—their way.

Political Order and Political Decay: From the Industrial Revolution to the Globalization of Democracy, Francis Fukuyama (2011)

In an age when we fetishize democracy, Fukuyama puts forth a stirring argument that the strength of nations and economies rests on their ability to foster vigorous and independent bureaucracies. This book tells the story of the development of political order across the globe since the industrial revolution, and his analysis does not bode well for the future of America. He argues that the United States has devolved into a “vetocracy” where small, organized interest groups can prevent tough but important decisions from being made.

The Third Plate: Field Notes on the Future of Food, Dan Barber (2014)

I think anyone who rolls their eyes at the phrases farm-to-table, organic, eating local, sustainable food or organic should give this a shot. Barber isn’t proselytizing. He’s bringing the reader along on adventures to meet some of the brightest minds and best thinkers who have taken those concepts to extremes. He does so with a sense of humility and skepticism that I think makes those topics palatable. There’s something here for history buffs, supply chain wonks and anyone who likes to daydream about the future.

I’ve been involved in making hiring decisions for about a decade, and in my experience the process has always been very bureaucratic: The HR department gathers the resumes; the managers review them in a systematic way; the promising candidates are brought in for relatively grueling interviews with The Boss. So it was a liberating surprise to read Schmidt’s and Rosenberg’s chapters about the recruiting and hiring process at Google (now Alphabet) where Schmidt is executive chairman and Rosenberg is a senior advisor. Finding job candidates is essentially a crowdsourced task whose guiding ethos is the phrase, “Everyone knows someone great.” For current employees, producing a stream of hiring referrals is part of the job description—it’s factored into performance reviews. For the company, the process is a way to ensure that the cream of the crop of “smart creatives” keeps coming to the Googleplex, even as the company grows ever larger. There are dozens of reasons to turn to a book about Google for business insights, of course, but this is the revelation that made the biggest impression on me.

The New Spymasters: Inside the Modern World of Espionage from the Cold War to Global Terror, Stephen Grey (2015)

Gear up for a reality check, James Bond fans. Grey adroitly dismantles the romanticized mythos one might have about espionage in the United Kingdom. His detailed investigations impart an appreciation for the daily drudgery of intelligence gathering, as well as an understanding of the macro trends have shaped the spying “game” over decades.

Photograph by Manfred Koh for Fortune

This resolved my own internal debate about whether technology will make people obsolete as we approach the singularity. It won’t, thank goodness.

An American Tragedy isn’t exactly a comfortable fit on a list of business books: It’s a novel about a young man whose cowardice, moral weakness and naïve social ambitions (spoiler alert) lead him to plot the death of his pregnant girlfriend. (Compounding the scandal: He’s her manager at a shirt-collar factory.) But the novel’s antihero, Clyde Griffiths, has another flaw that’s common in the working world: He aspires to the trappings and rewards of success while being unwilling to work hard enough to earn them. Dreiser dramatizes — okay, melodramatizes — the dangers of what can happen when ambition isn’t coupled with character. And while that’s a familiar theme in literature, I’d never before given so much thought to the terrible ripple effects it can have in the workplace. (Not up for reading an 800-page novel to absorb this kind of lesson? Rent the 1951 movie “A Place In The Sun,” an adaptation of the book: It runs a tidy two hours.)

Whitey Bulger: American’s Most Wanted Gangster and the Manhunt That Brought Him to Justice, Kevin Cullen and Shelley Murphy (2013)

If you grew up in the Boston area, as I did, you knew the legend of Whitey Bulger since childhood. But the general image of him, and the caricature portrayed by Jack Nicholson in The Departed, is a shallow, simplistic one. In preparation to see the new movie Black Mass, I picked up not the book it is based on, but this one by two Boston Globe writers that covered Bulger’s trial day after day. The book paints a picture of Bulger that is more complex and realized than what you’ve probably heard. The gangster had surprising motivations for his mayhem, including for example, in his early years, racist outrage over the busing initiatives to desegregate Boston schools. The book changed my image of Bulger and managed to make an already infamous person even more fascinating.

In Jon Ronson’s now-famous exploration of the culture of internet shaming, he skewers the notion that the small-d democratic nature of the Twitter takedown is good for society. His excellent stories detail how our thirst for the absolute contrition of people who publicly err on the internet is a little weird. And that this stuff is actually a big deal: respect from others is incredibly important for personal well-being, to a degree I hadn’t realized—for criminals, studies show, it’s all that matters. This is particularly important to remember in an era of trigger warnings, when society seems to be getting touchier than ever. Twitter is empowering yes, but technology can stifle criticism at the same time it can amplify it to terrifying proportions.

Preparation for the Next Life, Atticus Lish (2014)

There’s a reason this debut novel, by the son of famous editor Gordon Lish, was on everyone’s ‘best of the year’ list for 2014. But this story about a Chinese (and Muslim) immigrant and her boyfriend, a volatile American veteran of the Iraq War, doesn’t feel like a novel. It reads like a work of journalism—a crushing, unforgiving report on the brutal lack of options for both characters. She ends up working in a cheap Chinese restaurant in Queens (where she is underpaid and overworked) while he spends his days wandering the city, drinking, and getting into dangerous situations. The reason the book feels especially immediate and upsetting is because of the deep research Lish conducted, most of it from his own life experience. The author is a veteran of the Marine Corps, has lived in China, and has worked in everything from a fast-food restaurant to a styrofoam factory. His official bio notes that his favorite books are those written by journalists; this novel might as well have been a work of non-fiction. It reminded me of this New Yorker exposé on the lives of immigrant workers in Chinese restaurants in America, but on speed, with a ten-times-stronger magnifying glass. No matter what you already thought about how difficult life in America can be for immigrants and for our own veterans, you’ll know even more after reading this novel.

Data and Goliath: The Hidden Battles to Collect Your Data and Control Your World, Bruce Schneier (2015)

You may have heard about the military-industrial complex. How about the surveillance-industrial complex? It’s no secret that Internet companies are profiting off their users’ data. But no one throws the synchronicity between big tech’s commercial interests and those of law enforcement into starker relief than Schneier.