A New Study Says Roundup Herbicide Is Unlikely to Cause Cancer 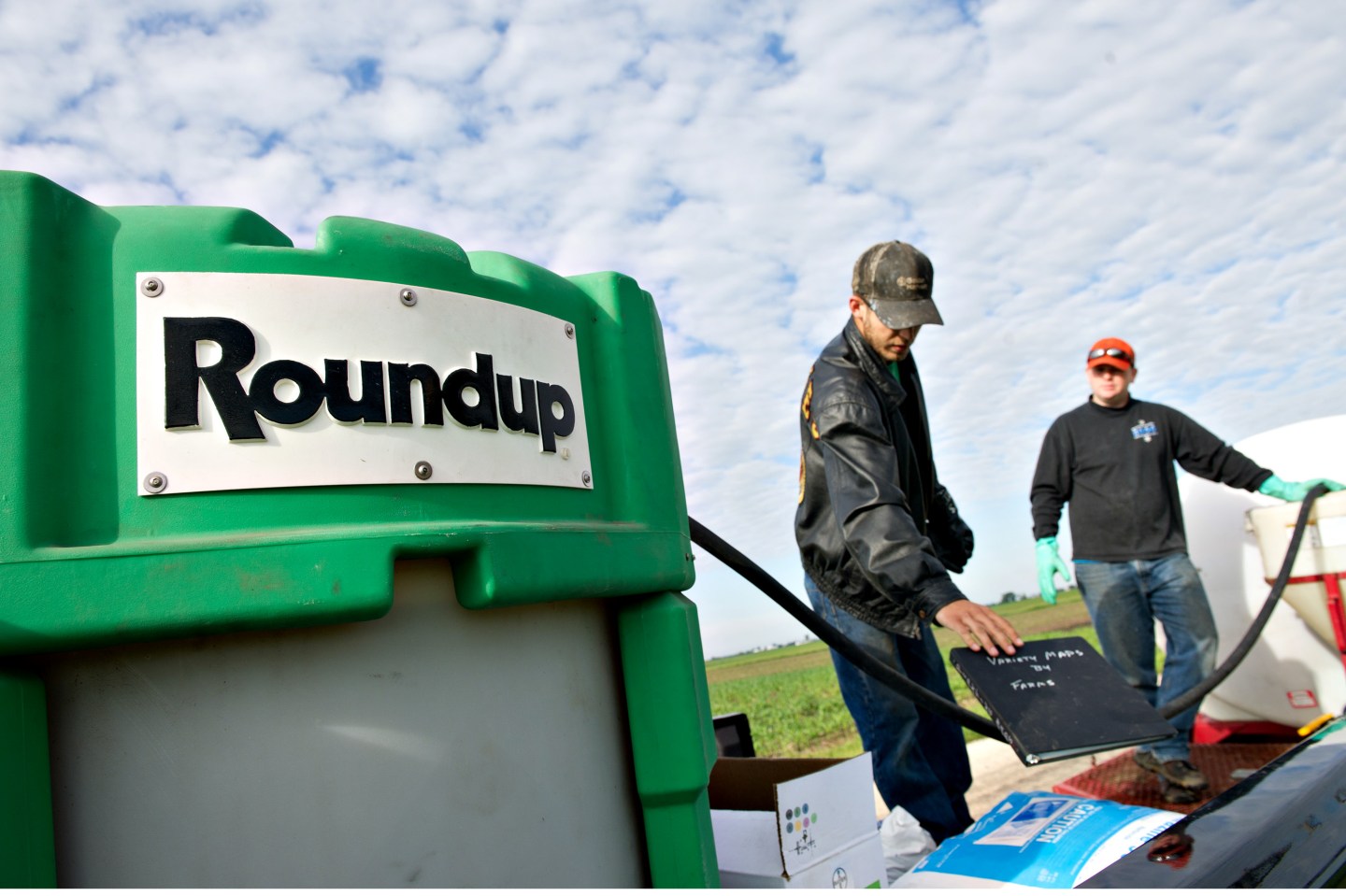 Glyphosate is unlikely to cause cancer in humans, according to the European Food Safety Authority (EFSA), which nevertheless proposed limits on Thursday on the amount of residue of the weedkiller widely used by farmers deemed safe to consume.

The EFSA advises EU policymakers, and its conclusion could lead the 28-member European Union to renew approval for glyphosate, which was brought into use by Monsanto in the 1970s and is used in its top selling product Roundup as well as in many other herbicides around the world.

Environmental groups have been calling for a ban after the International Agency for Research on Cancer (IARC), part of the World Health Organization, said in March that glyphosate was “probably carcinogenic to humans.”

A campaign group said that 1.4 million people had signed a petition calling on the European Union to suspend glyphosate approval pending further assessment.

The EFSA said it carried out a thorough analysis and took account of the IARC’s findings.

“This has been an exhaustive process – a full assessment that has taken into account a wealth of new studies and data,” said Jose Tarazona, head of the pesticides unit at the EFSA, based in Parma, Italy.

The EFSA is proposing a limit on the maximum safe daily dose over a period of time of 0.5 milligrams per kilogram (kg) of body weight. It is also proposing a new acute limit, of the same level, for a single intake of glyphosate over a short period, for instance in one meal.

The scientists say an 80 kg person could eat food containing a residue of 40 milligrams of glyphosate per day for the rest of their life. Monsanto said that was the equivalent of eating 400 kg of fruit or vegetables a day.

EFSA scientists, who worked with experts from EU countries, said their study differed from the IARC’s in that it considered only glyphosate, whereas the IARC had assessed groups of related chemicals. They said the toxic effects could be related to reactions with other constituents.

One of the 28 EU nations, Sweden, voiced reservations, saying it “considered that the classification criteria for limited evidence of cancer in humans were fulfilled,” the EFSA said.

The EU must decide over the coming months whether to renew existing approval for glyphosate use.

Monsanto and other users of glyphosate welcomed the report.

“It confirms the previous evaluations of glyphosate by regulatory authorities around the world, which have consistently concluded that the application of glyphosate poses no unacceptable risk,” Richard Garnett, chair of the Glyphosate Task Force, said in a statement.

The GTF brings together representatives of Monsanto and other companies.

Commission spokesman Enrico Brivio said the Commission took note of the report and that EU regulators had until June next year to take a decision.