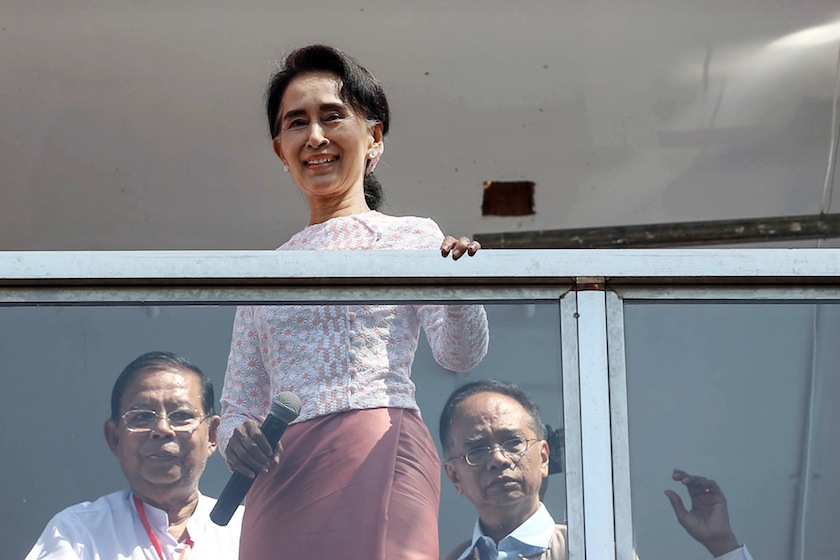 Myanmar president Thein Sein and commander-in-chief of the army, Min Aung Hlaing have congratulated Aung San Suu Kyi on her imminent poll victory, indicating a smooth transition of power between the current government and the incoming opposition party, the National League for Democracy (NLD).

Both congratulations came in the form of Facebook posts on Wednesday. “Congratulations … to the chairperson Aung San Suu Kyi and her party for gathering the support of the people,” reads a statement on the presidential spokesman’s page. The president also reiterated that he would accept the results of the election: “The government will respect and follow the people’s choice and decision, and work on transferring power peacefully according to the timetable.”

The army, too, admitted defeat: “We congratulate the NLD for winning a majority of seats,” reads a statement on the official Facebook page.

There are 664 seats in the two houses of Parliament; the military appoints 166 of them. With the official count still underway, the NLD has won 256 seats across both houses and needs 329 in order to select the president (Suu Kyi is barred from being president under the constitutional.)

A victory by the NLD would mean a democratically elected government in Myanmar for the first time since 1960.