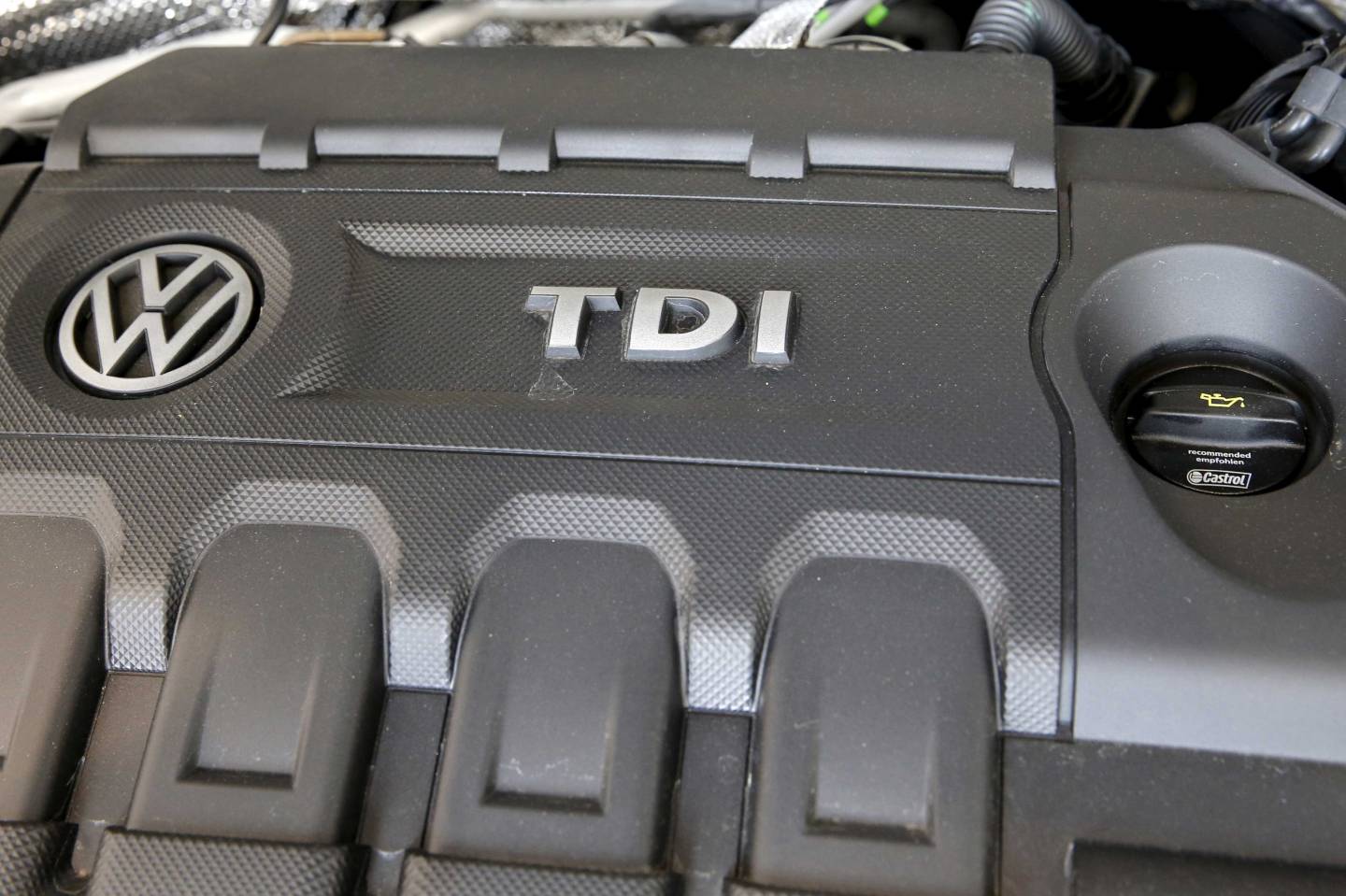 The engine of a Volkswagen 2015 Jetta TDI is seen at a VW dealership in the Queens borough of New York, September 21, 2015. Volkswagen shares plunged more than 20 percent on Monday, their biggest ever one-day fall, after news that the German carmaker had rigged U.S. emissions tests, and Germany said it would investigate whether data had been falsified in Europe too. REUTERS/Shannon Stapleton - RTX1RRBD
Photograph by Shannon Stapleton — Reuters

The paper said VW engineers tampered with tyre pressure and mixed diesel with their motor oil to make them use less fuel, a deception that began in 2013 and carried on until the spring of this year.

“Employees have indicated in an internal investigation that there were irregularities in ascertaining fuel consumption data. How this happened is subject to ongoing proceedings,” a Volkswagen spokesman said, declining to comment on the Bild report.

Volkswagen on Tuesday said it had understated the fuel consumption and carbon dioxide emissions of about 800,000 vehicles sold in Europe and later said it would foot the bill for extra taxes incurred by drivers as a result.

The latest allegation has deepened a crisis which erupted in September when Volkswagen admitted it had rigged U.S. tests for nitrogen oxide emissions. Auto analysts say the company could face a bill as high as 35 billion euros (25 billion pounds) for fines, lawsuits and vehicle refits.

According to Bild, Winterkorn declared at the Geneva auto show in March 2012 that VW wanted to reduce its CO2 emissions by 30 percent by 2015 and the engineers did not dare to tell him that this would be difficult to achieve.

Volkswagen has declined to comment on whether the firm’s culture or the management style of Winterkorn, who resigned in September, had been a factor in the cheating. Lawyers for Winterkorn have not responded to a request for comment.

An engineer at VW’s headquarters in Wolfsburg, who works in the Research & Development department, broke his silence at the end of October and told his superiors about the large-scale deception, Bild said citing only what it said was information it had received.

It said the engineers used several illegal measures to manipulate the emissions values, including through a higher tyre pressure of 3.5 bar. They also mixed diesel in the motor oil so that the vehicle ran more smoothly and used less fuel.

The paper said VW was examining which employees to suspend following the revelations but said the engineer who made the deception known would be allowed to stay.

“We can’t punish someone who has taken such a brave step,” Bild quoted a person in VW’s top management as saying.

VW is conducting an internal investigation into its handling of all pollution-related issues after admitting that it had cheated on diesel emissions tests in the United States.