Postmates is buying Sosh, a service for discovering local activities 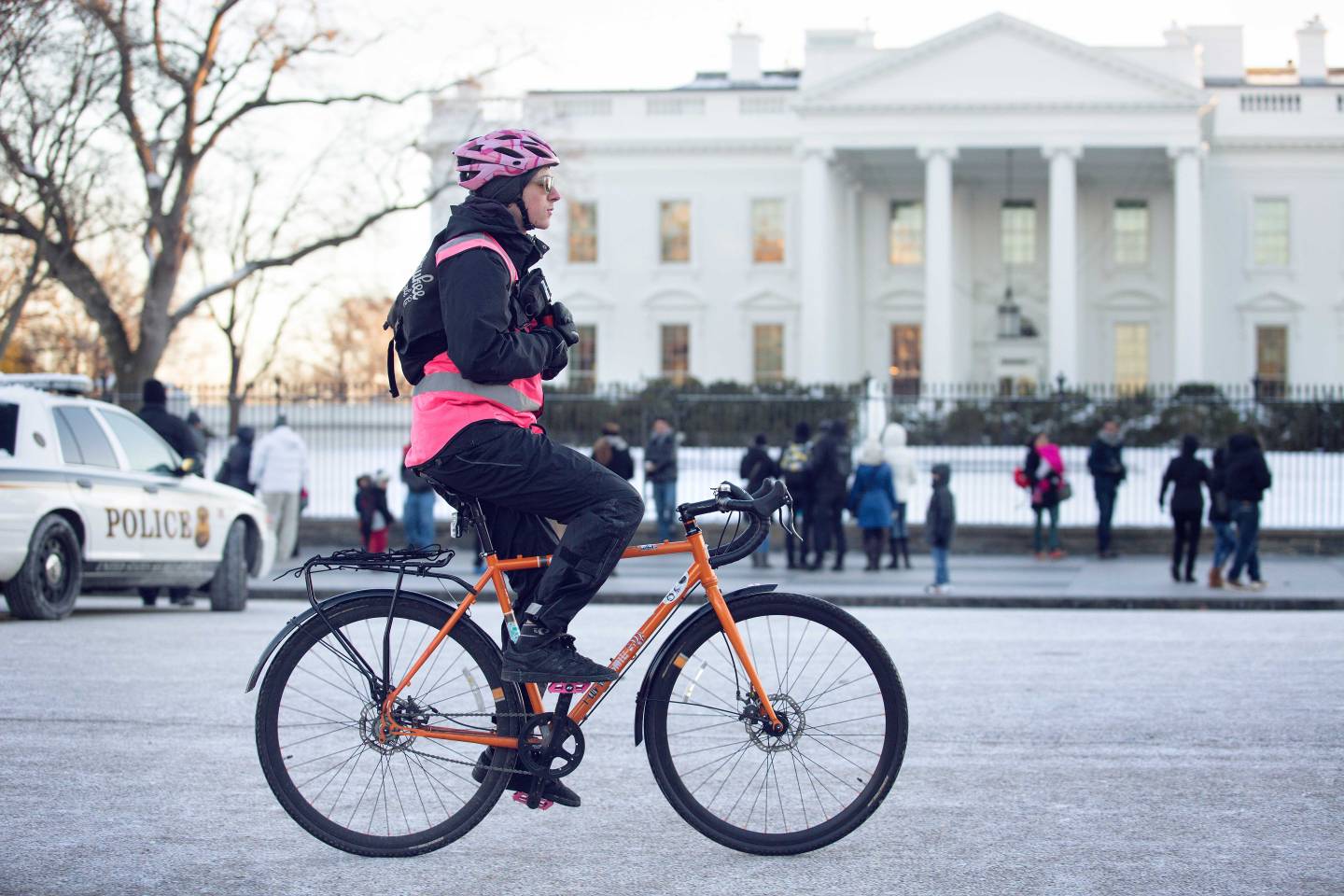 WASHINGTON, DC - JANUARY 3, 2014: Postmates bike messenger Alex Caron-Schuler rides on Pennsylvania Avenue NW in front of the White House as he and tourists brave the harsh temperatures on January 3, 2014. A polar vortex swept across the region bringing windchill temperatures down to as low as 1.4F. With temperatures this low, Alex wears several layers, gloves inside his mittens, and usually something to cover his face. With constant movement and many layers, his accumulated body heat keeps him warm in the frigid weather. If necessary, Alex will step inside to warm up every hour or so when temperatures drop this low.
Photograph by The Washington Post/Getty Images

On-demand delivery company Postmates has agreed to acquire Sosh, a San Francisco-based startup that helps users find and book activities to do in their city.

Fortune broke the news of the acquisition, which Postmates has since confirmed.

Despite raising $16.3 million in funding since its founding in 2010 and expanding to a few additional cities, it appears Sosh was running out of money and decided to sell. As part of the deal, 18 of Sosh’s employees have joined Postmates. The acquisition does not include any of Sosh’s technology, according to Postmates. Sosh has told its partner merchants that it will discontinue its service, and directed some of them to sign up for event ticketing site Eventbrite as a replacement.

In March, Sosh founder Rishi Mandal painted a rosier picture of his company’s progress, telling TechCrunch that it was growing weekly transactions and weekly revenue was “consistently doubling every 10 weeks for over a year.”

Postmates lets customers order products from a wide variety of restaurants through its app and have them delivered to wherever they are. More recently, Postmates has been partnering with big retailers and food chains like 7-Eleven, McDonalds, Starbucks and Chipotle. It recently raised $80 million in new funding at a $400 million valuation, making it one of the on-demand economy’s rising stars.

(This story has been updated with additional information)