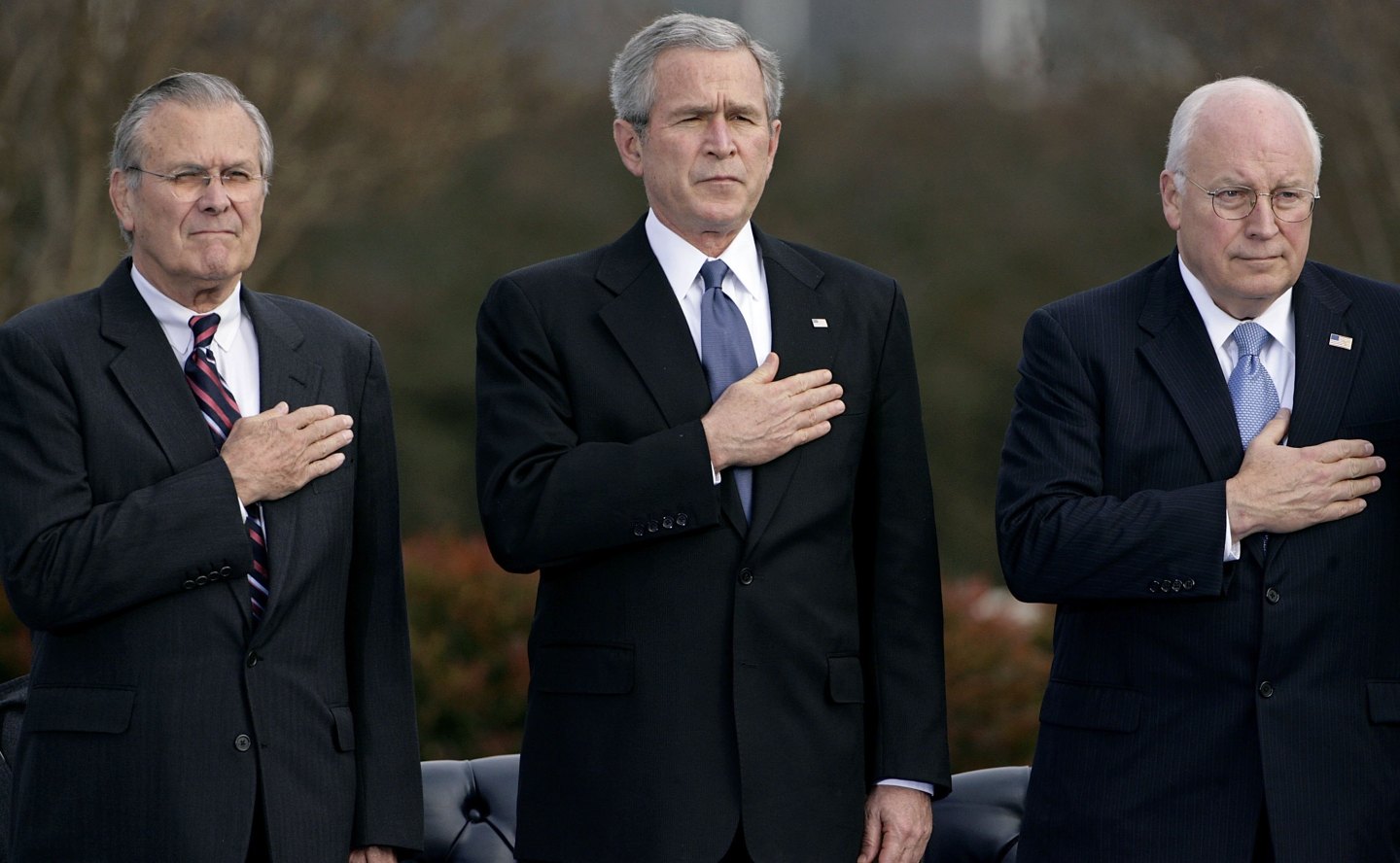 ARLINGTON, VA - DECEMBER 15: (L-R) US Secretary of Defense Donald Rumsfeld, US President George W. Bush and US Vice President Dick Cheney attend the Armed Forces Farewell Tribute to Rumsfeld at the Pentagon December 15, 2006 in Arlington, Virginia. Praise was heaped on the outgoing secretary by Bush and Cheney and Rumsfeld used his farewell speech to call for an increase in military spending. (Photo by Chip Somodevilla/Getty Images)
Photograph by Chip Somodevilla—Getty Images

At the age of 91, former president George H.W. Bush is finally dishing his true feelings about his son’s aides in the White House, as well as George W. Bush’s management of the presidency, according to the New York Times.

The comments—many of which the younger Bush and former Vice President Dick Cheney said they had never heard before—were revealed in an upcoming biography by Jon Meacham, “Destiny and Power: The American Odyssey of George Herbert Walker Bush.”

In conversations with Meacham, the elder Bush criticized Donald Rumsfeld, his son’s Secretary of Defense, saying he “served the president badly.” The elder Bush and Rumsfeld have been rivals since the 1970s, and he called Rumsfeld “arrogant.”

More surprising than Bush’s criticism of his rival were his words about Cheney, who served in his cabinet before ascending to the vice presidency under the younger Bush. “He just became very hard-line and very different from the Dick Cheney I knew and worked with,” Bush told Meacham. He continued, “The big mistake that was made was letting Cheney bring in kind of his own State Department. I think they overdid that. But it’s not Cheney’s fault. It’s the president’s fault.”

The president being, of course, the elder Bush’s own son. He also said that he worried about his son’s “hot rhetoric” while in office. He still declined to outright criticize George W. Bush, telling Meacham, “He’s my son, he did his best and I’m for him.”

Rumsfeld, who is 83, quickly fired back in a statement to NBC News, questioning the elder Bush’s judgement: “Bush 41 is getting up in years and misjudges Bush 43, who I found made his own decisions.”

“Destiny and Power,” published by Random House, will be released next week.