You Can Now Buy Underwear With Bernie Sanders’ Face on It 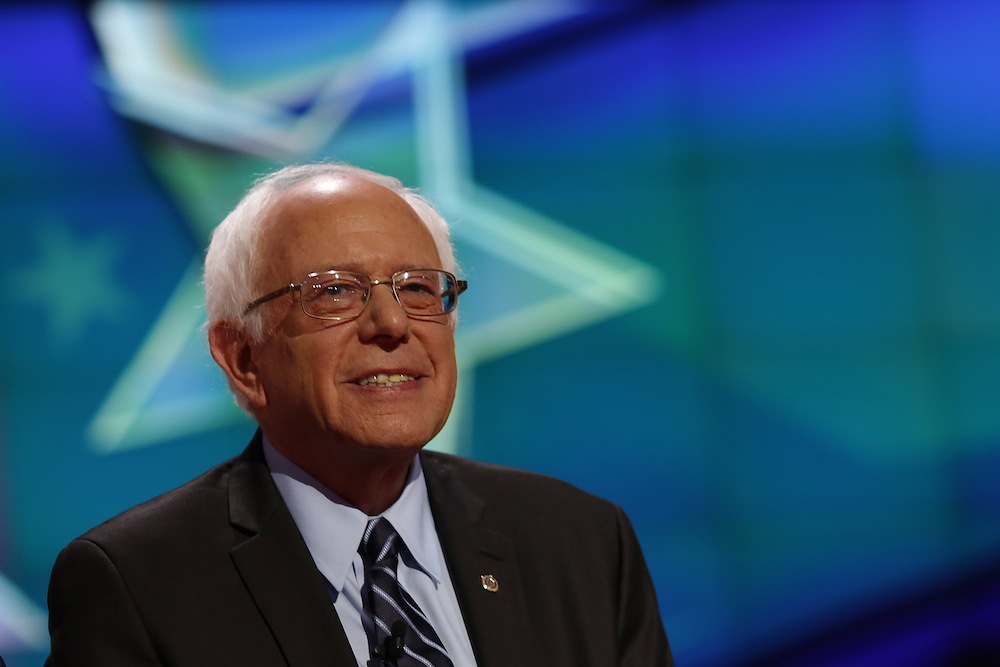 Jeb Bush has the Guaca Bowle. Hillary Clinton has the Pant Suit Tee. And now, Bernie Sanders has his own (unofficial) campaign gear: Bernie’s Briefs.

Buyers of the underwear, which features a print of the Vermont Senator’s face and the slogan FEEL THE BERN across the back, are encouraged on the company’s website to purchase just one pair. “One person. One pair. Or maybe like Bernie Sanders, two pairs,” the website says.

The product is a riff on the popular Saturday Night Live skit that aired in October, featuring comedian Larry David as presidential candidate Sanders. “I own one pair of underwear, that’s it!”David-posing-as-Sanders shouted during a sendup of the first Democratic debate. “Some of these billionaires,” he said, “they’ve got three, four pairs.”

Sanders later told supporters in Iowa that he bought a second pair of underwear recently, but “please don’t write that down,” he said. “That was a joke.”

Bernie’s Briefs cost $15, with a portion of the proceeds going to the Yellow Ribbon Fund, a charity that helps returning veterans readjust. One of the briefs’ founders, lobbyist Nick Sherman, told Vermont TV station WCAX that the proceeds won’t be going to Bernie’s campaign. “We thought about that, but as you know, Bernie Sanders is not incredibly open to corporate contributions,” he said.

Sanders doesn’t seem to mind the increased public scrutiny of his undergarments. “It cracks me up, it’s unbelievable, cracks me up. I guess we have Bernie underwear now,” the presidential candidate told the TV station.