Jeb Bush Just Apologized for His Joke About the French 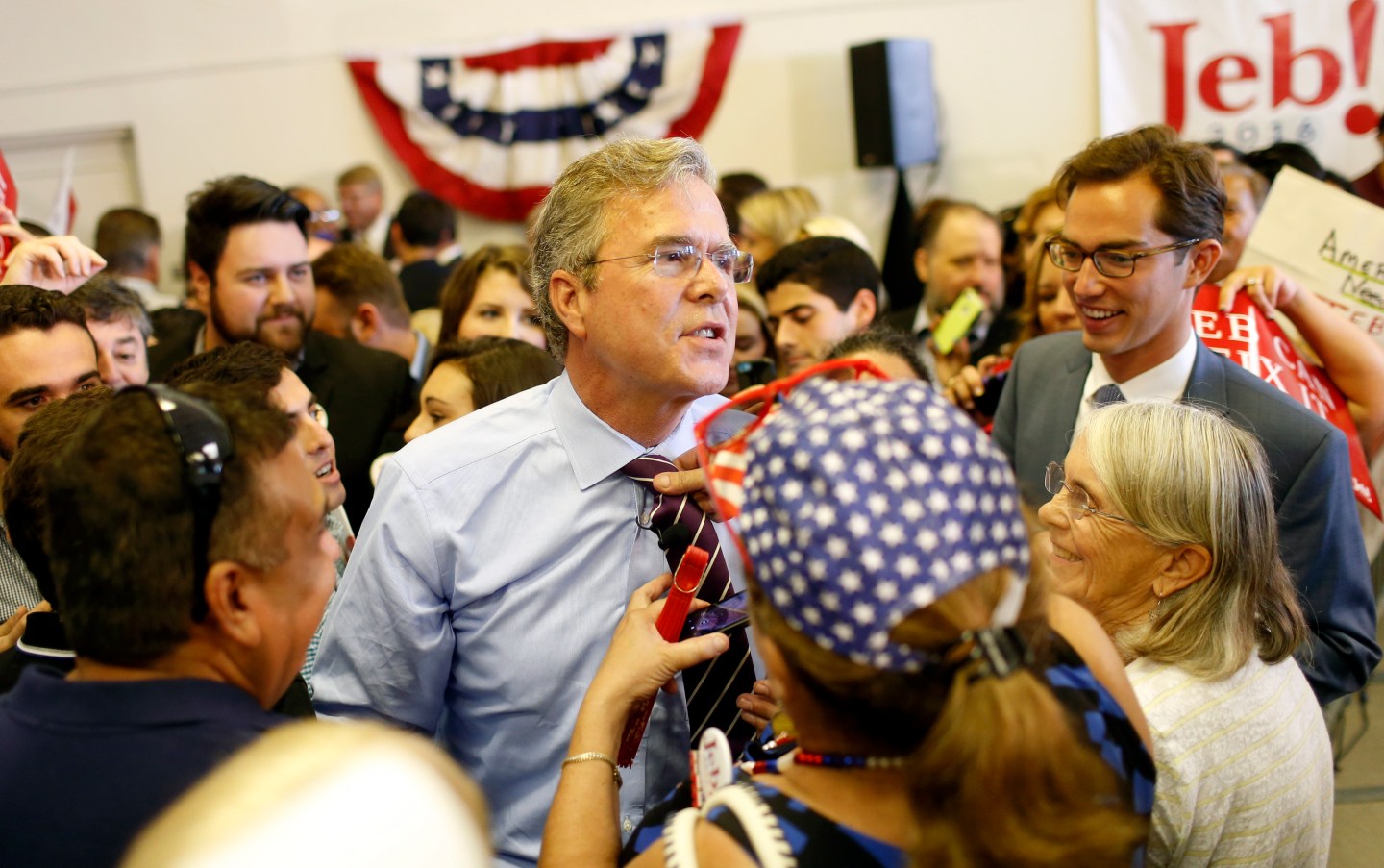 TAMPA, FL - NOVEMBER 2: Republican presidential candidate and former Florida governor Jeb Bush allows supporter Roxanna Greene, of Hialeah, FL, to loosen his necktie during a rally on his "Jeb Can Fix It" Tour on November 2, 2015 at the Tampa Garden Club in Tampa, Florida. Following dropping poll numbers and poor debate performance Bush is trying to reset his campaign that many say has been flailing. (Photo by Brian Blanco/Getty Images)
Photograph by Brian Blanco — Getty Images

Jeb Bush has reached out to his friends in France and said “je suis désolé” after his crack about a “French work week” in last week’s CNBC debate.

“I made the mistake of saying that the Congress operates on a French workweek,” Bush said Wednesday in New Hampshire, reported USA Today. “I really did a disservice to the French.”

The paper also reported that Bush’s communications director said his e-mail inbox was full of comments from French journalists.

For the record, the French do tend to work a 35-hour work week and are guaranteed at least five weeks of vacation a year.

Bush’s comment drew criticism from French officials, including France’s Ambassador to the United States, Gérard Araud, who was quick to point out the inaccuracy of Bush’s jibe.