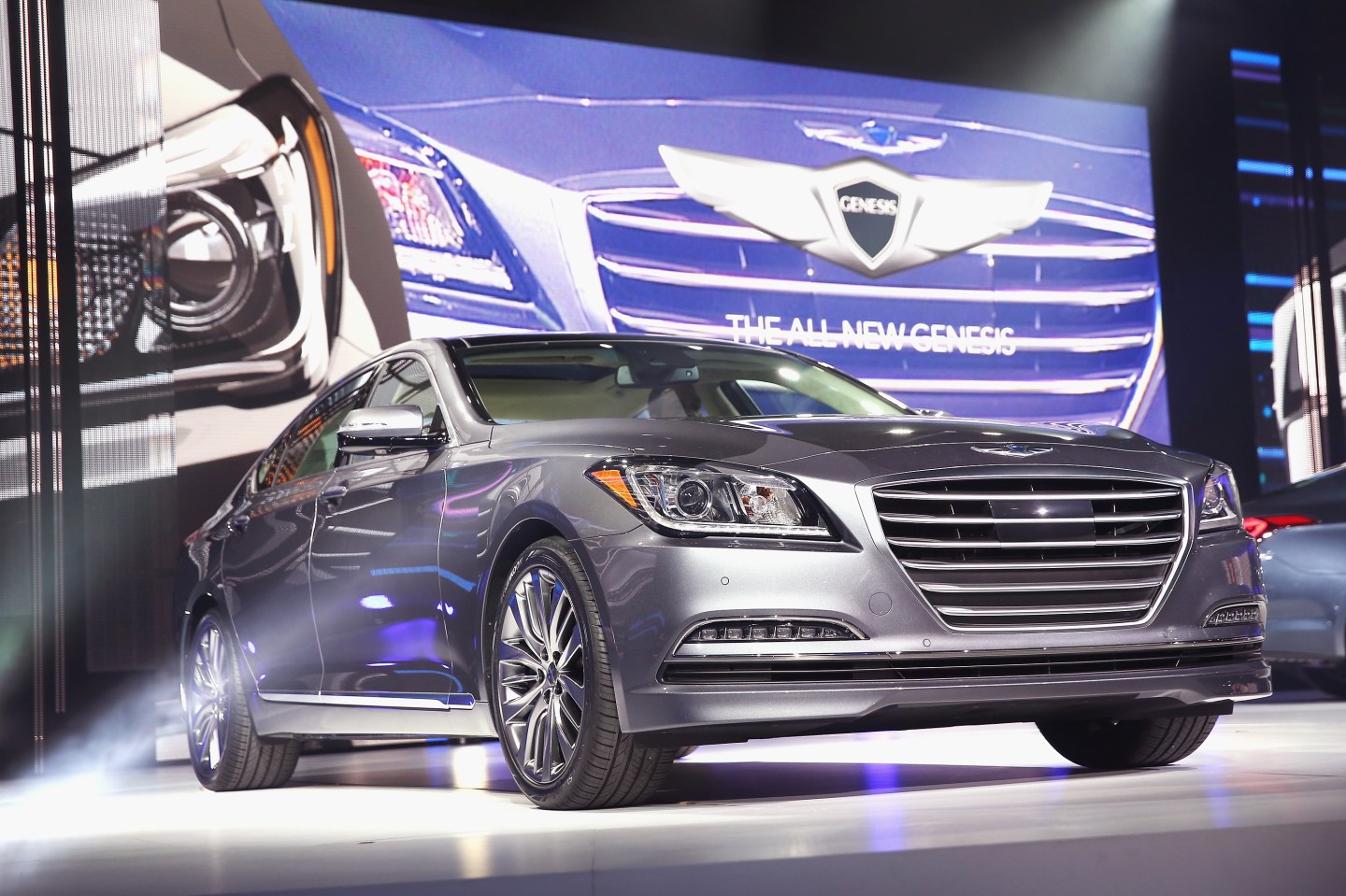 It’s called Genesis, named after its mid-sized luxury sedan that was first sold in the U.S. in 2008. The car manufacturer, South Korea’s largest, is coming out with another large Genesis sedan next month. It also plans to add another four Genesis models — a sports coupe and SUV –within the next five years. As AP notes, the announcement comes after Hyundai’s latest quarterly profit slid to the “lowest in five years.”

Hyundai has hired a luxury vehicle veteran, Luc Donckerwolke, to begin working on both its Genesis models as well as its more mainstream vehicles starting next year. His resume lists impressive past employers, including Lamborghini and Audi, and he previously worked as the chief designer at Bentley.

Chung Eui-Sun, the grandson of Hyundai’s founder and the current vice chairman, said that this is a “new start” for the company, which was the only major car manufacturer that did not have a separate luxury brand.