Donald Trump and Ben Carson Are Almost Neck and Neck 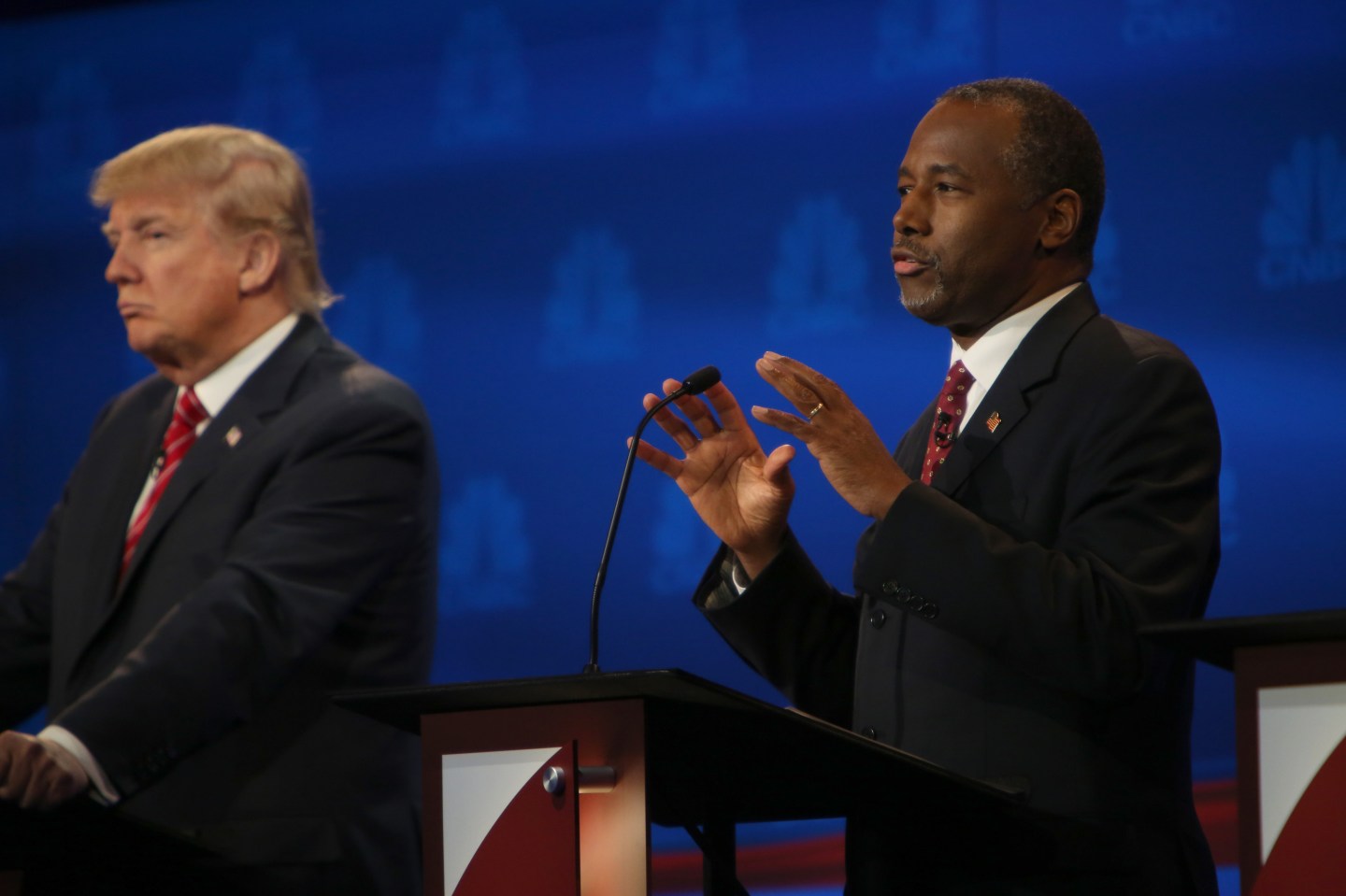 Yet another poll for the Republican primaries is out, and this one has a virtual dead heat at the top.

The new poll, from Quinnipiac University, has Donald Trump polling at 24%, and Ben Carson is just behind at 23%. Florida Senator Marco Rubio takes third with 14% of the vote, while former favorite Jeb Bush is getting just 4% support right now, according to CNN.

On the Democratic side of the ledger, Hillary Clinton is still up big with 53%, well ahead of second-placed Bernie Sanders at 35%.

In recent days Carson and Trump have see-sawed atop the Republican polls, while Rubio has ridden a strong performance in last week’s debate into the third spot, making him the highest polling candidate among those who have actually held elected office before.

The poll also looks at potential head-to-head match-ups for a general election. Clinton lost by 10 points in a head-to-head with Carson, but was just 5 points behind Rubio, and beat Trump.