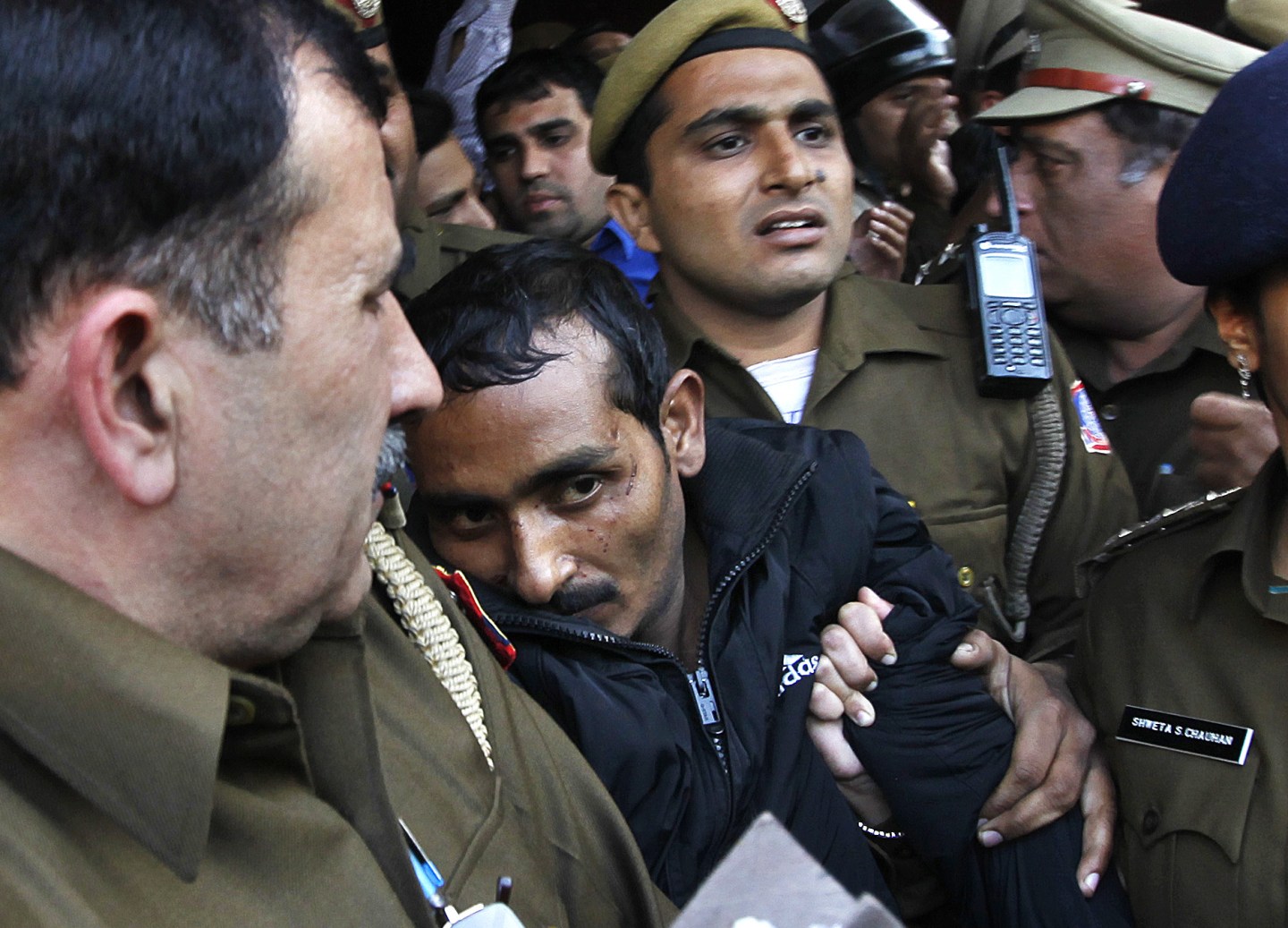 NEW DELHI, INDIA DECEMBER 8: Police escort Uber cab driver Shiv Kumar Yadav (C, in black) who is accused of raping a woman, following his court appearance at the Tis Hazari court on December 8, 2014 in New Delhi, India. Shiv Kumar Yadav was remanded in custody for three days while police investigates the case. Delhi government banned Uber from operating in the Indian capital for failing to do background check on Shiv Kumar, who had previously been accused of assault. (Photo by Raj K Raj/Hindustan Times via Getty Images)
Photograph by Raj K. Raj — Hindustan Times Hindustan Times via Getty Images

Uber driver Shiv Kumar Yadav was sentenced to life in prison on Tuesday for raping one of his passengers, Reuters reports.

The assault occurred last December in Delhi. A woman had hailed a ride using the app and, when she fell asleep during her trip, Yadav drove to a secluded area and attacked her. He was found guilty last month of rape, kidnapping, and criminal intimidation.

He had a criminal record when he applied to become a driver for Uber, but was able to conceal it from the company by providing fake references. Though Uber implemented tighter background checks in response to the attack, another driver was accused of sexually assaulting a passenger in New Delhi over the summer. According to India’s National Crime Records Bureau, 338,000 crimes against women were reported in 2014 alone, over 36,000 of which were rape.

The ride-sharing service was banned in India immediately after the first assault. The company revived operations the following month, even though the ban was only recently lifted.

D.K. Mishra, Yadav’s lawyer, maintains that his client is innocent and says that he will appeal the sentence in a higher court.