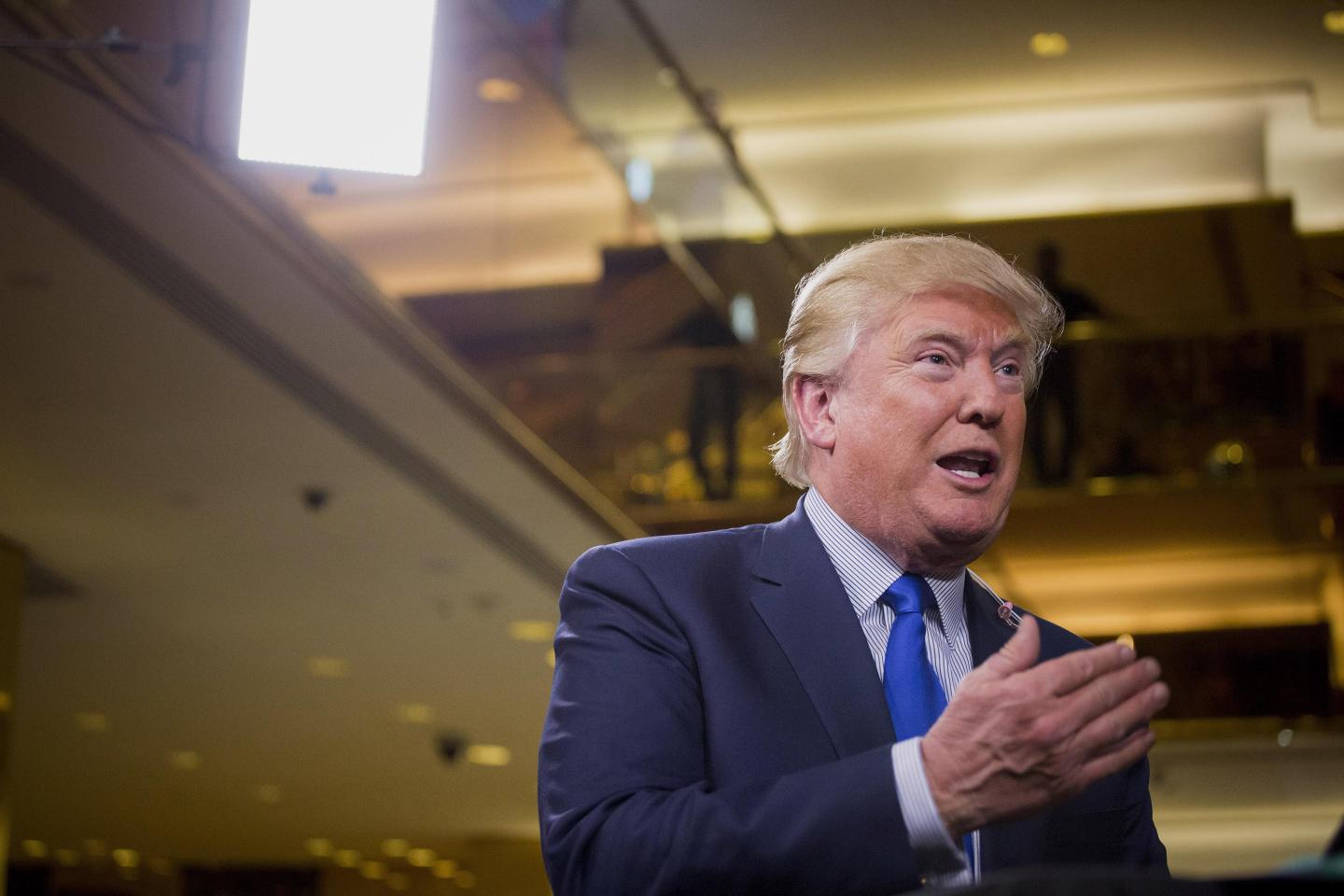 Donald Trump, president and chief executive officer of Trump Organization Inc. and 2016 Republican presidential candidate, during an interview on Bloomberg Television's "With All Due Respect" at the Trump Bar of the Trump Tower in New York, U.S., on Wednesday, Aug. 26, 2015.
Photograph by Michael Nagle — Bloomberg via Getty Images

Throughout his presidential campaign, one of the biggest knocks on Donald Trump has been his temperament. Would this guy, who got so angry at debate moderator Megyn Kelly that he felt to need to Tweet about her for weeks, be able to be calm and rational if he was faced with a truly stressful situation like a war or a terrorist attack?

Republican voters seem to think so, because 34% of Republican voters said they trusted Trump with control of the nation’s nuclear weapons, according to Reuters. That number, taken from the latest Reuters/Ipsos poll, puts him behind only Ben Carson at 39%.

Foreign policy has been a major theme in the Republican debates so far this year. The Obama administration’s Iran Deal, the ongoing war with ISIS in the middle east, the Israeli-Palestinian conflict and tensions with Russia and Vladimir Putin have all been discussed in debates and elsewhere on the campaign trail. Coming into the election, Trump’s biggest bona fide was is business acumen, not his foreign policy chops. If he’s winning over voters on foreign affairs, that can only be good for the real estate mogul.