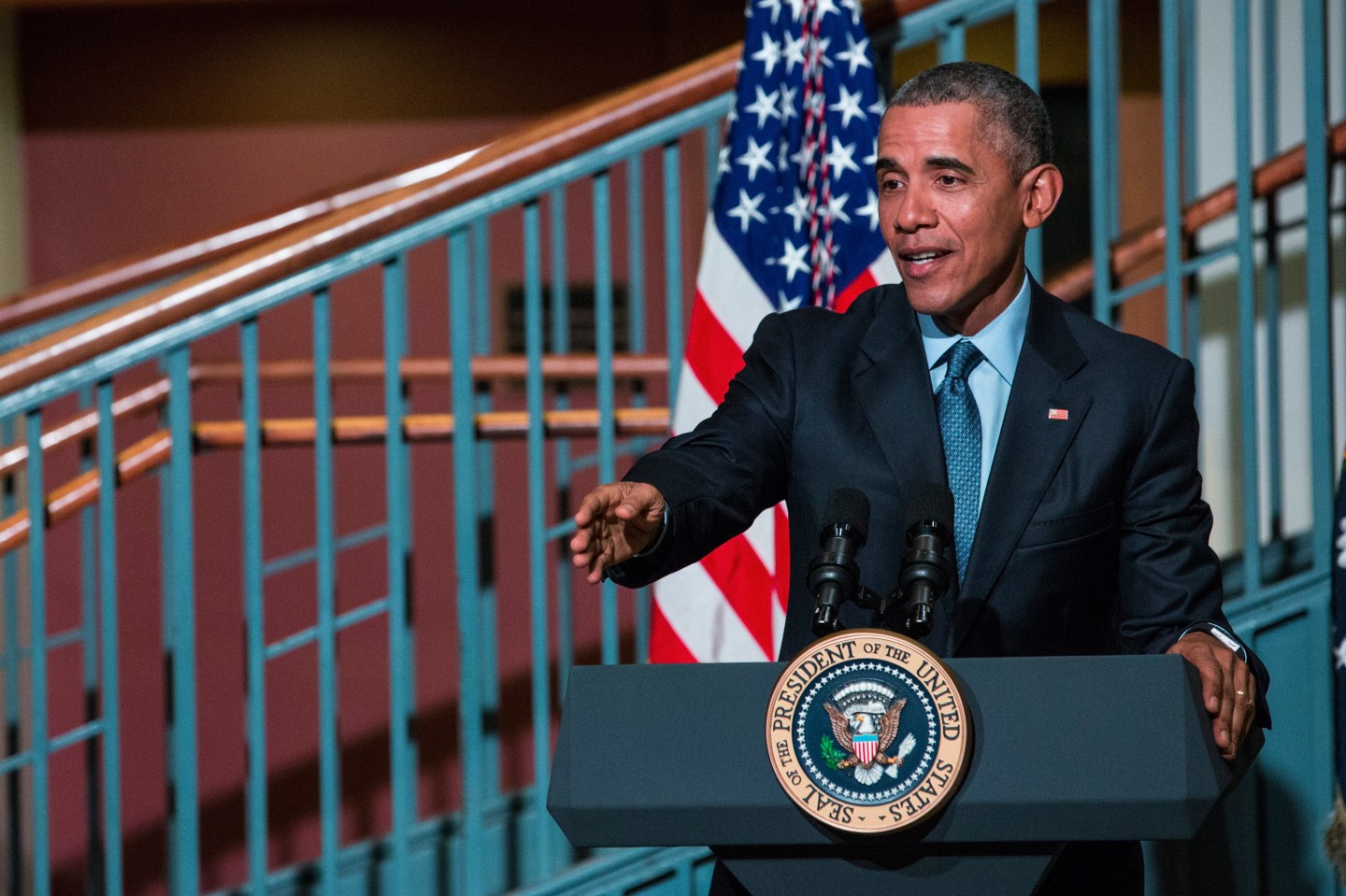 Republicans are still fuming over CNBC’s presidential debate last week, during which moderators asked questions that the Republican Party said were “petty and mean-spirited in tone.” But there’s one politician who enjoyed the spectacle: President Barack Obama.

At a Democratic fundraising event in New York Monday night, Obama taunted the Republican candidates for complaining about CNBC’s questions.

“Have you noticed that every one of these candidates say, ‘Obama’s weak. Putin’s kicking sand in his face. When I talk to Putin, he’s going to straighten out,'” Obama said, according to CNN. “Then it turns out they can’t handle a bunch of CNBC moderators at the debate. Let me tell you, if you can’t handle those guys, then I don’t think the Chinese and the Russians are going to be too worried about you.”

Obama also criticized the candidates for operating in a “different reality.”

Republicans lambasted CNBC after its debate last began by asking the candidates their greatest weaknesses, then quizzing Donald Trump on whether he was running a “comic book version of a presidential campaign.” On Oct. 30, RNC Chairman Reince Priebus wrote to parent network NBC, threatening to cancel the next scheduled Republican debate on the company’s Telemundo channel. Left-leaning comedian Stephen Colbert joined the pile-on, saying the moderators conducted the debate “unburdened by a shred of respect.”