Skype founders are working on a robot that delivers groceries for $1.50 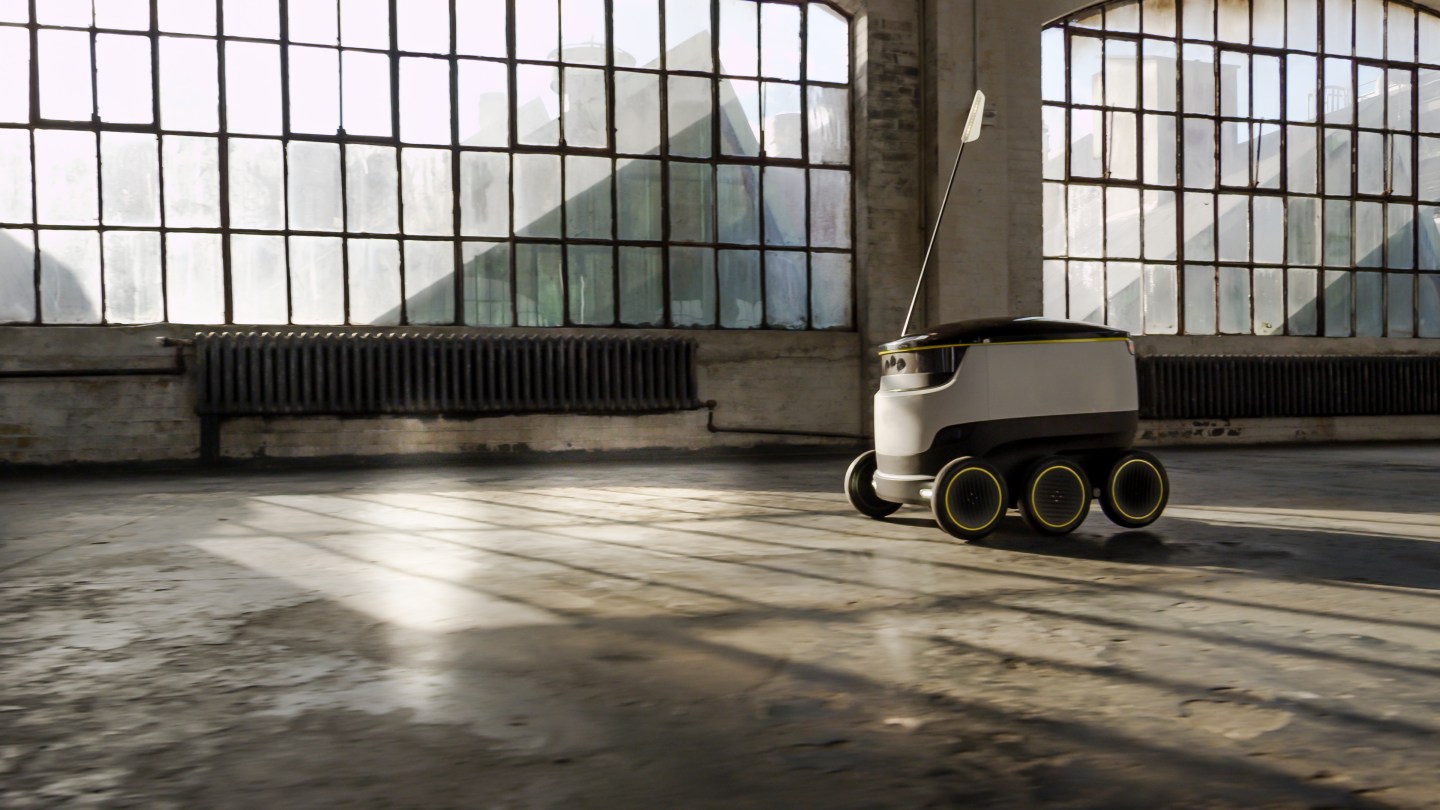 The co-founders of Skype are working to develop a grocery-delivering robot that looks like a descendant of R2-D2.

With the launch of their new company, Starship Technologies, on Monday, Ahti Heinla and Janus Friis unveiled their invention, which is an autonomous, self-driving robot that will be overseen by human operators to ensure safety. The robot is expected be able to carry up to 20 lbs.—which is about two grocery bags—cost customers about $1.50 per trip, and deliver in less than half an hour, according to the Telegraph.

“Our vision revolves around three zeroes—zero cost, zero waiting time and zero environmental impact,” said Heinla in a prepared statement. He believes his delivery robots will smoothly blend with pedestrian traffic, traveling on sidewalks at about four miles per hour, which the company describes as a “brisk walking pace.”

Starship is testing and demonstrating prototypes and plans to launch its first pilot services with as-yet-named partners in the U.S., U.K. and elsewhere next year.