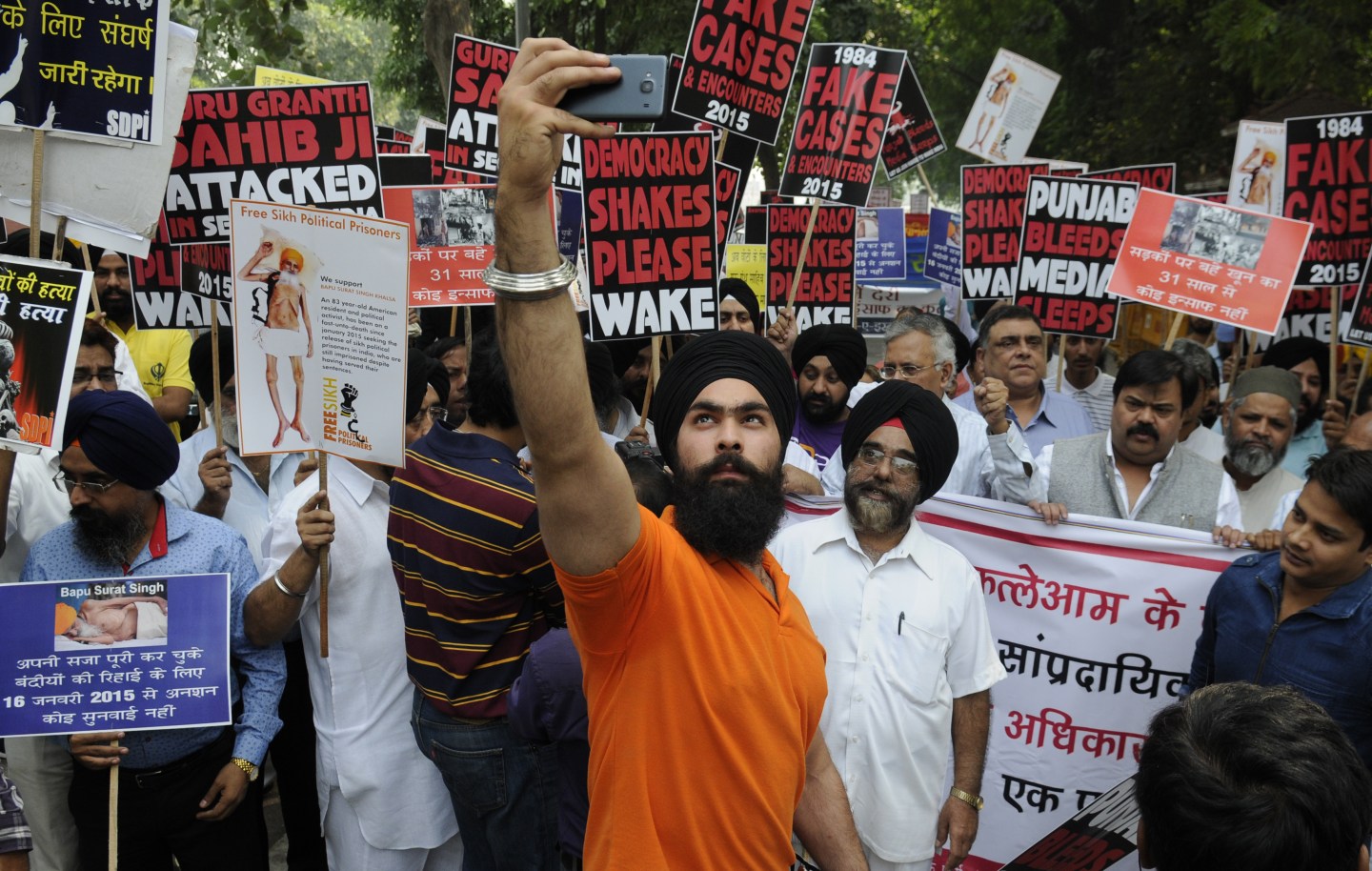 The chorus of voices expressing concern about religious intolerance in India grew louder over the weekend, when two of the country’s top business leaders and a noted economist joined individuals from a broad spectrum of professions that have already decried the resurgence of Hindu nationalism under Prime Minister Narendra Modi.

The growing intolerance “creates a kind of concern about investing in a country,” said Shaw, the chairman and managing director of Indian biotechnology company Biocon.

“We have always celebrated our democracy as a very vibrant democracy, as a very tolerant society,” she said Saturday, “And I think we must uphold all these values.”

Desai, a renowned Indian-born economist who is now a U.K. citizen and Member of the British Parliament, cited the behavior of politicians from Modi’s ruling Bharatiya Janata Party (BJP) as one of the main problems.

“It’s basically the anti-Muslim tone of some of the BJP Ministers and MPs which actually for a lot of people is wrong and it is time that the leaders of BJP said so openly and clearly,” Desai said.

Murthy, the billionaire founder of IT company Infosys, had said earlier in an interview with Indian news channel NDTV that there is “considerable fear” among minorities in India that must be resolved to preserve the economy.

Eminent individuals from a variety of fields, including literature, art, film and science, have all protested the perceived breakdown of freedom of speech in the officially secular South Asian nation — with many returning high-profile national awards in recent weeks.

But the addition of the business community to those voices will likely provide a greater jolt to Modi, who was elected by a landslide last year largely for his promise to turn around the country’s economy.