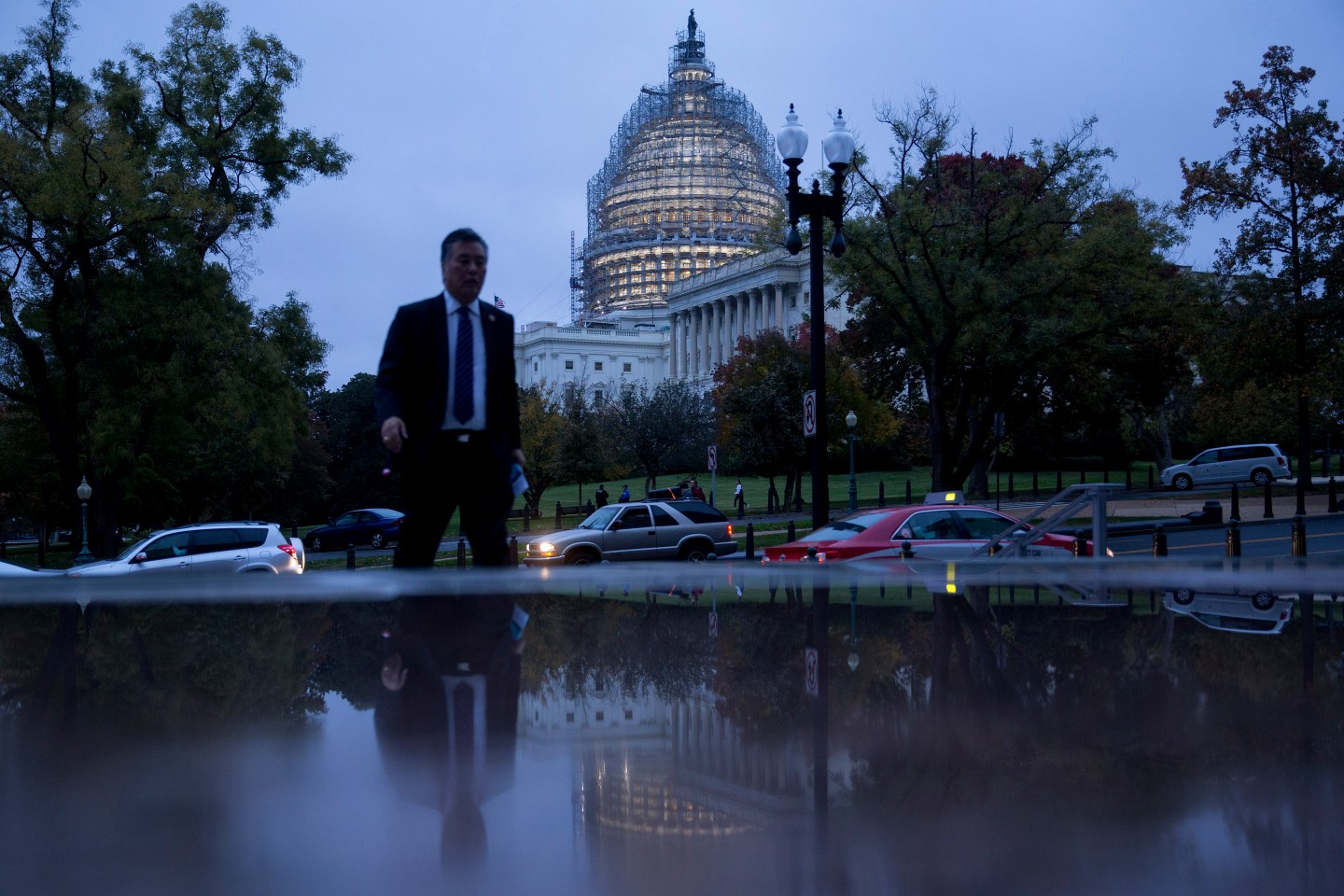 A pedestrian walks near the U.S. Capitol building surrounded by scaffolding in Washington, D.C., U.S., on Wednesday, Oct. 28, 2015. House and Senate Republican leaders plan to quickly move an $80 billion budget deal that would raise the federal debt limit and increase spending, aiming to get the measure to President Barack Obama's desk before a Nov. 3 deadline to avoid a federal default. Photographer: Andrew Harrer/Bloomberg via Getty Images
Bloomberg Bloomberg via Getty Images

The 2015 debt-limit drama is almost officially over.

The Senate passed a bipartisan budget measure early Friday morning that suspends the debt ceiling until March 2017 and increases spending on military and domestic programs by $80 billion over the next two years, according to a report in Reuters. The spending increases will be offset by cuts to Medicare and the Social Security Disability program.

With the House of Representatives approving the bill earlier this week, the legislation now goes to President Obama’s desk for his signature. Congress, under the leadership of new Speaker of the House Paul Ryan, must still appropriate the funds for the new budget before December 11th, which gives Republicans unhappy with the opportunity to try to force changes they’ve long sought, like defunding Planned Parenthood or amending the Dodd-Frank financial reform law.