Here’s how to watch a live exorcism this Halloween 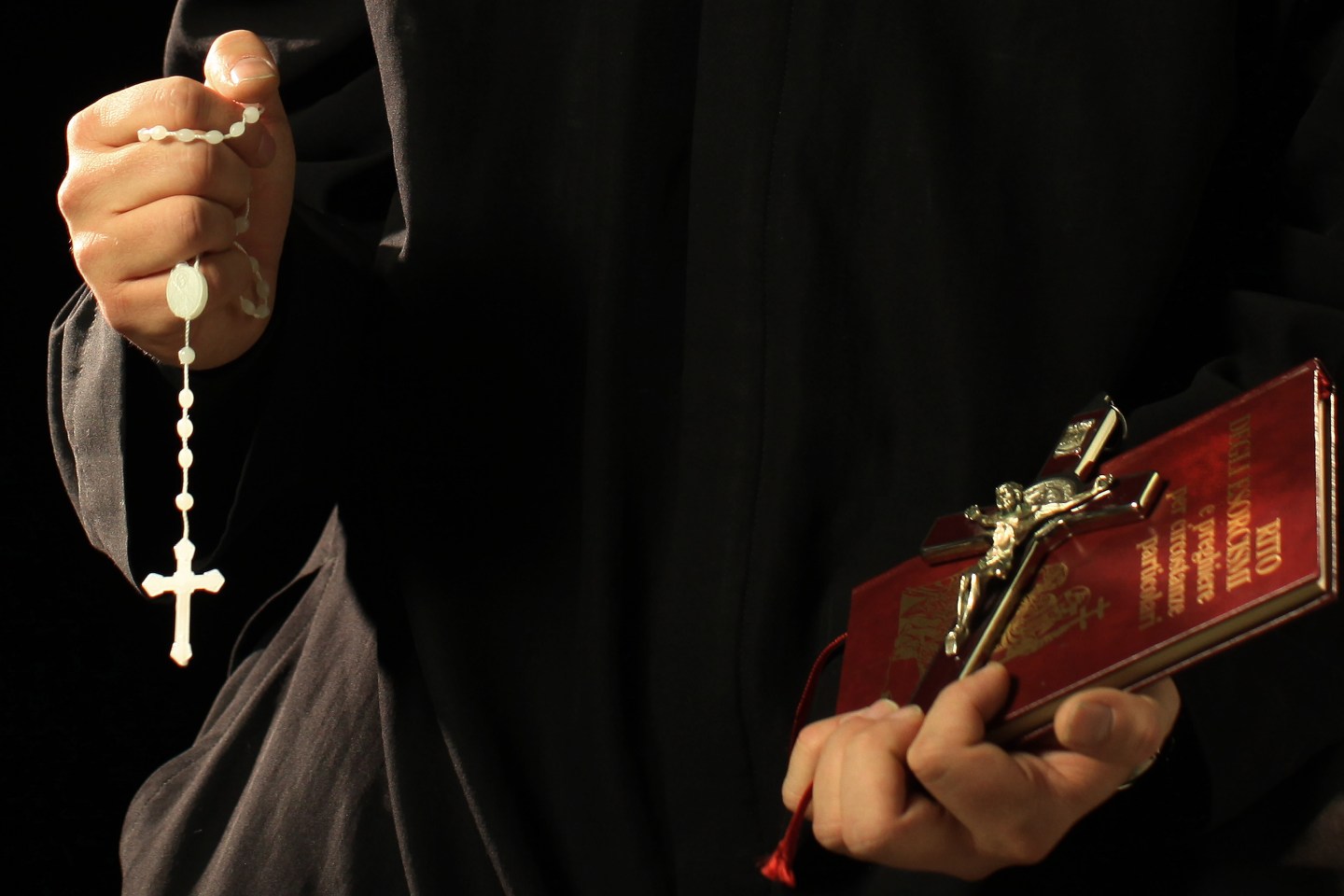 ROME, ITALY - JANUARY 12: Don Aldo Buonaiuto holds the necessary for his exorcisms on January 12, 2012 in Rome, Italy. Father Aldo Bonaiuto, one of the Vatican's team of anti-occult priest, holds lessons of exorcism at the Regina Apostolorum Pontifical Atheneum in Rome. The course is meant as a help to deepen in the reality of the ministry of exorcism in its theoretical and practical implications, and as a help for bishops in the preparation of priests who may be called to this ministry. (Photo by Franco Origlia/Getty Images)
Photograph by Franco Origlia—Getty Images

Horror movies not real enough for you? Cable channel Destination America has you covered.

On Friday, the channel will broadcast a live exorcism in the suburban St. Louis house that inspired “The Exorcist.” On hand for the event, called “Exorcism: Live!” will be bishop James Long, a psychic, and the team of ghost investigators that star in the network’s “Ghost Asylum” series. Nearby, paramedics and police will be on standby, according to the Washington Post.

The house getting all the attention has been identified by ghost hunters as full of evil spirits. In 1949, a teenaged boy known as Roland Doe underwent an exorcism on the house’s second floor–an event that later inspired “The Exorcist.” Since then, the house has been a paranormal landmark. “There have been unusual reports of paranormal activity at this house for many years since 1949, as well as from the hospital, which has since been torn down,” creator and executive producer of the show Jodi Tovay told the Huffington Post.

The show will be broadcast via robo-cameras placed throughout the house, and viewers are encouraged to alert the exorcists via Twitter if anything suspicious occurs in the other rooms.