Here’s why more Americans are getting cremated 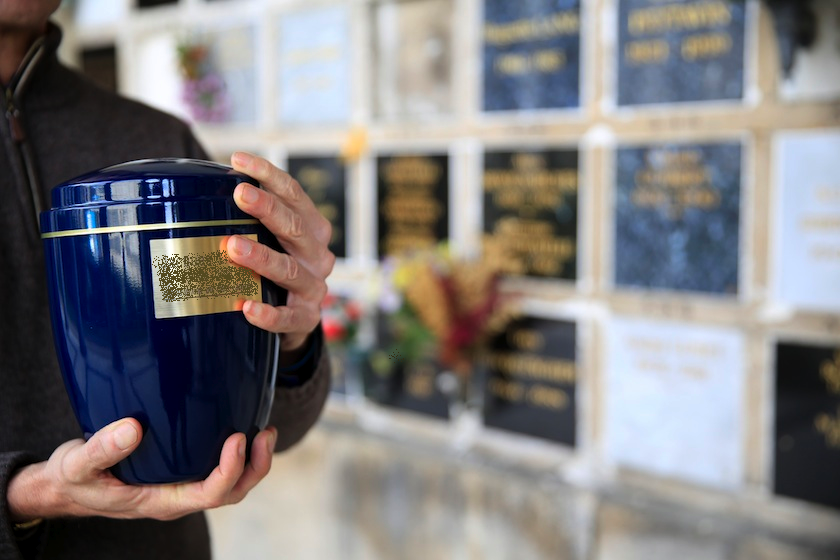 Graveyards may be on their way to passé. The number of cremations in the U.S. has nearly doubled in 15 years, according to the latest data from the Cremation Association of North America (CANA). In 1999, just about 25% of bodies in America were cremated. In 2014 that percentage was up to nearly 47%.

American cremation should reach a full half of all deaths by 2019, CANA’s Cremation Statistics Annual Report revealed. To the north, that number is even higher, with a projected three out of four Canadians choosing cremation.

Several factors are driving this shift: One is religion, and a growing lack thereof. The states with the highest cremation rates also have large populations unaffiliated with organized religions. In 2014, the top five states for cremations by percentage were: Nevada and Washington, where more than three quarters of bodies are cremated, followed closely by Oregon, Hawaii, and Maine. At the lower end of the cremation rate scale are states where organized religion is more ingrained: Mississippi, where less than a fifth of bodies are cremated, was followed by Alabama, Kentucky, Louisiana, and Utah. (See the ranking of all 50 states in the table below.)

Another factor is cost. The National Funeral Directors Association (NFDA) gives the 2014 national median rate for a traditional adult funeral with viewing and burial at $7,181. Adding a vault, also known as a grave liner, required by some cemeteries, bumps it up to $8,508. That’s not counting cost of a burial plot, headstone, and other graveyard expenses: Another source puts the cost of a plot burial in a cemetery between $4,000 and $11,600, all in.

The cost of a burial plot is higher in densely populated urban areas and predictably reaches ludicrous heights in New York City, where the last two openly available in-ground burial plots in Manhattan are on the market for $350,000 per vault. The prices for burials at one graveyard in New York’s least populous borough, Staten Island, are still pretty high: In-ground burial for a single grave (two interments) is $5,800, plus the numerous other associated burial, memorial headstone, and cleanup costs.

Now compare that to cremation: The NFDA put the national median cost for an adult funeral with viewing and cremation at $6,078, which includes costs for the funeral home, limos, hearse, printed memorial package, and other traditional trappings. The aforementioned Staten Island graveyard charges $2,800 for a “cremain” grave with four interments. Direct cremations without a memorial service can cost well below $1,000—but that doesn’t mean those deaths necessarily go un-memorialized.

Which brings us to factor number three. Cremation can be part of another death services trend: personalization. The National Funeral Directors Association attributes the movement to aging baby boomers who want to make their memorials (and those of their loved ones) more meaningful.

As CANA notes, when a body is cremated, families have more flexibility for the memorial: The remains can be easily transported, there’s no time constraint, and the ashes can either be scattered at a meaningful site, or incorporated into keepsakes such as jewelry or even into a coral reef.

And with traditional funeral home services no longer being necessary, many families are conducting wakes and memorials in their own homes. The National Home Funeral Alliance provides guidance nationwide.