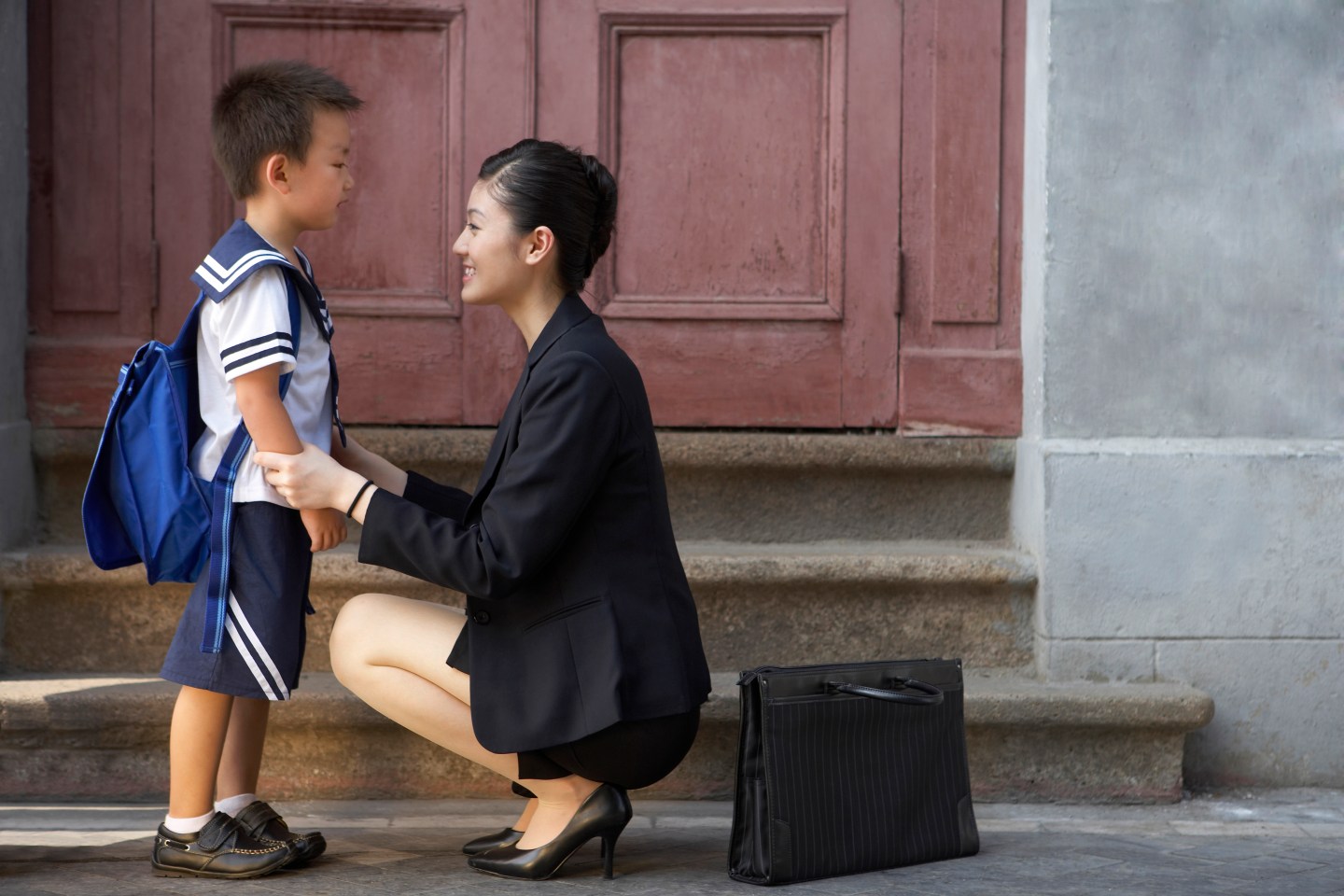 On Thursday, China lifted its decades-old one-child policy, allowing families to have two children. While the central government didn’t explain its reasons, analysts say the move comes at a time when the world’s second-largest economy is worried about a drop in its working-age population and its growing ranks of elderly people.

One of the questions raised by the change is how it will affect women in the workforce. Women comprise 64% of China’s workforce, according to World Bank data, and many analysts and sociologists have said China’s one-child policy, which was put in place in 1980, contributed to the large number of women climbing the corporate ladder.

Indeed, a recent research report by Shanghai-based market research firm Hurun revealed that a majority of the top 10 self-made billionaire women came from China. Many of the nation’s high-profile companies, such as Baidu and SOHO China, have female executives and Alibaba CEO Jack Ma has gone as far as saying women are his company’s “secret sauce.”

Georgetown professor Arthur Dong, who teaches strategy and economics at the McDonough School of Business, said he doesn’t expect the new policy to deter women from pursuing high-powered careers. “Women in China have made great strides in the business world as a result of their ambition and expectation of what is attainable,” he said. “Women are enrolling in college and seeking advanced professional degrees in large numbers.”

China’s tradition of relying on family may help working women when it comes to caring for multiple children. “Often, couples will rely on extended family. Grandma or grandpa to step in and mind the child while the couple is working,” Dong said. “For many families this is a time-honored tradition and one that grandparents willingly accept.”

In addition, the new policy may spur forward-thinking companies to increase on-site childcare to make it more convenient for employees to return to work.

But other China watchers say the shift may make gender discrimination in the workplace more prevalent, as companies could become reluctant to hire women, knowing they may take more time off to have children. In a 2010 study of women’s equal employment rights in China, more than 70% of respondents said they thought they were not hired or promoted because of their gender.

For many women, the impact of having a second child may be less about their career and more about their family’s finances. The CFO of an investment company in Shanghai told Fortune that he didn’t think the two-children policy would affect women in the office because “it’s not about the restriction, but more about the willingness to give birth, which is fairly restricted by the high burden of financial cost.” (The executive asked that his name be withheld over concerns about how the government would view his comments.)

Concern over growing costs of raising children in China has been rising in recent years. “Urban residents, who would be the biggest beneficiaries of any changes in the rules, do not generally appear to want more children,” researchers from London-based Capital Economics wrote in a recent note, citing a 2013 survey that showed nearly 50% of urban residents do not desire multiple children.

“Chinese parents would choose the best baby-related products they could afford for their children, hence, baby-related products account for a big part of the family cost,” said Euromonitor International research manager Joy Huang, referring to buying products such as imported milk formula and air purifiers to combat pollution.

In the short term, the policy probably won’t have an effect on the workforce. But over the next few decades, there could be unforeseen consequences, as more women have to choose between—or try to balance—moving into executive positions and having ample time to raise their children.

Shortly after the news broke, I asked a Chinese middle-class female friend who’s recently married and thinking about getting pregnant. She said she liked the new rules, but was concerned about women having less time to concentrate on work. “Many people will say women can’t do this,” she said, before pausing and adding, “but the fact is women have a lot of abilities.”