Yes, Carly Fiorina has had paid speaking gigs since running for president 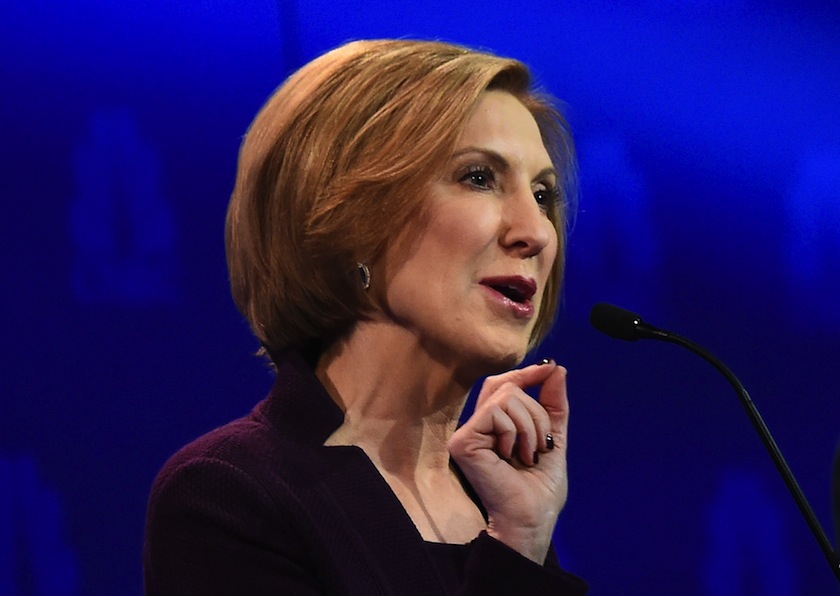 After vehemently denying that Carly Fiorina was available for paid speeches during her run, the Republican presidential candidate’s candidate campaign admitted to ABC News that Fiorina has given two paid speeches since announcing her presidential bid.

However, the campaign insists that Fiorina had committed to the speeches long before announcing her run and that the money went directly to charity.

“The money never comes through us, it goes straight to charity,” Fiorina’s press secretary told ABC. “These were all booked at least a year out and Carly likes to keep her commitments when she can.”

The speeches, which paid $48,000 each, according to Fiorina’s personal financial disclosure to the Federal Election Commission, were given to the Young Presidents’ Organization in Kissimmee, Florida—which also featured naked women for attendees to paint on for their entertainment—and at AT&T in Dallas, Texas.

Questions about the former Hewlett-Packard CEO’s speaking engagements first arose on Tuesday after the Wall Street Journal published a copy of an email sent by Leading Authorities, a public speaking firm that represents Fiorina.

“We don’t advertise Carly Fiorina on the Leading Authorities website, but if you have an interest in booking her for an upcoming meeting or event, please let me know and I’d be happy to share her availability and fees,” reads the email.

According to the FEC disclosure, Fiorina made a total of $786,000 in speaking fees from January 2014 until June 2015, when she announced her candidacy.