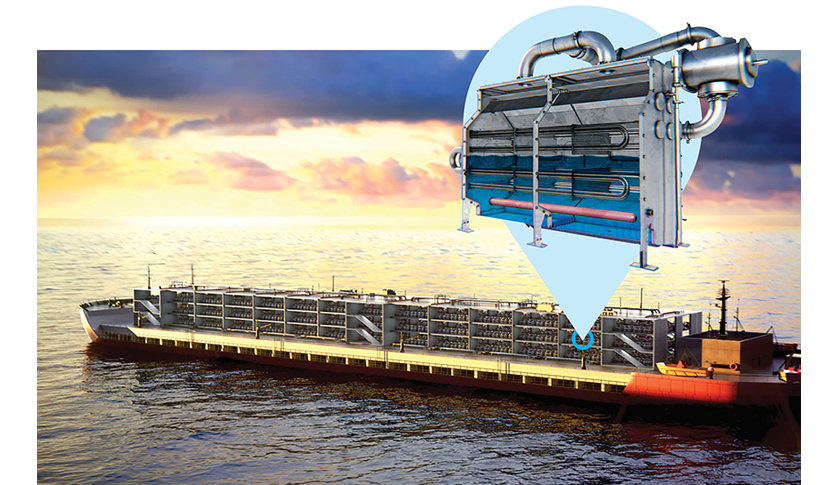 Photo: Courtesy of Billions in Change

If rain doesn’t arrive soon, speculators will start taking bets on whether California can survive what has already been a devastating four-year drought. Many hope that El Niño storms will help replenish groundwater reserves. Relocating millions of people has been floated as a last resort.

But Manoj Bhargava prefers to make his bet—one worth an estimated $4 billion, thanks to 5-Hour Energy, his smash-success energy drink—on his own innovations.

Bhargava’s bottled beverage is ubiquitous, but his name is mostly unknown. Yet for the past several years the self-effacing CEO has been quietly pouring most of his wealth into radical, home-brewed solutions through Stage 2 Innovations, his investment fund. Tucked away in a sprawling R&D facility in the tony Detroit suburb of Farmington Hills are solutions that, Bhargava says, will solve the planet’s most pressing resource scarcities.

Take the Rain Maker, a desalination unit roughly the size of a flatbed truck that relies on a conventional power source to distill seawater into freshwater well beyond Environmental Protection Agency guidelines. A single Rain Maker can be placed in a town with a wastewater plant. In a crisis, hundreds could be stacked on an ocean barge to process seawater. Coastal desalination facilities typically cost billions to construct and require massive amounts of energy. Could the Rain Maker, produced at industrial scale, pull California back from the brink of disaster? The forecast looks promising. Regulators at the Brackish Groundwater National Desalination Research Facility, a testing facility administered in New Mexico by the Department of the Interior, have given it a stamp of approval.

Bhargava, a Princeton University dropout and former Hindu monk, contends that complex solutions aren’t necessary to solve the world’s most pressing problems. “I’m not that smart,” he insists. “[In the ashram] we were taught to think from a simple point of view. That training made all of this relatively easy.” The Rain Maker and Bhargava’s other potentially world-changing tools, such as a recumbent stationary bicycle that generates a day’s worth of electricity in an hour of leisurely pedaling, have few moving parts and were designed so that nearly anyone can repair them. “We fish in the simple pond, whereas everybody else fishes in the complicated pond,” he says with a shrug.

The Stage 2 team aims to put the Rain Maker into production by the first quarter of 2016. That’s why Bhargava agreed to participate in Billions in Change, a documentary film spotlighting his work—to spread the word. “My job from here on out is to get this implemented,” he says, “and to get politicians and environmentalists to work with us.”

One thing he’s not shy about? Plans to sell his technology for profit in drought-plagued California. (Bhargava is, after all, a businessman.) But he intends to use the profits to give Rain Makers to the poor in India.

“The purpose of business, in the end, is to serve society,” he says. “I want to redistribute wealth in an intelligent way.”

A version of this article appears in the November 1, 2015 issue of Fortune with the headline “A new approach to clean water.”