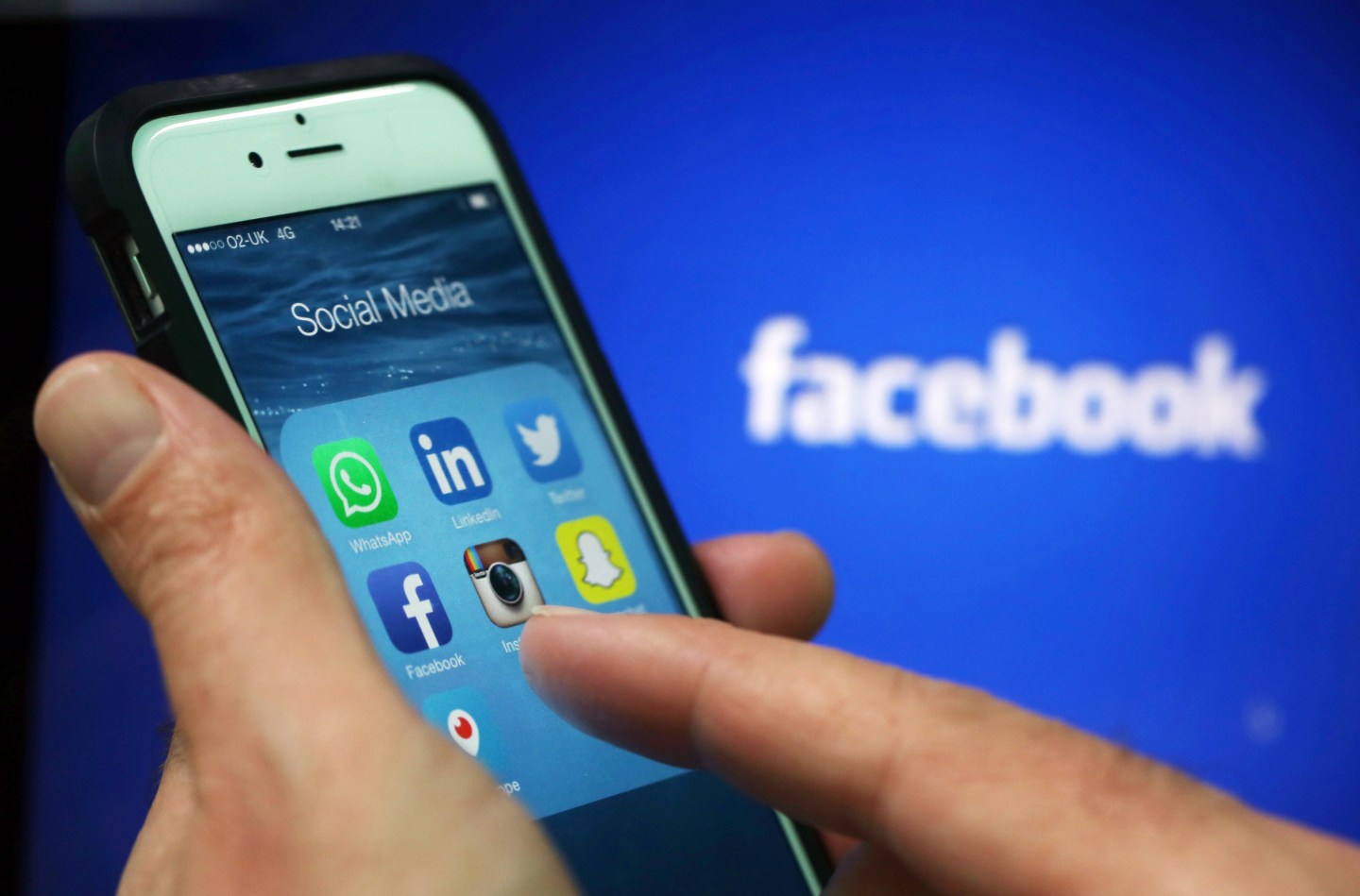 If you’re of a certain age, the web has a single thing at its core, and that is the hyperlink—those blue links that connect one page to another, creating a kind of interlocking mesh of URLs that encircles the globe. But if you’re someone who lives on social networks like Facebook, Twitter, and Snapchat, links don’t matter nearly as much because you hardly ever see them, and even if you do, you probably never click on them.

Facebook’s “Instant Articles” and Twitter’s new Moments feature seem to be accelerating this phenomenon, for better or worse. The whole point of Facebook’s Instant Articles project, in which it has formed partnerships with publishers like the New York Times, is that the content from those publishers exists completely inside Facebook’s mobile app. It’s consumed there, and shared there—there’s no link to an external site because it’s unnecessary.

Twitter (TWTR) seems to be taking a similar approach with Moments, a listing of tweets and images that are selected by the company’s editorial staff. They are a great way to catch up on the news, but if you want to get at the link to the underlying story, it is hidden three clicks deep. Realistically, there’s zero chance that anyone will actually click those links.

The stated reason for Facebook’s Instant Articles is to help publishers speed up the loading of their articles on mobile. But from the social network’s point of view, the main benefit is that it keeps people inside Facebook, because there’s effectively no option to click and go somewhere else.

The spider and the fly

In fact, according to the Wall Street Journal, in some cases you can’t include a link to the website that published the story even if you want to. Since the Washington Post publishes 100% of its content through the Facebook Instant Articles feature—a somewhat controversial strategy— if you try to link to a story on the Post website, it winds up getting converted into a link to the Instant Article.

According to both the New York Times and Facebook itself, the initial results show that Instant Articles get shared a lot more than the more traditional kind of post that has an excerpt from a story and a link. Because the posts load quickly, it’s more likely people will read and share them, Facebook product manager Michael Reckhow pointed out in a recent interview with the Nieman Journalism Lab.

That’s good for Facebook (FB), since it means more engagement, which is the whole reason why they are reaching out to publishers in the first place. And theoretically it’s a good idea for the media outlets that are participating, because their content is being shared more widely and they are reaching more people.

But do publishers lose out because their articles and videos live completely inside Facebook? The social network argues they don’t, because they get to sell the same advertising as they would on their own site, or they can share the revenue from Facebook’s ads (Twitter doesn’t share revenue from Moments, at least not yet). And the traffic that occurs with Instant Articles is treated the same by audience measurement firms like Omniture, as though it was on their own site.

So where is the downside? The risk is that since news consumption occurs entirely inside Facebook, the social network becomes the default source of news for large numbers of people, and they eventually stop associating that news with the outlet that actually created it. There’s already some evidence that this is happening.

On top of that, because Facebook controls the algorithm that determines what users see or don’t see, then it gets to decide what the news is, and what is important. And that’s a potential problem if Facebook chooses to delete disturbing images or news stories about war and promote peaceful happy stories instead. In some cases, information disappears from Facebook and the social network never explains why.

There are definitely risks for news outlets and publishers with both Instant Articles and Moments, especially if those outlets don’t have a business model that lets them function as a completely distributed media entity—that is, one whose content lives on a range of different platforms and networks—the way BuzzFeed does.

Should we mourn the hyperlink?

More broadly though, is the death of the hyperlink something we should be concerned about? Does it matter that growing numbers of users, particularly on mobile devices, never actually go to the source of the news they are reading? Many people never clicked on links even before mobile and the social web came along, either because they were lazy or because they didn’t have time to go any deeper.

In the old days of the web, links were a way of showing that you had done your research, a way of supporting your facts and assertions, and also a way of paying your respects to other bloggers writing about the same things. But as blogs became media companies, links started to get buried at the bottom of stories, and aggregators in many cases never bothered linking to the original source at all.

From that perspective, features like Facebook’s Instant Articles and Twitter’s Moments are just the continuation of an ongoing process of devaluing the hyperlink— a process that values the stream over the URL, the in-app experience over the click. Another step in the transformation of the web into something more like television. Is that bad? I honestly don’t know. But there’s no question it’s happening.