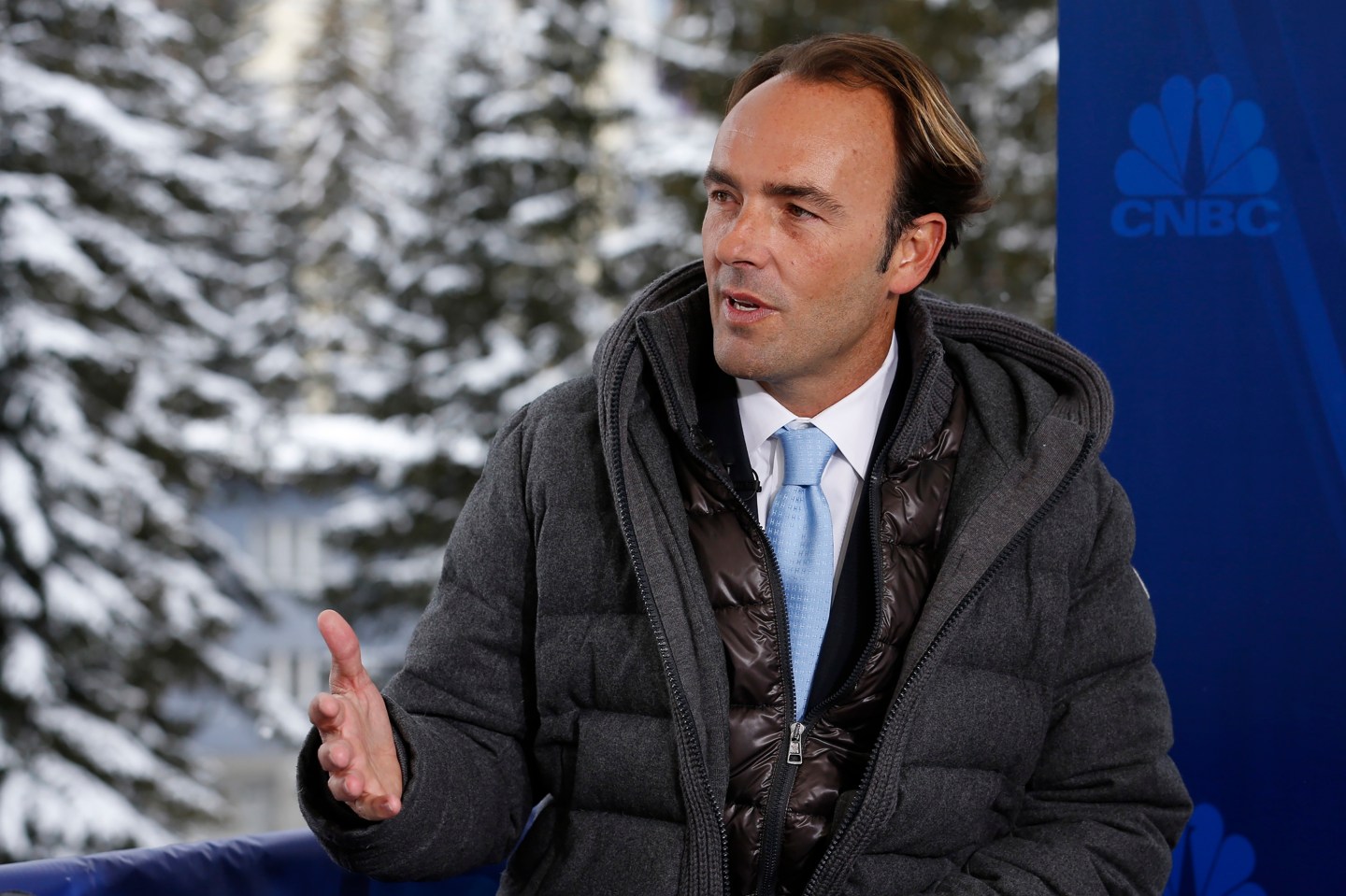 Kyle Bass, head of Dallas-based hedge-fund Hayman Capital Management, rose to prominence in 2007 for being one of the few investors to spot the U.S. financial crisis early, and to profit from it by betting against subprime mortgages. He successfully called Japan’s banking problems (and bold monetary stimulus) a few years later, and now he’s saying China will be next.

In an interview with Fortune prior to his appearance at this week’s Ira Sohn investing conference in San Francisco, Bass offered reasons why China’s impending banking crisis, though far bigger than the U.S. crisis in terms of the assets at risk, will have a smaller impact on the global economy. He also explained why the hedge fund business is less forgiving than it has ever been. Edited excerpts of the conversation follow.

Fortune: You have said the banking system in China is under-capitalized, and the country could blow through foreign reserves quickly. What does China’s banking system look like?

Kyle Bass: It’s not a mono-variable equation. Foreign reserves aren’t China’s only access to capital – they can sell bonds and they can actually print more money. But when you are thinking about their [foreign-exchange] reserve pile, and investor solace that they have so much money – a $3.5 trillion rainy day fund that they can weather any storm – the point is that their banking system used to be 41 trillion RMB only eight years ago and now it’s 184 trillion RMB. They have $31 trillion of assets in their banking system. Their economy is $10 trillion.

When the U.S. was entering the financial crisis, the US banking system was [equivalent to] 100% of GDP, with $16 trillion of assets on the balance sheet. We had $1 trillion of equity, meaning we were, in essence, levered 16 times. Loan losses then were about 7.6%. China has three times its GDP in bank assets.

Their reserves imply they could cover about 10% in loan losses, right? They have a $3.5 trillion fund and about $31 trillion of assets. Isn’t that reasonable?

My view is that China is an emerging market. Last time it had a non-performing loan crisis in 2001 to 2002, their losses got to over 30% of assets across entire banking system. My view this time, since they have grown 400% in eight years, is that they are going to have some loan losses. And emerging markets should never be higher than developed markets in [ratio of] bank assets to GDP. That is my conservative assumption.

So how do they recapitalize?

Let’s say in this cycle they lose 10%. They are going to need $3 trillion to recapitalize. This $3.5 trillion in FX reserves isn’t what it appears. If you subtract the CIC fund which is partly invested in bank equity, gold, and the policy bank injection, the real FX numbers are $2.7 trillion.

Will China get through it?

Yes. They can print bonds. China has the resources to recap banks and get through it like the U.S. did.

But what does that mean for everyone else?

If we are right about China, they are going to have credit contraction and a hard landing. It’s not the end of the world but it will be a hard landing. Asian GDP overall will be extremely challenged.

What about the US economy?

We don’t know. If a third of the globe that’s been driving GDP growth slows down or goes negative, it doesn’t mean we are going into a surefire recession, but there is no chance of 2.5% real growth in the U.S. We think it’s going to shave 1.5% off GDP growth: That means that U.S. GDP could be up 0.5% to 1%, which is not good. Again, it’s not the end of the world. The U.S. already recapped its banks so we won’t have any banking problems. But we will have problems with growth.

In the U.S. financial crisis, we had Lehman [Brothers] go down. When Lehman went down, all letters of credit and trade were cancelled and had to be redone. Global trade came to a halt.

So is it that these economies are decoupling or simply that the global banking system is much less tied to Chinese banks?

We don’t think the Chinese banks represent a systemic risk to U.S. banks. U.S. banks were so inextricably linked with all businesses, when Lehman went down there was this fear of a contagion effect.

You believe several emerging markets will be hurt as China slows. Are those mostly the East Asian markets tied to China?

It’s important to know how interconnected Southeast Asia is with itself. Singapore has 68.4% of exports going to East Asia. If China is contracting and the rest of East Asia is contracting, Singapore is at a huge risk. In all, China accounts for 40% of trade in the region. If Chinese banks have a credit contraction, what does that mean for the rest of the region? It’s not good.

How do you make money off this?

What we think is likely to happen is that the Chinese currency is likely to devalue. The next devaluation they do will be somewhere between 15%-20%. If and when they do, these other currencies are going to have betas to China. We think the Singapore dollar and Thai baht are going to devalue even more than China.

Do you have a preference to taking a bearish view? Is there anything you like right now?

No I don’t have a preference. I think when you look through our 10-year history, where we do best is where we spot anomalies. First was the financial crisis. Then we raised a Japan fund. Now we are really focused on the Asian banking crisis. There will be great things to come out of that crisis to go long. What you’ll see now is some loans going bad.

How do you think about length of time and your investments?

The subprime crisis happened very quickly. We launched a subprime-only fund in September 2006 and the first big crack in subprime bonds was February 2007. The Japan fund originally launched in end of 2010, and we had two years before the bank of Japan went on their shock-and-awe program, so that took a while. It is easier from a perspective of what we do to launch a special vehicle that has a three- or four-year time frame on it than it is in the hedge fund world that has quarterly redemptions. The Chinese banking issues are just getting started. It may take another two years or so before loan losses reach their peak.

So you do have the ability to take a longer-term stance on trades?

I have in the past, but in this world, in this day and age, if you don’t win for 18 months, everyone thinks you’re an idiot, so it’s much harder these days than it was even back then.

Quite a few hedge funds are shutting down. Thinking through how Fortress was unwound, how has the landscape changed?

I think it’s literally quarter-to-quarter. I think life is so fleeting in this business. You can have a fantastic track record and in one year’s time you can have redemptions for 80% of assets. It’s unbelievable how fickle investors can be. We literally count our blessings every time we wake up and have all the assets we have because you never know how fragile life is, both personally and professionally. You know how quickly everything can change. If you have a healthy respect for that, it is much easier to deal with it.

For more about the impact of China’s slowdown, see this Fortune video: