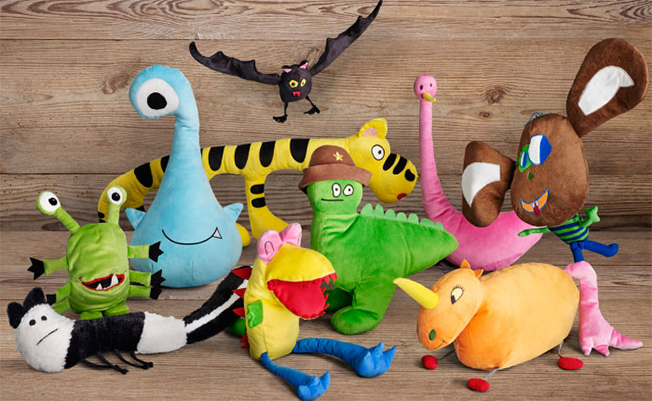 IKEA has partnered with UNICEF to allow a few lucky kids to draw designs that were made into toys—for a good cause.

As you can see in the image above, the toys include an array of funky-looking animals, monsters and more.

“Over the last 12 years the Soft Toys for Education campaign has enabled IKEA Foundation to donate $90.4 million (67 million euro) – reaching more than 11 million children in 46 countries, through 99 projects,” according to IKEA’s website.

For every toy that’s sold on IKEA’s website, the foundation donates one euro to kid’s education projects around the world, Consumerist reported.

The company also released a YouTube video to go along with the campaign: