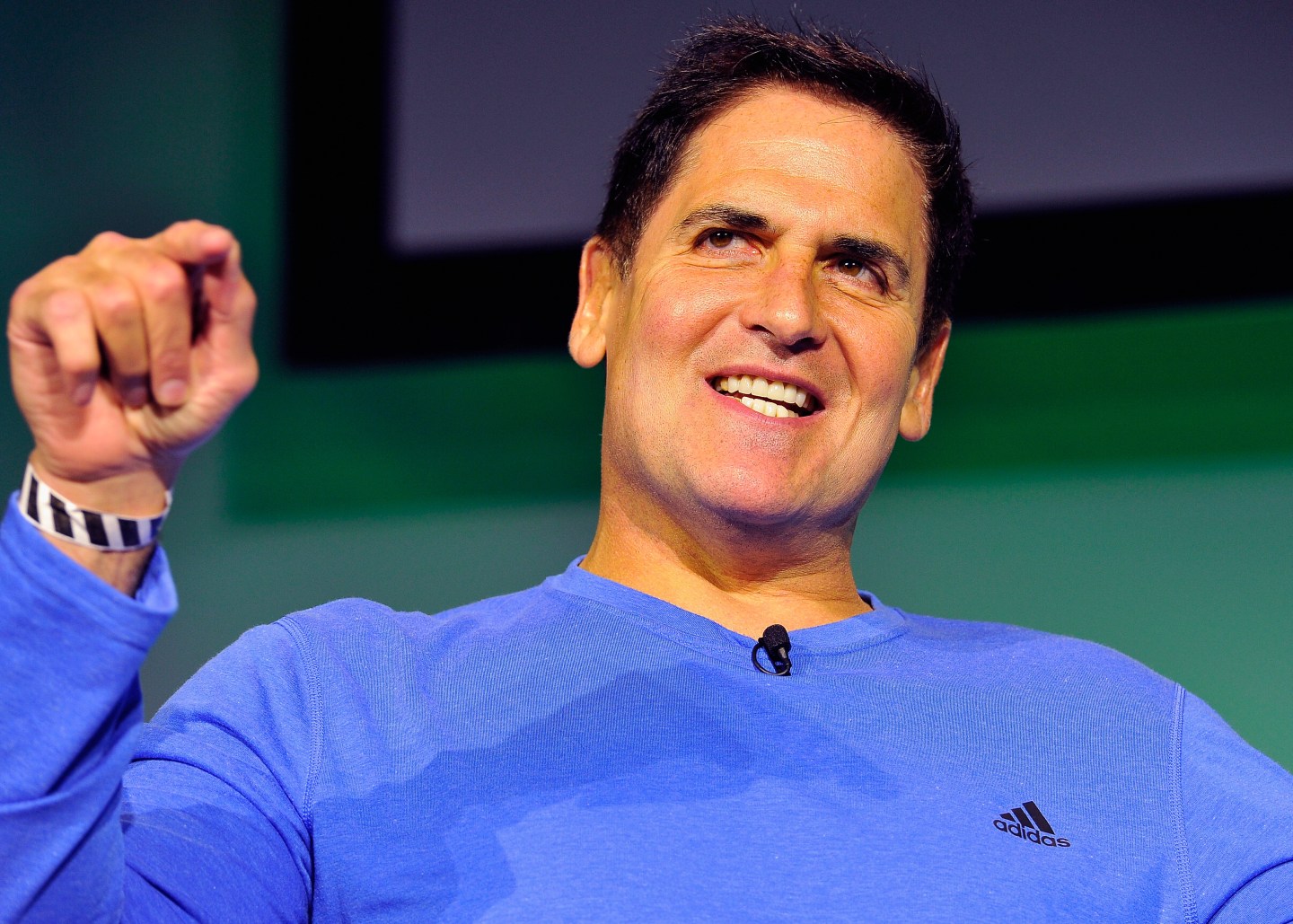 “Know your personality,” Cuban said, explaining how being self awareness is key for anyone to effectively sell their brand. Many entrepreneurs, he noted, are tremendously gifted at lying to themselves about what they can and can’t do, but that’s dangerous. By being self-aware, you play to your own strengths, and delegate out your weaknesses, and this helps build trust with customers as well as colleagues.

“If Mark’s open on the corner and Dirk has 5 guys around him, still give it to Dirk,” he explained, referring to the Mavericks power forward Dirk Nowitzki. In other words: If you aren’t 7’ tall with a 45.9% field goal percentage, don’t try to be the field goal guy.

To date, Cuban has invested in 37 businesses from Shark Tank. He also owns the Dallas Mavericks, Landmark Theaters, Magnolia Pictures and HDTV cable network AXS TV. To keep moving forward, he says, he mainly keeps meetings short when someone is holding a sizeable check. He doesn’t have an organization chart; he says a glance at this would terrify him.

“No one has the personal bandwidth to do everything. You have to find more personnel to complement you. To help make the company stronger. In a growth environment, the faster things go, the more the trains speed up, the less you’re going to be able to do. Hiring when you get to that 5th person, that 10th person, that 50th person, it gets harder and harder. And you get more and more removed from that process.”

Cuban is pretty hands off. He notes that he manages from afar in which he asks his staff to submit weekly reports. “Then they’ll never hear from me,” he explains.

It’s not surprise that if you are Mark Cuban, you often get stopped on the street for selfies and to hear business pitches. Cuban is known to bend for his fans —stopping to sign, listen, or smile – to such a degree that his team questions him on it. He says it’s easier and more fun to be nice than otherwise.

Cuban applies this to business: He said it may seem obvious, but “nice” is necessary. Being liked goes a long way, and Mark Cuban is likeable.

Cuban uses Shark Tank as an example of a business that should not be scaled. The popular television show features entrepreneurs competing for investor funding, but he warns against too much of a good thing. “I think there are too many business plan contests. ‘I finished 3rd here…I won $1500 there…’ they’re all horrible businesses.” He equates this proliferation to participation medals. “Too many create a false sense of demand.”

Simply put, if Travis Kalanick asks you to personally invest in his company, don’t mess up. “I over-negotiated,” Cuban admits.

Jamie Waugh Luke is the director of custom content for Fortune, Money, and Sports Illustrated magazines.