Women and minorities get the worst jobs in this industry 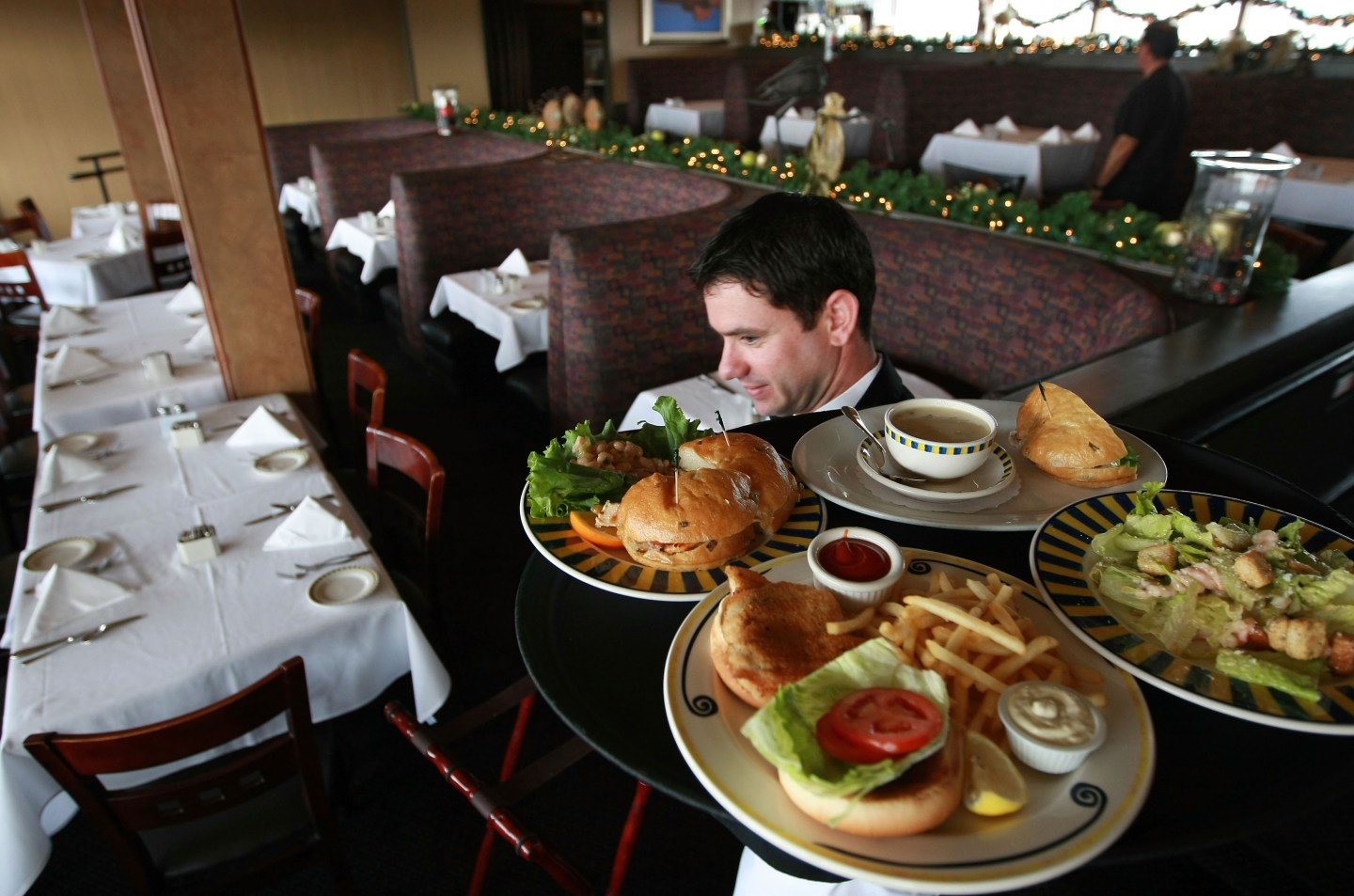 SAN FRANCISCO - DECEMBER 03: Waiter Alexander Alioto carries a tray of food through an empty dining room at Alioto's Seafood Restaurant December 3, 2008 in San Francisco, California. A report by The Institute for Supply Management says that its services sector index dropped in November to 37.3, down from 44.4 in October, as the service industry struggles through the weak economy. (Photo by Justin Sullivan/Getty Images)
Photograph by Justin Sullivan — Getty Images

Women and workers of color are often pushed into the lowest-paying jobs in the food service industry, according to a report from the Restaurant Opportunities Center United, a labor advocacy group.

White male food industry workers are often channeled toward the highest-pay bartender and server jobs in fine-dining establishments—positions that can pay as much as $150,000 a year in San Francisco or Oakland, according to the San Francisco Chronicle. Women are pushed toward lower-paying jobs at more casual restaurants, and people of color are channeled toward even lower-paying jobs such as bussing and kitchen positions.

The report, which is titled, “Ending Jim Crow in America’s Restaurants,” called for an end to race and gender-based discrimination in service industry hiring and promotions. “It is time to end the occupational Jim Crow that pervades the industry and ensure women and workers of color are provided genuine opportunities leading to equitable outcomes,” the report said.

Across the United States, 53% of those who work in back-of-the-house positions are people of color; in front-of-the-house fine-dining jobs, that number plummets to 22%. In fine dining restaurants, 81% of management is white, often male. Generally, across front-of-the-house jobs, white male workers are paid more on average than other workers. In California, they make $15.06 per hour on average, compared to $12.85 for non-white males, $11.56 for white women and $10.21 for non-white women.

In a statement to Eater, the National Restaurant Association responded: “This ‘report’ is nothing more than another attempt to tear down the hardworking men and women of our nation’s restaurants by a group dedicated to attacking our industry with misinformation while promoting their own agenda. These are the facts: U.S. Census Bureau data shows that growth in restaurant ownership among minorities and women outpaced growth in the overall industry during the last 10 years on record.”