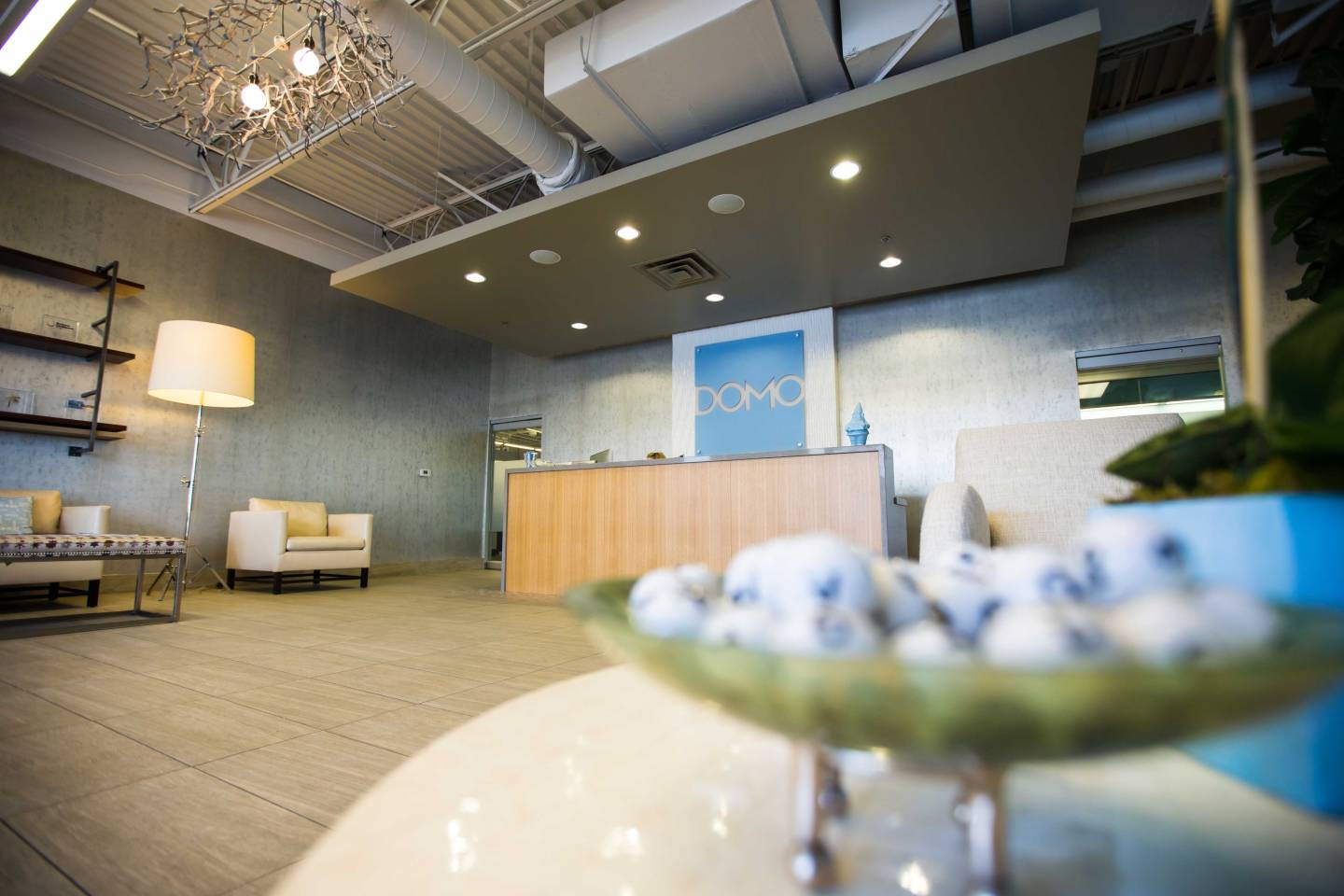 During her first pregnancy, Erica Bartsch lived in two pairs of maternity pants and rotated six different tops. “Towards the end, I thought, ‘Gosh, I hope people don’t think I’m wearing the same outfit every day.'”

Bartsch’s pregnancy wardrobe was quite different the second time around. That’s because she joined Domo, a business management platform provider, as a customer reference manager in March. And in addition to providing parental leave and a $1,000 baby bonus for new parents, the company awards moms-to-be what equates to a $2,000 shopping spree.

Every expectant woman at the company receives gift cards worth $2,000 to Nordstrom, A Pea In the Pod, and online retailer Asos that they can use to buy maternity clothes.

Domo started offering this benefit about a year ago after the assistant to founder and CEO Josh James became pregnant. James acknowledged the challenge expectant mothers face in trying to dress professionally while carrying a child, according to Cathy Donahoe, Domo’s vice president of human resources. “He said, ‘Hey, this is a benefit that I want to add.'”

The company’s parental leave package gives new moms one month leave at full pay and six weeks of leave at 66% pay, which is covered by short-term disability. New dads get two weeks off at full pay. Domo says because it’s a young company—it turns five years old in December—it can’t provide parental benefits comparable to those offered by companies such as Netflix, which announced an “unlimited” leave policy in August. So the wardrobe perk is aimed at sweetening the deal it offers new parents.

Donahoe says the $2,000 clothing stipend also recognizes Domo’s demography and “what matters to the majority of our employees.” The company is based in American Fork, Utah, just south of Salt Lake City, and while its workforce of more than 600 skews fairly young—the average age is 34—employees at the company have an average of three children per staff member.

So far, five or six employees have taken advantage of the wardrobe benefit, which Bartsch, 35, calls “life changing.”

Bartsch, who is the mother of a two-year-old and a six-week-old, put on 30 pounds during her second pregnancy. That weight gain—plus the 10 pounds she’d kept on from her first pregnancy—was “a hit” to her confidence. “Pregnancy is an awkward time for your body. You’re doing this wonderful and amazing thing while going through so many changes … the image of what you have in your head is not reflected in the mirror,” she says. And for Bartsch that challenge was compounded by her customer-facing role, which demands a professional wardrobe. “The benefit made me confident about what I was putting on,” she said.

Maternity clothes are a $2.4 billion market in the United States, according to research firm IBIS World. And because the U.S. birthrate is expected to grow at an average annual rate of 0.5% over the next five years, IBIS expects demand for maternity apparel to increase, with estimated revenue growth of 2.7% per year on average.

IBIS does not track spending per mom-to-be, but Fortune did some back-of-the-envelope math—relying on IBIS’s revenue and births-per-year figures and its analysis that 88% of maternity clothes purchases are made by pregnant women themselves. The end result—again, an estimate—reveals that spending on maternity clothes per mother, per birth has held steady over the past five years.

The money that the average expectant woman puts towards clothes during her pregnancy can be a financial burden in and of itself. And it comes alongside other massive expenses—nursery furniture, baby supplies, not to mention impending medical bills.

Bartsch earns what she calls a “very comfortable salary,” but she works remotely from Northern California, so it doesn’t go as far as it might in other places. Domo’s wardrobe perk allowed her to buy items that would have otherwise been out of reach, like $200 maternity jeans. “I would never buy those on my own,” she told Fortune. “They are so comfortable. I didn’t wear jeans in my first pregnancy; they’ve made such a big difference.”

She ended up cashing in Domo’s $2,000 wardrobe stipend for two $1,000 gift cards to Nordstrom and A Pea In the Pod. Bartsch rattles off what she bought: six dresses, eight pairs of pants, and 26 shirts, and a scarf—plus additional clothes for nursing and working out.

Bartsch says she’s considering having a third child, so she’s hanging on to her purchases and lending out a few items to friends here and there. Though if she decides to have another baby, she’ll get another $2,000 from Domo. The company gives out the benefit for every child. “We figure if [employees] wait two or three years [between pregnancies], they’ll want new stuff,” Donahoe says.