The ECB drops a heavy hint of more stimulus in December 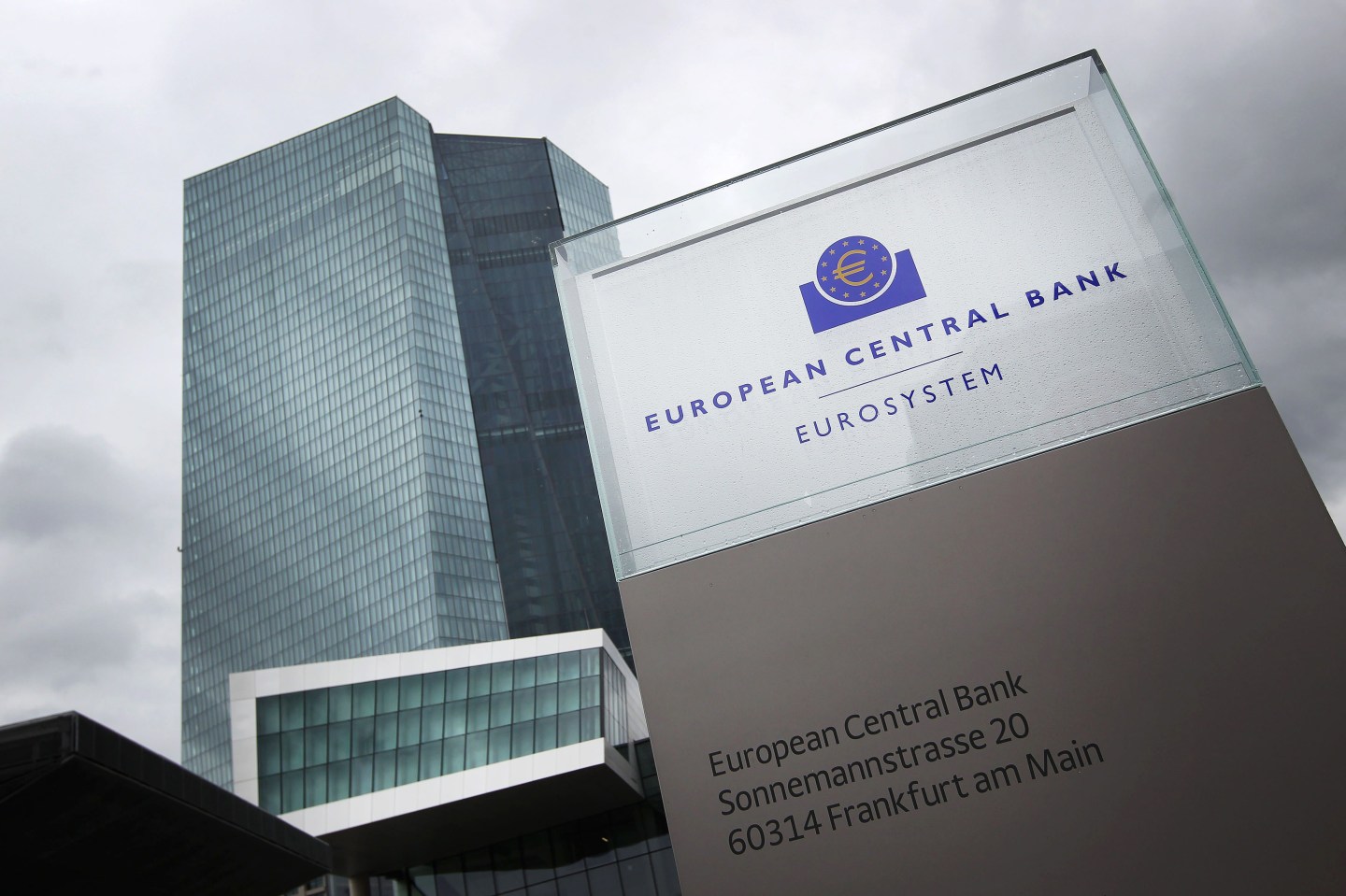 The dollar surged against the euro Thursday as the European Central Bank signalled there’s a good chance of it taking more action to stimulate the economy at its next meeting in December.

Draghi said that the risks for the Eurozone economy, which has had a tepid recovery this year despite the latest iteration of the debt crisis in Greece, remain tilted to the downside. He singled out the risks to external demand from emerging markets, “especially China,” and added that the recovery will only ever be cyclical unless governments get serious about implementing more structural reforms and investing in infrastructure to raise productivity.

Draghi played down the fact that year-on-year inflation had turned negative in the Eurozone in September, putting it down mainly to a drop in energy prices, over which the ECB has no control. However, he warned that a sustained period of undershooting inflation would make it harder to service the Eurozone’s high debts, and said the bank can’t allow expectations of a permanent undershoot to take root.

The ECB had earlier left all of its official interest unchanged, as widely expected.