Amy Schumer is getting a huge pay raise 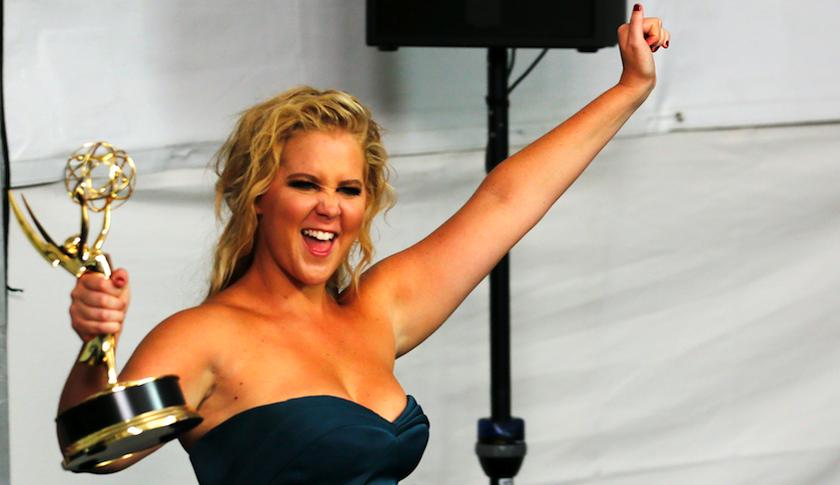 Jennifer Lawrence might need to improve her negotiation skills, but Amy Schumer seems to be doing alright for herself. The comedian’s triumphant year continues with a reported significant bump in her paycheck for a new movie in the works.

The Hollywood Reporter writes that Schumer will receive between $4 million and $5 million for an untitled Fox mother-daughter comedy, which is much higher than the $300,000 she was paid for Trainwreck, although the actress likely ended up earning considerably more in backend and bonuses seeing as the movie grossed $138.3 million over the summer.

Schumer recently signed with manager Guy Oseary, who represents pop icons Madonna and U2. She is clearly in high demand, having been able to ditch a HarperCollins memoir deal with a $1 million advance to let other publishers fight for the chance to work with her. The winning bid went to Gallery Books for $9 million. The working title for her memoir is The Girl With the Lower Back Tattoo, and it’s expected to be released in the latter end of 2016.

Just a few years ago, Schumer was a fairly unknown standup comedian. Her sketch comedy show first aired on Comedy Central in 2013, and her career began to advance beyond the network as Inside Amy Schumer gained popularity. Now, she’s everywhere.

Schumer recently won an Emmy for her Comedy Central show, and her movie, Trainwreck, earned $30 million in its first weekend, reaching third place at the box office. She hosted Saturday Night Live on Oct. 10, and her HBO special aired a week later on Oct. 17. She has even tackled gun control issues with her cousin, Senator Chuck Schumer.