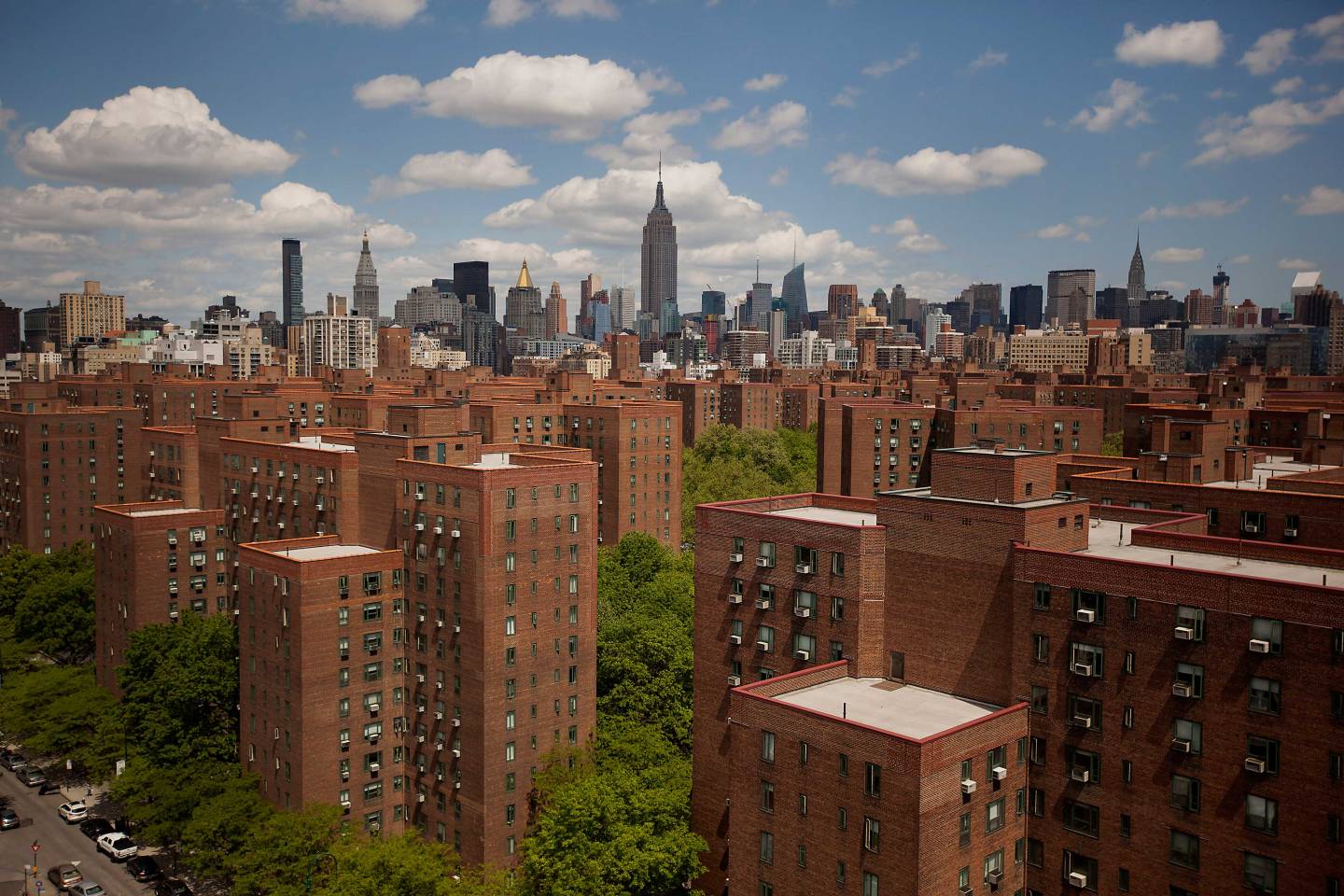 The Empire State building stands in the skyline past Stuyvesant Town- Peter Cooper Village, Manhattan's largest apartment complex, in New York, U.S., on Sunday, May 18, 2014. CWCapital Asset Management LLC, the loan servicer that has been in charge of Stuyvesant Town-Peter Cooper Village since its owners defaulted on a $3 billion mortgage in 2010, is holding a foreclosure sale on June 13 for $300 million of junior loans. While CWCapital holds that debt and is poised to officially take over the property at the auction, other bidders may come with their own plans to pay off bondholders. Photographer: Michael Nagle/Bloomberg via Getty Images
Photograph by Michael Nagle — Bloomberg via Getty Images

On Tuesday, New York City announced that Stuyvesant Town was being sold for $5.3 billion. The new owners will be private equity firm Blackstone (BX) and a Canadian real estate fund Ivanhoe Cambridge. Ownership of the 80-acre apartment complex had been in limbo since 2010, after previous owners real estate developer Tishman Speyer and asset management firm Blackrock, which had bought the complex in a record setting $5.4 billion deal in 2006, defaulted on a loan and ended up in foreclosure. Here’s what the latest sale of the mega property says about not only about real estate prices in New York, but also about the market for real estate deals in general.

1. Real estate prices may not be up as much as you think

The new deal for Stuyvesant Town values the complex’s roughly 11,250 units at roughly $471,100 a unit. That sounds like a lot for an apartment, but it’s slightly less than Tishman Speyer and Blackrock paid. Their deal valued the complex for $100 million more than the current deal.

There are some caveats here. The new deal requires that 5,000 of the apartments be reserved for families making less $62,000 a year, and put the rent of those apartments, at least to start, at around $1,500 a month. The Tishman and Blackrock deal didn’t include as big a restriction on raising rents, though the complex has always had a large percentage of rent-stabilized apartments, so that may be why Blackstone is paying less.

Still given how hot New York real estate seems to have been, you would expect after nine years the price of Stuyvesant Town would have gone up by a lot. So either Tishman Speyer and Blackrock really, really overpaid, or Manhattan real estate, at least rental real estate, hasn’t gone up as much as people think. Another possibility, Blackstone is getting a really good deal.

2. There’s less debt to go around.

The 2006 $5.4 billion purchase of Stuyvesant Town included $4 billion in loans. Tishman Speyer put up only $56 million to gain joint control of the property. And Wells Fargo, which ran the financing, seemingly had an easy time selling off the debt. The purchase this time around is expected to be much less debt-filled. Regulations make it harder for banks to lend as much to deals as the used to. And debt investors recently have grown worried about the economy. That could be an another contributing factor to why Blackstone wasn’t willing to pay more.

3. Private equity is the biggest player in real estate these days.

Real estate developers have long had a lock on deals for large building and apartment complexes. That was particularly true in New York. Tishman Speyer, a real estate development firm, was the lead buyer of Stuyvesant Town in 2006, with an assist from a financial firm. This time around it’s investment firm Blackstone that is taking the lead role in the deal. And this isn’t even Blackstone’s largest real estate deal of the year. Earlier, Blackstone agree to pay $23 billion to purchase a portfolio of properties from General Electric. It is also one of the biggest owners of single family homes, having spent $9 billion on 47,000 homes.