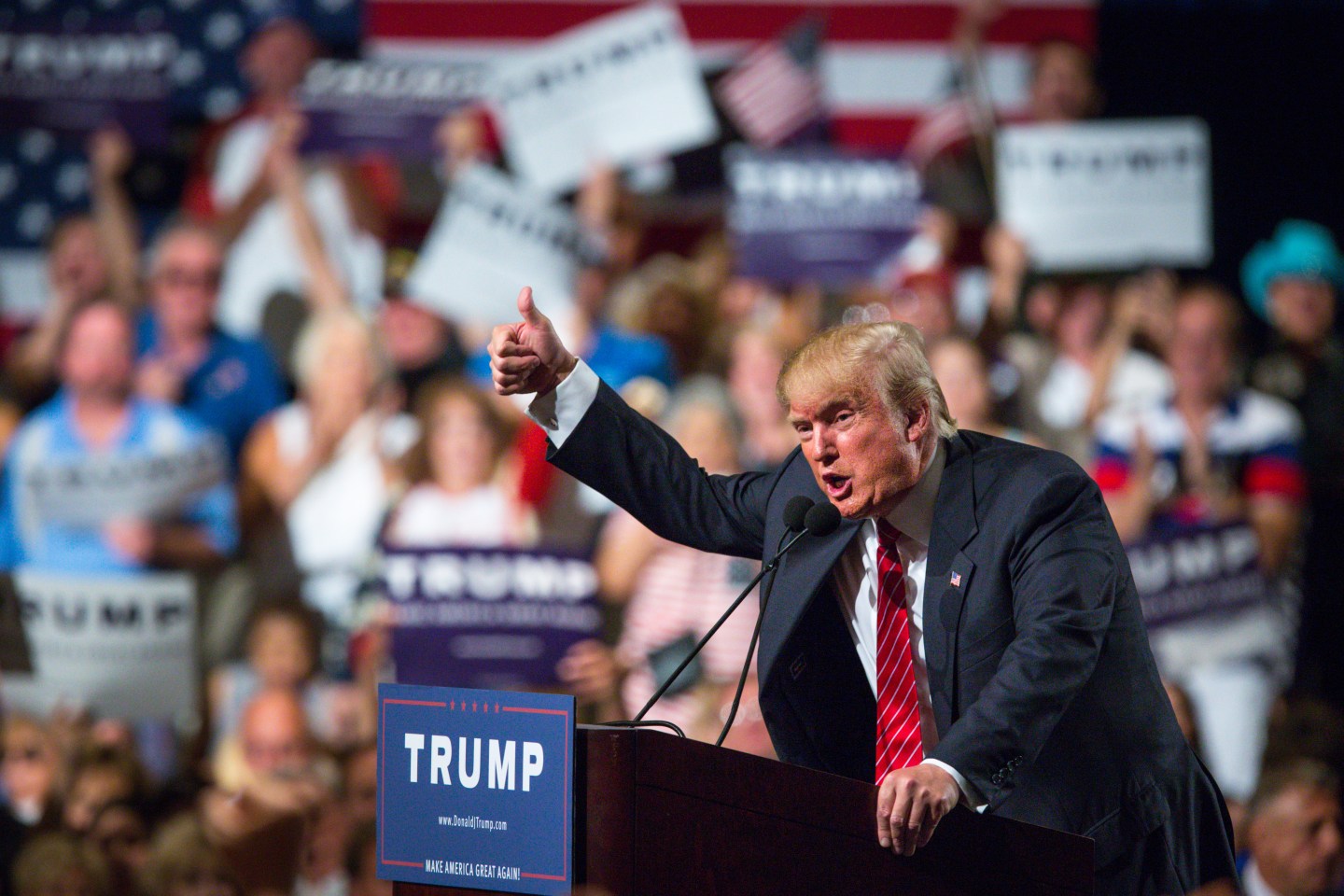 Trump’s empire, according to him, has a net worth of $10 billion and is the only line on his CV that counts. “If you can run a huge business, you can run a country,” he seems to be saying.

Carly Fiorina seems to be claiming the same thing as she touts her experience as the CEO of Hewlett-Packard (though some might add “into the ground” to that first phrase).

Both of these candidates (and every other Republican candidate) has an opinion on how to curb/reduce/eliminate undocumented immigrants. Given the business experience of the top candidates, their strategies for handling the issue are puzzling. “Let’s build a higher wall — and have Mexico pay for it.” “Let’s eliminate birth-right citizenship.” “Let’s use technology to rid the U.S. of undocumented immigrants.”

These policies fail to meet the standards of Business 101 because they ignore the cost-benefit equation of immigration. Here’s how.

Trump likely does such economic analyses all the time (or hires others to do it). He knows well that a core tenet of economics and finance is that capital earns a return and thus should be allocated to earn the highest one possible.

We see this play out in the market all the time. The owner of an acre of land will use it to maximize revenue by building a skyscraper instead of a one-story convenience store or constructing condos rather than office space.

Although the example above regards physical capital, these same decisions are made with human capital. For example, The Donald commands $100,000 or more to deliver a speech. So what’s the best use of his time? He hires a bunch of economists and finance gurus to run the numbers on prospective deals while he spends more time talking because he receives a higher return for public appearances (and continues to increase the value of his “brand”).

The numbers in the equation

Let’s imagine another Donald. Not the real estate mogul we know, but rather his Mexican namesake, a construction worker, who wasn’t born into wealth and power.

The average monthly salary for construction laborers in Mexico is the equivalent of $235. The average monthly wage for a construction worker in the U.S. is $2,499. This comparison is lopsided for any number of professions, from university professors ($827 vs. $5,747) to police officers ($670 vs. $4,734), according to federal statistical data from both countries.

The Mexican Donald interested in emigrating north asks the following question: “Is it worth it for me to cross the border into the U.S.?” He assumes the benefit is higher wages — approximately $2,264 more per month. But what are the costs?

We start counting the costs by assuming that we are talking about sneaking across the U.S. border, since the odds of securing a legal way across are relatively slim.

The costs of immigrating can be divided among those that are explicit, implicit and tied to opportunity. The explicit costs include, for example, hiring a truck to transport you from one location to another, while the implicit costs include the disconnection from community or family when moving from an originating location to a new destination. Opportunity costs include any lost wages incurred while the move is taking place or lost productivity as a result of being in a new market or having skill sets that do not immediately translate into productive work.

These costs (found here) can vary from several hundred to multiple thousands of dollars. A quick smuggle from Tijuana, for example, might cost $500, while a trek from Southern Mexico might run upwards of $10,000.

In order for someone to migrate from Mexico to the U.S., he or she must identify that the stream of benefits (wages) net of all the costs (direct and indirect) is greater than the benefits of staying in place.

In the scenario suggested, we have a construction worker who will have a wage differential of approximately $2,264 per month and would clear about $280 a month after living expenses. This immigrant will make the move as long as he has a strong belief that he will be staying in the U.S. for at least a year or two.

And, if he thinks he will stay for five years, he has a positive net present value of $12,712, assuming he saves that $280 every month during the first year and increases savings by 3% each subsequent year. The net present value, as you might recall, is a calculation that converts future benefits into present benefits (a good description is here). Considering that the wage for this person is $235 per month in Mexico, even if he were able to save $100 per month, it would have taken 127 months — or nearly 10.5 years — to accumulate the same amount of money. Under these assumptions, the cost-benefit analysis suggests the person should come to the U.S.

So how do Trump’s and other Republicans’ policies change the calculation? Building higher walls (or electric fences? per Fiorina’s technology push) and removing naturalized citizen status might increase the costs of immigrating.

Obviously, higher walls are harder to climb. But, given that crossing deserts brings a slow, miserable death to a number of these immigrants (and others will suffocate in the back of cargo trucks or be murdered by smugglers), a few more feet to climb is probably going to deter only a small number of potential immigrants.

Repealing the 14th amendment, which provides U.S. citizenship to anyone born here, might decrease the stream of benefits. This benefit was not included in the analysis above. If I had included this, the stream of benefits would outweigh the costs by even more, though it would be difficult to put a value on what it’s worth to a Mexican mother or father.

So what if Trump wanted to change the calculation?

If these “business” candidates for president want to reduce or eliminate undocumented immigrants, they have to tackle this problem from the benefit side.

The benefits used in the calculation assume that the immigrant will have a 100% chance of landing a job at the going wage. But that’s not the case in Arizona, which requires businesses to use E-verify, a system in which businesses electronically verify that the documentation presented by a potential employee has matching information between the name and the social security number (securing proof of eligibility to work). That’s a big hurdle that gives an undocumented immigrants a much smaller chance at landing a job.

Whether it’s a good policy or not, if more states adopted systems like E-verify, the cost-benefit calculation for immigrants from Latin America would look decidedly grimmer for the immigrant. If the chances of finding a job become very small, it would become much harder to justify making the treacherous trek (the costs would out weight the benefits).

All the same, like the value of giving your child U.S. citizenship, it’s hard to put a price tag on the benefits of achieving the “American Dream.” This suggests that no matter what policy Trump or others pursue to increase the cost of immigration, it will be hard pressed to work as long as the U.S. remains the proverbial “land of opportunity.”

Thomas More Smith is an associate professor in the practice of finance at Emory University. This article originally appeared on The Conversation.