WSJ report: Theranos is struggling with its blood test technology 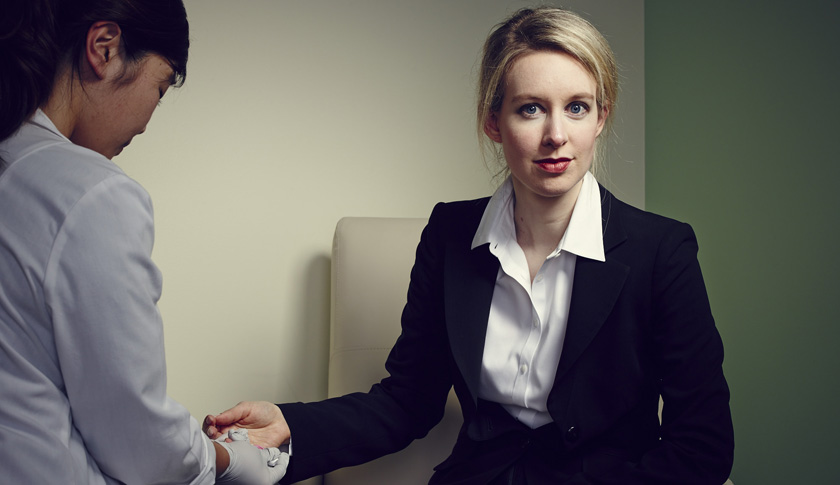 Theranos founder and CEO Elizabeth Holmes in Palo Alto in January, undergoing one of her company's finger-stick diagnostic tests.
Photograph by Joe Pugliese for Fortune

The blood test company Theranos, which has received widespread acclaim for its development of a cheaper test mainly relying on finger pricks, might not be all that it’s cracked up to be. According to a report published by the Wall Street Journal, based on interviews with anonymous former Theranos employees, only a fraction of the blood samples Theranos handles are actually processed with the company’s proprietary analyzer, which the Journal’s sources referred to as the “Edison” device. The rest, according to the report, are processed with traditional machines. The article’s sources also suggest that the small samples Theranos uses, whether collected by finger stick or by venipuncture using smaller than ordinary needles, do not always produce accurate results.

Theranos released a statement Wednesday calling the report “factually and scientifically erroneous and grounded in baseless assertions by inexperienced and disgruntled former employees and industry incumbents.” The release did not address the WSJ’s reporting that only a portion of the company’s tests were actually performed on its proprietary systems. According to Theranos, the Journal declined an opportunity to try out the “Edison” devices and compare the results to those of traditional tests.

A former senior employee told the WSJ that by the end of 2014, only 15 of the company’s more than 240 offered tests were run through the “Edison” technology. Theranos disputed that claim, though it did not specify how many tests are performed with the technology.

The report said that some employees were concerned about the accuracy of Theranos’ results. Some former employees told the Journal that Theranos may have cheated on proficiency testing of its equipment, processing samples through traditional test machines instead of the “Edison” systems. In other cases, employees alleged that Theranos’ use of small blood samples, diluted for use with the traditional machinery, increased the chance of incorrect results.

Theranos has received FDA approval to perform a test for the herpes simplex virus and has submitted paperwork to approve many more, even though the company is not legally required to do so. “We received our first FDA clearance this summer based on the very proprietary systems the story is asserting don’t work, and have submitted almost 130 pre-submissions at FDA for tests run on those proprietary systems,” Theranos’s statement said.

Fortune helped bring Theranos and its founder Elizabeth Holmes to prominence in a June 2014 cover story. At the time, the company’s private investors had valued it at around $9 billion. Its board members include Henry Kissinger and William Foege, a former director of the U.S. Centers for Disease Control. David Boies, identified as the company’s outside lawyer in the Wall Street Journal, is one of the nation’s most highly-acclaimed lawyers.