Why today’s capitalism is no longer laissez-faire 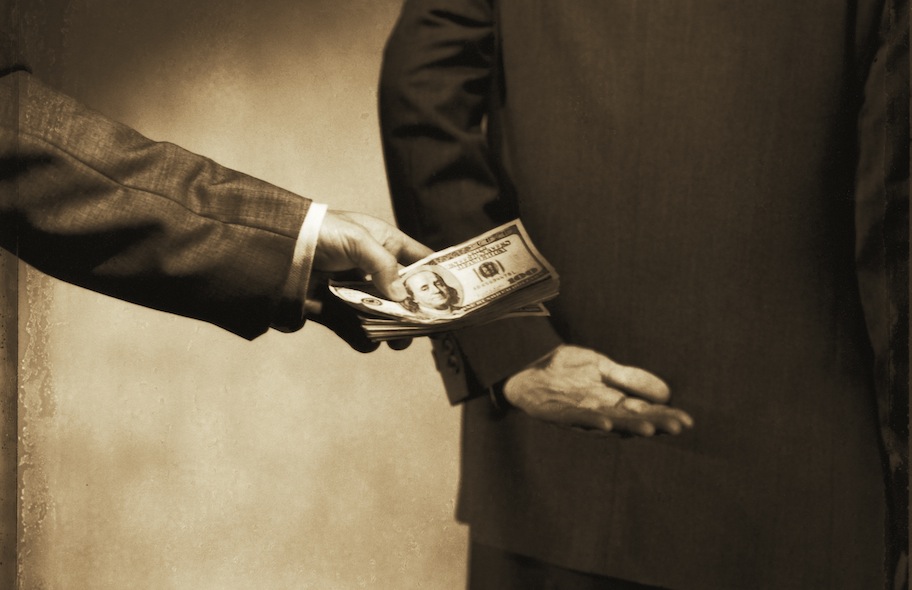 If ever we needed any evidence that we are undergoing a huge shift in the very nature of capitalism, how our economy is organized and what business fundamentally is, we need only look to how and how much new business language is being invented. While business often gets accused of being jargony, of creating unintelligible phrases, I think much more is going on with this flowering of ethically-minded language.

I believe, in fact, that we’re seeing a shift in the very underpinnings of the business world. We’ve arrived at a moment in time where those in business want “doing business” to mean much more than “It’s not personal. It’s strictly business” (to quote the Godfather.)

Today, by contrast, we are seeing the very human desire for an elevated purpose in all walks of life becoming prevalent in business, too. It’s a change that’s particularly well-timed to the evolution of the economy, fueled by revolutionary technology that makes unethical or irresponsible behavior increasingly difficult to hide. In fact, in today’s hyper-transparent, interdependent and fast-paced world, one of the best ways (sometimes the only way) to distinguish yourself from the competition is to be a force for social good. As a result, many business leaders have come to realize that to outbehave is also to outperform.

And so, leaders have been inventing more and more of what I call “transitional language” – new phrases that force us to look at traditional concepts, like “leadership” and “capitalism”, with fresh eyes — by adding on a specific “transitional” idea (usually as an adjective) like “ethical” or “conscious.” Think for example of ethical leadership, mindful leadership, sustainable development, ethical capitalism. The resulting concepts may be entirely new. But very often, we’re just rediscovering and focusing on something in a core concept’s essence from which we have become disconnected or to which we are no longer committed.

Consider two very popular new business phrases: “inclusive capitalism” and “conscious capitalism.” In the original construction of capitalism described by the late Scottish professor of moral philosophy Adam Smith, in The Wealth of Nations, great attention was given to the problems of poverty, the injustice of “masters” colluding to suppress the wages of workers, and other moral issues. So I’d argue that Smith’s classic concept of capitalism was already inherently inclusive, conscious, ethical and even moral.

Given the many abuses that have been associated with capitalism over the decades, deploying new transitional language to highlight the “inclusive” and “conscious” elements of the original idea gives a boost to those who want to encourage elevated business behavior.

It’s been a long journey from Smith’s idea of capitalism to “market capitalism,” “laissez faire capitalism,” “crony capitalism” and, lately, “patrimonial capitalism” – language that the economist Thomas Picketty has recently made well known in his critique of the system. At every turn, transitional language was deployed to re-shape our perception of the underlying concept of “capitalism,” for better or worse.

Ludwig Wittgenstein once famously wrote: “The limits of my language are the limits of my mind. All I know is what I have words for.” Transitional language pushes and pulls, extracting and inserting meaning, fighting for the limits of our imagination.

Since transitional language trains or re-trains our thinking, we should be careful in deciding when adopting it whether we really want our thinking to be reframed. Think about how the popularity of the concept “laissez faire capitalism” has changed how we all think about the nature of capitalism. It’s been a powerful idea, powerful enough to overshadow important aspects of Adam Smith’s original concepts of capitalism.

If the meaning of a concept drifts and our minds adapt to the new meaning, our collective consciousness tilts just a bit off its axis. In the case of “capitalism,” for example, I believe it’s a real loss that we’ve re-oriented our thinking and now associate capitalism with bad or amoral behavior. And that’s why the creation of new transitional language that corrects its course, like “inclusive capitalism,” can be so valuable.

Today, “fair trade,” “socially responsible” and “sustainable development” are business concepts that have become common in our everyday conversations. Will these examples of transitional language eventually become so widely accepted that they become almost beyond question as required business practices? It seems more and more likely. And the smart use of language helps explains why.

When we broaden our vocabulary, we have access to a bigger world with more options. The people who will thrive and excel in our interconnected, interdependent and fast-paced world will be the ones who embrace transitional language and unlock its transformative power.

Look at the many big corporation that have already attached themselves to this idea: Human Energy (Chevron); The Human Element (Dow); The Human Network (Cisco); We Speak Human (Ally Bank); Bank Human (TD Bank); Designed for Humans (Samsung); Be More Human (Reebok). Of course a slogan doesn’t always translate to real behavior. But as transitional language, at the very least it’s hopeful, helping to set the expectations of employees, customers and the community.

Once we realize that we can use transition language this way, our minds can be more creative and alert to newly-minted transitional phrases to help persuade people to change how they think. Of course, the ultimate mark of success for transitional language might be if it disappears, its refocused meaning now just part of the main concept.

If the business zeitgeist demonstrated by all this transitional language is elevated behavior, it follows that an emerging business strategy is emphasizing our shared humanity. After all, what is business anyway?

I can’t think of a better definition of business than human endeavor animated by a shared ethos. Humanity has always been at the core of business both in terms of who’s engaged in it and who it benefits. Isn’t it interesting, then, that the word “human” is gaining so much currency in the form of transitional phrases?

Dov Seidman is the chief executive of LRN, a company that helps corporations develop values-based cultures and leadership, strengthen their ethics and compliance efforts, and inspire principled performance in their operations. He is also the author of “HOW: Why HOW We Do Anything Means Everything. Twitter: @DovSeidman